The Life And Death Of Peter Sellers DVD Review 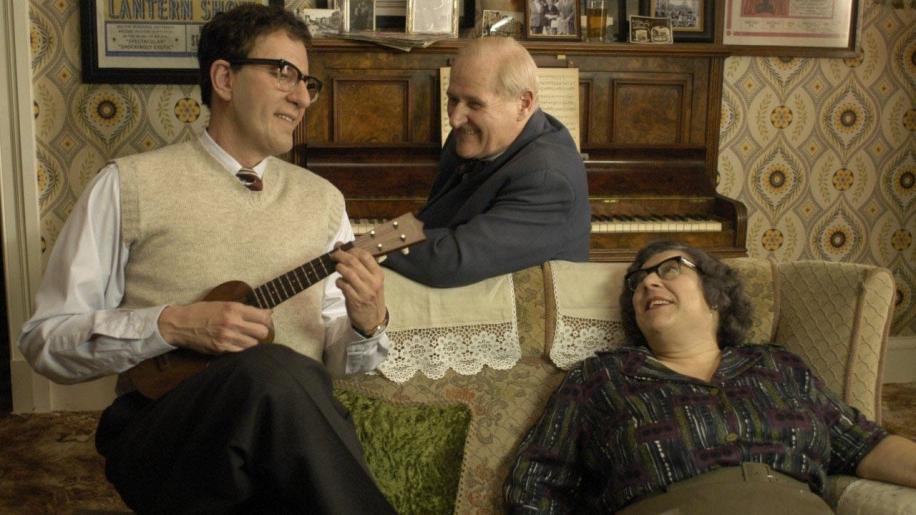 The Life and Death of Peter Sellers has received a very healthy transfer. Colour is the main positive on the picture, with great time and care taken to bring the lucid feel of the swinging sixties to life. Blues, yellows, greens and reds are the highlights here literally and add a great sense of depth and realism to proceedings, with no signs of bleeding or disfigurement. The overall quality of the picture too is excellent, with a great deal of clarity and crispness throughout, breathing a great amount of life to the film. Everything from the lavish sets of the Pink Panther, the dark, grey war room in Dr. Strangelove, the luxury surroundings in the star's hotel room, or even the sight of Sellers standing absolutely still as beautiful snowflakes full around are perfectly realized, and give the picture added class. Admittedly, there are some signs of picture grain and edge enhancements, but these are only slight and will not affect the viewing quality of the film. Presented in a main English 5.1 Dolby Digital track and a second English 2.0 surround sound track, the film's dialogue is well presented here, with great attention to detail taken to bring the actor's vocals to life, particularly in the case of Rush's almost perfect English accent, Lithgow's sterner American tone and Stephen Fry's unmistakable sarcastic and droll voice. Further down the line is the music and score, which thanks to music producers Richard Hartley and Ray Davies, is as energetic and vibrant as it was back in the sixties and seventies, full of swagger and suave. Combined with the musical works of Tom Jones, which features more than any other artist, they add a jazzy feel to an already colourful film. Two commentaries are available here, the first with director Stephen Hopkins and star Geoffrey Rush and the second with writers Christopher Markus and Stephen McFeely. Both of the commentary tracks are worth a listen, with enough anecdotes and production stories to keep fans of the film happy, as well as giving their own suggestions and opinions of the great comedian, with particularly interesting insights from Rush, who sounds as if he was born to play the role.

In addition to the commentaries, there are eight never-before-seen deleted scenes, which do little to enhance the plot, but do have some more amusing moments from Rush and are worthy of your time. There is also a documentary on the making of the film which, as with most documentaries nowadays, is of an average standard, with the usual array of interviews with cast and crew interspersed with clips from the film. Worth a watch for fans, but otherwise it's nothing special. A good package all round here, even if the extras are on the small side. But in every other way, this film delivers. Technically the DVD is as good as anything released this year with a great audio and video transfer, showing immaculate detail and class and breathing extra life into a great film. The film, despite its shortcomings, is extremely entertaining and offers an intelligent and at times quite original take on the “biopic.” Add to this some nice touches from director Hopkins, and a superb Geoffrey Rush as Sellers and you're in for quite a treat.