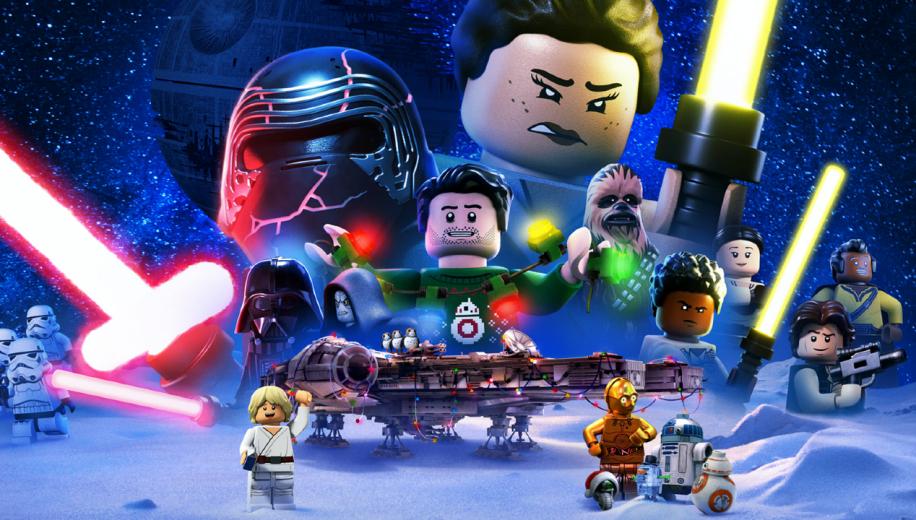 Disney's Lego Star Wars Holiday Special plays out like the comedy Endgame of the Star Wars universe, revisiting and poking fun at iconic moments across the franchise.

Somehow, impossibly, balancing honest but lighthearted critique of the entire Star Wars franchise (from the The Phantom Menace to Rise of Skywalker to The Mandalorian) with some fun Star Wars hijinks that show a genuine appreciation for the universe, the Lego brand once again hit their target, following a series of quality shorts that take on the Marvel, DC and Jurassic Park worlds, to name but a few.

Honest but lighthearted critique of the entire Star Wars franchise

This latest 'extended short' is almost feature-length, not because of its 42 minute runtime, but more because it packs just so much in, kicking off with a suitably ridiculous "Wookie Life Day" quest for Rey, who finds herself jumping through time portals and encountering key individuals from across the decades, sometimes at pivotal moments in their timelines, and sometimes dragging them along for the time-ride.

The Lego Star Wars Holiday Special isn't wall-to-wall hilarity, The Lego: Batman Movie-style, instead enjoying some more lightweight digs at the more recent movies in particular - Rey's ridiculous voice is funny mainly because it's not a far cry from Daisy Ridley's Rey - and pounding you with the kind of dense fan tributes that The Lego: Batman Movie was founded on. From two Han Solos arguing who is going to shoot Greedo first to Luke drinking blue milk to Wookies pulling arms off people and discussions over naming the second Death Star, there's just so much to absorb here, you could easily watch it twice and still not quite pick everything up.

Despite the short runtime, it's still not an utterly lean creation, playing out some moments for too long, not quite hitting the running gags expected, and perhaps not hitting home on every front, but really this is a very good little Short, nailing some great moments with perfect sarcasm and reflecting on the iconic moments and more ridiculous flourishes within the extended universe. It is well worth watching, whether you hate the way the franchise went, struggle with the prequels, or find the OT only worth revisiting if you have full power rose-tinted glasses at your disposal - or just love the whole damn universe, warts and all.