Bright, colourful and fun for all ages 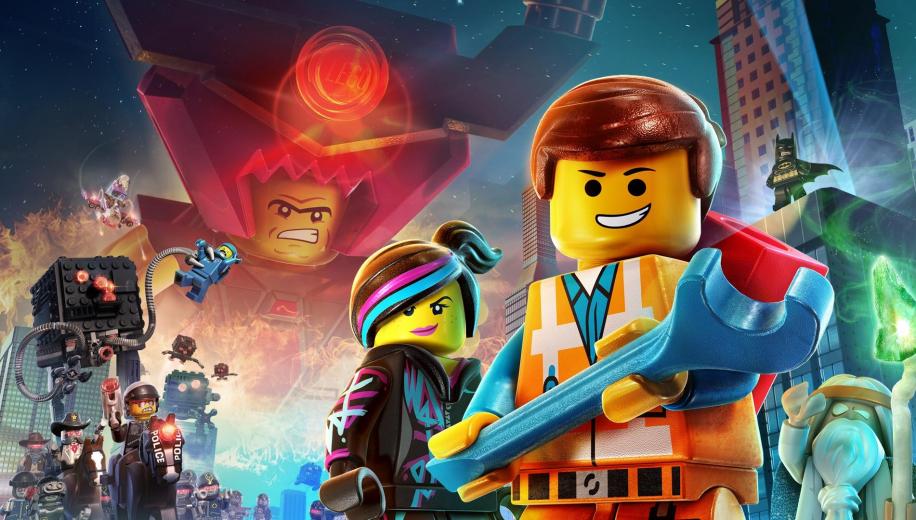 Great. I think I got it. But just in case... tell me the whole thing again, I wasn't listening.

In the greatest traditions of fun-packed adventure animation, directors Phil Lord and Christopher Miller (who brought us the equally irreverent and colourful Cloudy With a Chance of Meatballs) engage all your senses in The Lego Movie, a Lego-based story of a man embracing his inner child. The story is straight out of any Disney or Dreamworks factory: lowly worker finds himself and changes the world, but where it succeeds so well is in its delivery. Full to the brim with one-liners, sight gags, movie references and the kind of off the wall humour that simply tickles your ribs, plus all the adventure, action and stunts that would make The Expendables blush.
The film even manages some tender moments and a strong message all packed into a brisk 100 minutes, what more could you want? It took the box office by storm and did the same at home because everyone loves Lego and everyone knows Lego and whilst there are plenty of web based adventures (as well as plenty of ‘official’ tie ins) this full length feature trounces them all with its wit, charm and sass. It has plenty to say and does so with great humour. There is so much happening on screen that you need multiple viewings to take it all in, and on each successive viewing there is more to enjoy and that is what this film has in spades: enjoyment. The Lego Movie was largely computer animated and rendered at 2K, although the live action sequences were filmed digitally on the Arri Alexa camera with a native resolution of 2.8K and the entire film was finished using a 2K Digital Intermediate (DI), which presumably formed the basis for this Ultra HD Blu-ray release. The film was upscaled to 3840 x 2160p and presented in its correct 2.40:1 aspect ratio. The disc uses 10-bit video depth, a Wider Colour Gamut (WCG) and High Dynamic Range (HDR), and is encoded using the HEVC (H.265) codec. We reviewed The Lego Movie on a Panasonic 65DX902B Ultra HD 4K TV with a Samsung UBD-K8500 Ultra HD Blu-ray player.

What is immediately apparent is the amount of detail that this image contains: faded bricks, finger marks, scratches and other blemishes that all add such a sense of realism to the computer animation that not only does it look like stop motion it feels like it too. Edges are held well into the background, along with all the identifiable shapes (the sea, or smoke for example) while the foreground takes care of individual brick shapes, logos and facial expressions. The detail on the “1980-something space guy, or Benny” with his cracked helmet, faded and worn chest art are out of this world. Comparisons to the reference Full HD Blu-ray show only modest improvements, but it is there; scratches on the head pieces, or distant overviews of the cityscapes with the Lego pieces moving around, would be the best examples.


The big difference is the addition of HDR

Where the big difference comes is with HDR which means the colours are not only bright, bold and beam out of the screen, but now they beam OUT of the screen. This is true of every environment, but is epitomised with Cloud Cuckoo Land where the pinks, rainbows, sky-blue-pinks, lilacs and clear brick pieces are positively radiant. Colours continue to be suited to the environment, so in the Old West World things are sun faded and dusty; while the underwater sequence actually feels like it. Indeed all primaries have a new depth to them: reds are red, greens are green and blues, well blues have more depth, more radiance and more gradation than anything that has come before.

Brightness and contrast are set to give some really deep blacks that add tremendous depth to the picture. The animators have paid close attention to light and shade, even showing some shadow detail in places and with the added brightness of HDR giving a real punch to the image. Explosions are now nearly blinding at their hottest point, while pushing the limits of black to give a range that is awesome. Despite being in 2D, the 3D pop has never looked so real. Digitally there are no compression problems or edge enhancement but the slight banding that is on the Blu-ray also appears here, albeit less so, and certainly not enough to warrant reducing what is a reference picture through and through. There's no immersive audio upgrade but the DTS-HD MA 5.1 surround track (same as found on the standard Blu-ray release) has been meticulously crafted to give the very best to the surround environment. Effects are myriad and come at you from all corners of the room, be it building bricks, laser shots, explosions, or even dialogue! There is pinpoint accuracy given to the various flyby effects, of which there are many from the chases, sea battle, construction work etc.; seems there is always something for the surround speakers to do. Dialogue is clear and precise, it sounds very natural and is given plenty of directionality when called for. The score too comes across with gusto, the theme of “Everything is Awesome” being particularly chest thumping. Bass is well realised helping to fill out the score, ground everything in reality and push plenty of air to enforce the low end – LF effects are plentiful and rock the foundations to their core. In all the mayhem nothing is lost though, everything is well presented in the layered mix, even when turned up to 11! All the extras are contained on the Full HD Blu-ray and are the same as that initial release.

Audio Commentary – Sitting around to discuss the film are directors Phil Lord and Christopher Miller along with actors Alison Brie, Will Arnett, Chris Pratt, Charlie Day and joining them slightly later on the phone Elizabeth Banks. Basically this bunch sit around and watch the film with little or no structure to the talk, so it comes across a little unorganised, irreverent with plenty of jokes, chat and pauses – a little information about recording, casting, design and story development is covered but is mostly inane chat.
Batman’s A True Artist – A (stop motion) ‘video’ of Batman’s self-recorded song featured in the film (and end credits).
Michelangelo & Lincoln: History Cops – Brief trailer (stop motion) for an unmade film.
Enter the Nijago – Brief extract showing scenes from the film now with added ninjas and ninjas on skateboards.
Behind the Scenes: Bringing Lego to Life – Twelve minutes of making-of footage introduced and narrated by Emmet. Does go a little into the making of the film, when it’s not trying to be funny, few interviews with cast and crew – highlight, the trip to Legoland Denmark.
Everything is Awesome Singalong – Sing along to this annoyingly addictive song.
Behind the Scenes: See it Build it – Actually split into six different sections; Introduction with Senior Designer Michael Fuller, Build the Double Decker Couch, Build Emmet’s Car and Introduction with Modelling Artist Adam Ryan, Digital Double Decker Couch, Digital Emmet’s Car all of which are no more than two minutes at their longest. Basically the former shows you how to build with Lego, the latter how to use Lego's free to download software Lego Digital Designer.
Behind the Scenes: Stories from the Story Team – A couple of the storyboard artists talk us through some early scenes accompanied by the animated storyboard itself.
Fan Made Films: Top Secret Submissions – The full versions of the mini films featured in the film sent in to the production team when they asked for ideas.
Outtakes – A take on the Pixar made up ‘outtakes’, quite fun actually.
Additional Promotional Material – Teaser trailers basically.
Alleyway Test – First use of the software used to animate the film, surprisingly good actually, see the different designs used and how the programme developed to the finished product.
Deleted Scenes – Two in total, presented in storyboard animation with different actors playing the voices. Who doesn’t love Lego? It has been around for over fifty five years and is the most played with toy in the world. And taking that simple premise, a toy that everyone knows and wants to play with directors Phil Lord and Christopher Miller weave a story that encompasses simple but relatable elements and delivers them with a bazooka of irreverent humour. Filling the frame with every Lego piece that exists in wild and wonderful concoctions (just how Lego should be played with) and delivering a strong message with plenty of humour is a winning combination. Plenty of acting heavyweights add their voices but it all comes second place to the fun packed enjoyment of the piece.


A clear winner that improves from the standard reference Blu-ray

The 4K Ultra HD Blu-ray disc of The Lego Movie from Warner Bros. is a clear winner improving from the standard reference Blu-ray in terms of detail, but specifically the HDR which really adds to the dynamic range, colouring and depth of the image. The 5.1 sound is just as good and pays dividends in its bombastic but pinpoint delivery. Whilst the extras package looks to have plenty of material, it is all of the lightweight variety, but it does round off what is a terrific set for a terrific film.