This song IS going to get stuck inside your head. 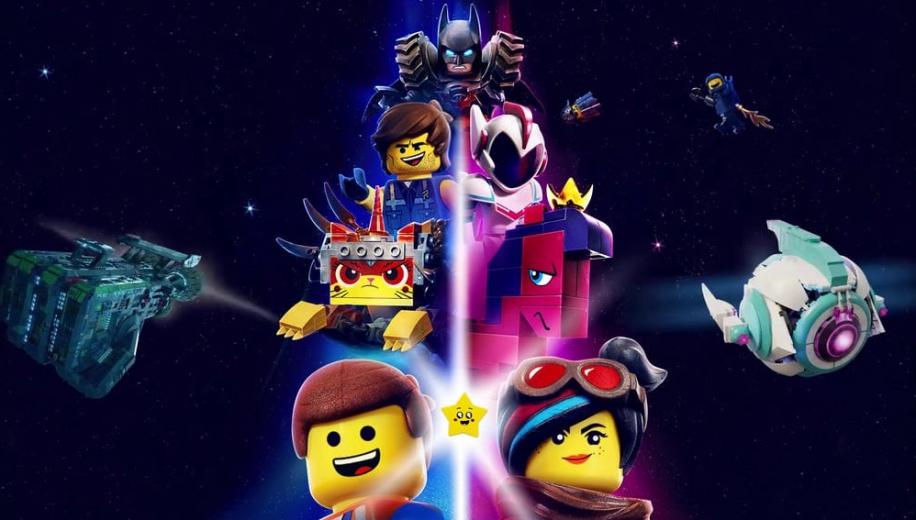 While visionary writer/directors Lord and Miller were busy on the stunning Spider-Man: Into the Spider-Verse, the Lego series tried its best to continue on without them.

It feels like a long five years since the release of The Lego Movie, a surprise gem of a film which blindsided audiences by delivering much more than anyone would expect from an ostensible toy tie-in film. Writer/directors Christopher Miller and Phil Lord worked some serious magic, emphasising the world-building strength of the versatile and imaginative brick-building universe, developing superior characters (Batman was such a standout he earned his own much-deserved spin-off) and cleverly tying it into the real-life fun that kids actually have playing with Lego.

Colourful, vibrant, fast-paced and hilarious, the duo did the largely unthinkable - at least outside of Pixar - and provided a feature which appealed to adults and kids in equally effective ways. Whilst the dynamic filmmaking duo didn't initially return to helm (or even write) the spin-offs (the hilarious Lego Batman Movie and the surprisingly effective Lego Ninjago Movie), and whilst they don't reprise directorial duties for the sequel, their screenplay work is certainly still evident here, with franchise newcomer director Mike Mitchell (Trolls) fashioning a solid sequel which lacks the originality of the first, but at least retains some of the charm.


A solid sequel which lacks the originality of the first, but at least retains some of the charm

It's the Lord/Miller stamp that leaves us with the fabulous nods to Mad Max: Fury Road, He-Man (Alison Brie's Princess Unikitty can now turn into Battle Cat), the Lord of the Rings, and the Justice League ("Marvel won't return our calls"), bringing arguably two of their best characters even more into the fore this time around - Will Arnett's Batman and Elizabeth Banks' Lucy - whilst Chris Pratt gets his own multi-faceted character arc involving Looper-style time travel, and references to just about every single one of Pratt's major roles (from Guardians through to Jurassic World) as the film tries to continue the trend of appealing to adults as much as kids and largely succeeds.

Sure, as with Incredibles 2, the villains are an issue (neither Stephanie Beatriz's General Sweet Mayhem nor the uber-villain, Tiffany Haddish's Queen Watevra Wa-nabi are much of a threat), often hampered by the narrative twists; colourful attempts at misdirection which don't quite deliver the payout you need. Yet, despite these shortcomings, the result still gives birth to some fun sequences along the way to the clever finale (involving Bridesmaids' Maya Rudolph on scene-stealing form filling the void from Will Ferrell's absence), not least the "this song's gonna' get stuck inside your head" Catchy Song sequence, a sing-off with Batman and some galaxy-hopping insanity for Emmet involving a hilarious nod to him befriending Raptors.

The Lego Movie 2 gets enough momentum from a solid opening salvo to navigate the slower middle before it hits its stride in the end run, and, as sequels to amazing original movies go (look at the Despicable Me sequels, Toy Story 2, or even the aforementioned Incredibles 2), even whilst it can't quite match up to the "everything is awesome" first film, it does a strong enough job delivering the goods to keep franchise fans cheerily entertained and more than happy to wait for what's next in store with this wonderfully realised universe, likely with a brand new song stuck inside their head.

The Lego Movie 2: The Second Part comes to UK Ultra HD Blu-ray courtesy of Warner, matching up to their US release from just a couple of weeks ago, and delivering the same largely excellent 4K presentation.


Most will know what the Lego franchise has to offer in terms of eye-searing vibrancy, and this chapter just dials that all up to 11

Let's get all that upscale nonsense out of the way to start with - animated films in particular (and that's if you haven't already been wowed by the likes of Aquaman, of late) benefit from the HDR and WCG implementation to such an extent that it often makes a tangible difference to the level of visible detail, where stronger colours are given broader breadth and depth and the information revealed allows for much more nuanced texturing. So, although this is merely a 2K upscale, it is still a step up from the Blu-ray counterpart, popping with an almost 3D vibrancy to the handling of the palette, rendering stronger, richer and more vivid tones (the villains enjoy some wonderful hot pinks and purples), giving those distinct Lego yellows prominence, handling the peak whites with intensity, and delivering deep blacks to underpin the whole thing (particularly evident when we hit space).

All of this means better clarity, detail, colour, contrast and pop, bringing the flat image to life and making for a positively demo experience. Most will know what the Lego franchise has to offer in terms of eye-searing vibrancy, and this chapter just dials that all up to 11.

On the aural front, it's utter reference time with a stunning Dolby Atmos track that puts a spotlight on one of the most important - and absolute best - elements in this sequel: the score. Whilst dialogue remains prominent and effects bounce around the soundstage, the songs and score keep the momentum going even when the narrative lets up, making for a more immersive audiovisual experience.

As stated, dialogue - often coming with razor-sharp wit, at breakneck speed - takes precedence over the frontal array, disseminated clearly and coherently throughout, with effects bringing life to the Mad Max opening, before taking us on a wilder - even louder - galaxy-hopping blast. Bigger battles and Master Builder setpieces buzz with striking intensity, spinning out across the array, whilst the score feeds the fast pacing of the piece, and key song tracks light up the entire stage. It's a hectic, engulfing film gifted an equally frenetic, demo audio track.

Aside from a welcome Audio Commentary from not only the new director but also writer/producers Lord and Miller, everything else is ported over onto the accompanying Blu-ray disc. Thankfully it's a very good selection of extra features.

A Lego Short gives us a little more Emmet, whilst 12 minutes of short and largely unfinished Deleted Scenes offer a feel for some of the ideas they decided not to run with through to completion. There's an Everything is Awesome sing-a-long option which actually offers a lot more than just subtitles for the songs, dipping into trivia and interactive games along the way to draw you in, and there's also a 10 minute Making-of Featurette. A Music Video and Trailer Gallery rounds out the disc, which basically covers all the bases.

Whilst it can't quite match up to the "everything is awesome" first film, it does a strong enough job to keep fans entertained

Warner brings The Lego Movie 2: The Second Part to UK 4K Ultra HD Blu-ray disc with the same stellar package that they delivered to the US a few weeks back, affording excellent video and stunning Atmos audio, as well as a very good selection of additional features. Fans of the first film, and of the greater Lego universe as a whole, should consider this a worthy purchase.