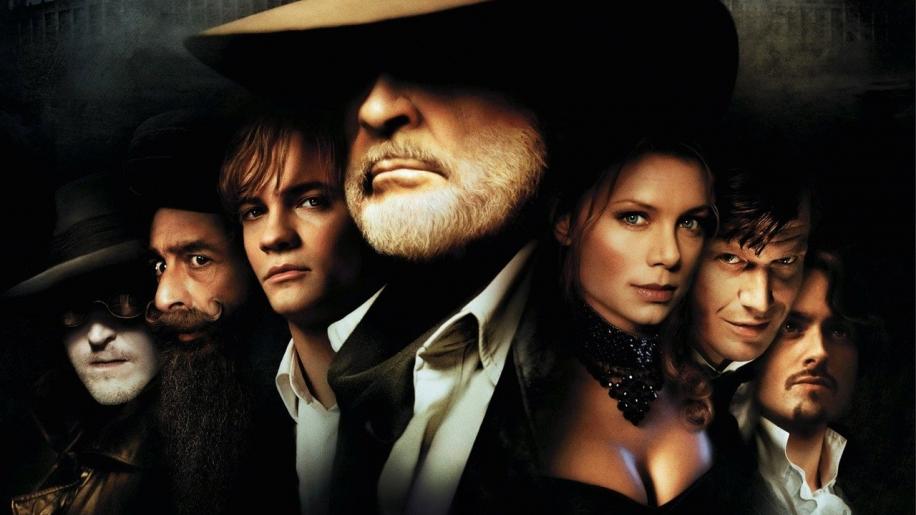 The League of Extraordinary Gentlemen Movie (2003)

Based on the excellent graphic novel by Alan Moore and Kevin O'Neill the League of Extraordinary Gentlemen (LXG) is a tale set in an alternate Victorian universe. At a time when the sun never set on the British Empire a threat to world peace and stability has arisen, the Fantom. Setting one nation against the other with murderous assaults on both sides the Fantom hopes to clean up by offering his incredible advanced arms for sale to the highest bidder. As the world teeters on the brink of war the British Secret Service (including M) decide the Fantom must be stopped, and in doing so they draw together an unlikely band of allies. Characters from Victorian literature, including Allan Quatermain (Sean Connery), Mina Harker (Peta Wilson), and Dr. Jekyll (Jason Flemyng) are persuaded to answer a call to arms, and in so doing form the League, the worlds first troupe of superheroes.

Now I know your thinking that this is a load of old tosh, but give it a chance. After all not so long ago you may well have been saying the same thing about elves and wizards. Director Steven Norrington was responsible for bringing us Blade, another comic book movie, with great effect. Unfortunately the LXG is not quite such a resounding success, nor is it the turkey many critics would have you believe. LXG suffers from lacking a focal point. As with the first X-Men movie, the need to develop so many characters at the same time as tell a credible story leaves this movie falling between both stools, i.e. some characters are one dimensional, and the story seems perfunctory, taking huge leaps in logic and credibility. What we are left with is a film of special effects, and in a post Gollum world, even the excellent effects on offer seem slightly second rate. Five years ago we would have been singing its praises, but now? This lack of narrative and emotional focus engenders a so what attitude among an audience becoming blasé with what we now expect from our movies. At the end of the day it is always characters and story that drives a movie, and this film has too many of one, and not enough of the other to make it anything more than disposable popcorn fodder.