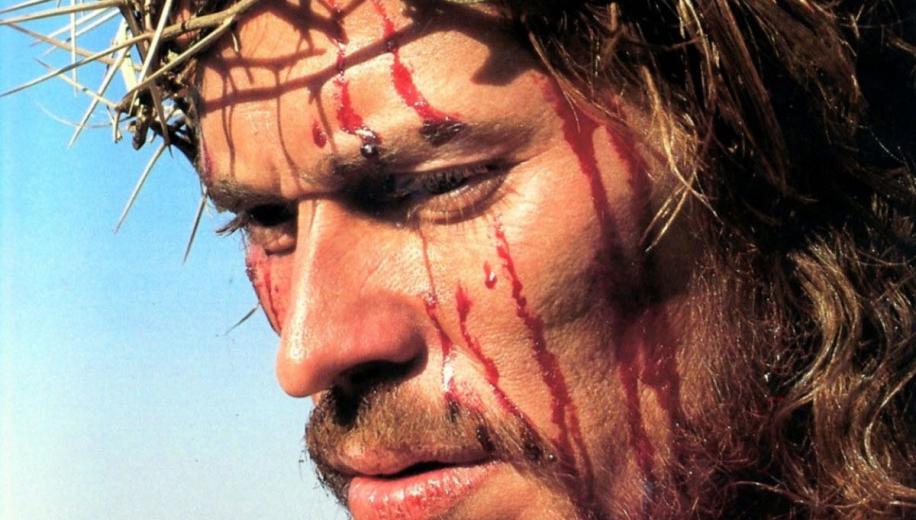 One of the most thoughtful and thought-provoking films ever conceived; acclaimed auteur Martin Scorsese’s most overlooked and, arguably, most powerful masterpiece; and one of the greatest movies ever made.

Dismissed and derided, for supposedly being blasphemous, by members of the press and public, many of whom had not even seen the film, this is actually one of the most accomplished tributes to faith that has ever been translated to the Big Screen.

Adapting Greek philosopher and author Nikos Kazantzakis's 1951 novel, Scorsese arguably set himself the most audacious challenge of his career, turning this 'non-canon fiction' into a worthy companion-piece to the teachings of the Bible. He succeeded in more than just that, framing a genuinely adult reflection on the true meaning of sacrifice, which transcends mono-religious views to apply across the board to anybody who has ever questioned their faith in whatever religion they might subscribe to. Indeed, where the Scriptures are arguably written in such a distractingly antiquated way, the movie makes the underlying principles much more accessible and relevant; justice, forgiveness, charity, and, of course, love – it’s all in there, the message remaining important however religious or non-religious you are, and appealing to those who are simply principled.

Of course, beyond the message, we have the film itself, which is itself a technical masterpiece, the powerful story made great by Scorsese’s minimalist vision – still stamped with all his stylish trademark flourishes – enriched by a superior, Award-nominated score by Peter Gabriel, and driven by superbly-rendered characters brought to life with an array of familiar actors who are all on tremendous form. Willem Dafoe (recently in Aquaman) leads the cast as the tortured Jesus, supported by an array of memorable players, including Barbara Hershey, Harry Dean Stanton, Victor Argo and even David Bowie, although it's arguably Harvey Keitel's seminal reinvention of Judas that stands out reminding us that his early work with Scorsese on Mean Streets and Taxi Driver, and this remains the best of his career, making you wonder why he didn't quite achieve the same levels of acclaim as peer and frequent Scorsese production co-star, Robert De Niro. Hopefully, their reunion in The Irishman is worth the wait.

This was the second time that Scorsese would be nominated for a film that he deserved to win the Oscar for (after Raging Bull) and not the last time either (The Aviator), and it is bewildering to think that, even over thirty years later, it is still banned in nations around the world. Clearly deeply misunderstood, for those who have never heard of the film, or have always been discouraged by the controversy, it comes highly, highly recommended. The Last Temptation of Christ is presented in its original aspect ratio of 1.85:1. Black bars at the top and bottom of the screen are normal for this format. Supervised and approved by cinematographer Michael Ballhaus and editor Thelma Shoonmaker, this high-definition digital transfer was created on a Spirit Datacine from a 35 mm interpositive. Thousands of instances of dirt, debris, scratches, splices, warps, jitter, and flicker were manually removed using MTI’s DRS, Pixel Farm’s PFClean, and Image System’s Phoenix.

The Last Temptation of Christ finally comes to UK shores with what is essentially the same release that they delivered to the US on a Region A-locked disc back in 2012. Thankfully, the remaster still stands up, delivering an excellent 1080p High Definition video presentation in the movie’s original theatrical aspect ratio of 1.85:1. Detail is superior throughout, both on the close-ups and the longer shots, with no noticeable softness, irrespective of the lighting. Whilst the image has been cleaned up, the natural and pervasive filmic sheen of grain remains intact, with strong detail remaining visible beneath, and there’s no sign of any scratches, print damage or other defects, aside from maybe a hint of ringing quite early on in the piece, which was negligible and never reoccurred. The contrast levels are superior, allowing the film to stand out, irrespective of the setting, although obviously some of the darker sequences do carry slightly heavier grain. The colour scheme is superbly rendered, with the stunning yet blistering desert playing off against the dusty inner buildings, bolstered by ageing pillars. Criterion has once again done an exceptional job and there's no need to get too worried about the fact that they haven't done yet another remaster for what is essentially a US port. On the aural front we get a similarly superior port of the US release's DTS-HD Master Audio 5.1 track that was supervised by sound editor Skip Lievsay. The audio works wonders with Peter Gabriel’s stunning score, which is easily the high point. Dialogue comes across clearly and coherently throughout, dominating the frontal array wherever necessary; taking precedence over the rest of the material. Effects are finely observed, often to highlight the more supernatural aspect of the material, with everything from nails entering flesh, to snakes and fire in the desert, to the wind blowing as if commanded by God’s hand, all coming across through the surrounds which even offer up some nice separation. Angry and cheering crowds abound, a wedding party ignites, and some of the more violent confrontations allow things to further expand in aural terms, but the biggest player is still the spectacular score which, right from the outset, bolsters the movie with its rhythmic, bass-inducing beats and authentic, organic feel. 
The same extras, but thankfully it's a decent set

Headlined by an Audio Commentary featuring director Martin Scorsese, actor Willem Dafoe, and writers Paul Schrader and Jay Cocks, there's also a wealth of gallery material and research material from Scorsese himself, with particular focus on the locations and costumes, and some further location production footage shot by Scorsese. The disc is rounded out by an Interview with composer Peter Gabriel and stills gallery of the instruments used, and the package is finished off by Criterion's usual lavish booklet. Martin Scorsese’s breathtaking The Last Temptation of Christ is a film that simply everybody should see. Enshrouded in controversy, its notoriety is unjustified – this film is far more respectful and far more powerfully religious than its critics would care to admit, often because those who condemn the movie (and its source novel) haven’t even seen it. It is, in actual fact, one of the most thoughtful and thought-provoking films ever made, a study of faith, humanity, and existential inner conflict, all rolled up in an epic tale of the struggles between the flesh and the spirit; between good and evil.


A must-have purchase for your collection

Criterion have taken their sweet time getting this classic over to UK shores (licensing restrictions notwithstanding - as it looks like Mediumrare released it here in the intervening period), and it's a little disappointing that it is exactly the same package as that 2012 release. For those who haven't gotten around to picking up this classic, then they've certainly done a stunning job with the video, audio and extras, and it comes as a must-have purchase for your collection.