The Last Of Us PS3 Review

A dark journey from the masters of linear story-telling 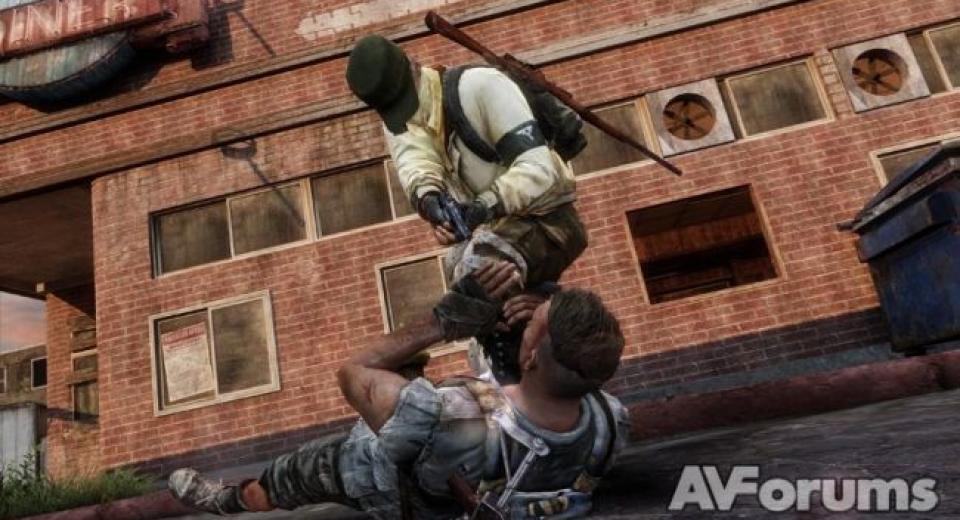 Naughty Dog have done well, managing to avoid criticism for only releasing one IP per generation for a long time, whilst steadily building their reputation. From purveyors of quirky action platformers to arguably the industry’s leading AAA action-adventure developers, thanks largely to the critically acclaimed Uncharted series. But now they step out of their comfort zone, with a new franchise set to wag the tail of this console generation.

Watch a brief trailer for The Last Of Us and you’d be forgiven for thinking this was little more than an alternative Nathan Drake outing, but you’d be wrong. The similarities are obvious: a visually slick third person action adventure featuring a male protagonist which mixes shooting and melee combat for cinematic effect. However, gone is the happy-go-lucky Drake, and in his place is Joel, a broken man surviving in a world gone to hell thanks to a weird fungal infection that has more than a hint of zombie-lore about it. To say the tone of the two franchises are different would be the understatement of the year. It’s hard to get into plot detail in a review without spoilerage, but Joel ends up chaperoning a young girl - Ellie - across the post-apocalyptic landscape; dodging and fighting both the infected as well as the humans who’ve long since thrown off the shackles of traditional morality.

After a brutal prologue that positively tears at the heartstrings in a manner reminiscent of Heavy Rain, waking up to find mankind on its knees almost seems a relief. Uncharted’s narrative was always pushed to the fore, it was a story-driven series that relied on the likability of the characters and the Indiana Jones feel the globe-trotting artefact discovery evoked. That approach has been skewed with more mature characters and ratcheted up to eleven. Naughty Dog have not only put into place cut-scenes with top notch voice acting and cinematics though, the world created becomes another character. The story of the fall of civilisation slowly amasses many layers thanks to the notes left and the empty rooms you’ll wander through. Seeing a family home with random blood stains and hastily vacated children’s bedrooms resonates. Many games have played the same hand, but few - if any - as well.

The key term is survival - you work to stay alive, and learn of the struggles of others attempting to do the same. You’ll collect weapons to aid you, but ammo and med-kits are scarce, leading to a Resident Evil vibe of weighing up when to engage an enemy and when to save your bullets. Whilst Capcom’s original title offered gamers a true choice - you could navigate large areas of the mansion without ever engaging enemies - The Last Of Us often merely alludes to this choose-how-you-play ideal. The stealth system is deeply satisfying, but the encounters you’re placed in are often pre-arranged to make your decision for you, channeling you left or right down a street and making it clear than non-confrontational pacifism probably won’t be enough to trigger the next cut-scene. This isn’t a criticism, but an indication of Naughty Dog’s craft; they don’t aim to empower the gamer through total freedom but rather navigate them to the high points through a more linear, but extremely polished, tunnel. What TLOU adds to that formula is a lot more leeway and some expansive combat environments. Once your arsenal starts to build, it becomes a playground of tactics as you uncover your own style for whittling down the enemy ranks one by one. A sneaky stealth throttling may be in many games, but it’s rarely as satisfying as when you know you’ve not expended the shiv or bullet that may end up saving your life.

The tension is increased even further between combat scenarios simply by the realism that’s been poured into every facet of the game. No map, minimal HUD, no objective marker (unless you ask for a hint) and melee weapons that’ll break. The well observed details of the empty streets and vacated houses are myriad, but even overlooked basics such as inventory management are recreated with a push for realism. You craft tools such as molotovs and med-kits by picking up assorted household items and assembling them, but this takes a moment or two and neither the game nor your enemies will pause whilst you do so.

You also need room to bend over and look into your backpack, so if you’re in water or limited space, it’s off limits. Weaponry can be upgraded, but only at certain work benches which are few and far between, and the skills to unlock the ability to do so at a decent level must be uncovered by finding manuals littered around the environment. Thus exploration and pre-planning are essential, as underpowered weaponry and attempting to craft mid-battle can prove fatal. Luckily you should know when you’re safe as there’s a “listening mode”, which roughly equates to Batman’s Detective Mode - enemies are highlighted through walls thanks to the noise they’re making. If there’s one element that lets down this noble ideal of a realistic world, it’s the ally system. In gaming terms, TLOU is unfortunate to have landed post-Bioshock Infinite; a dependent rather than a true ally seemed like a milestone we’d gone past. To avoid the inevitable blowing of cover by an AI, all those who tag along at various points are undetectable by enemies. This shatters the realism, but was very necessary; although they are well scripted, voice acted and expertly animated, they are far from perfect when push comes to shove. Don’t be surprised to find yourself in a tight spot, turning around, only to see Ellie standing like a lemon blocking your path, doing the old NPC dance. This isn’t even really a fly in the ointment though, as most of the time your eyes will be front and centre, and if you do have to backtrack quickly you’ve likely screwed up and will simply restart the encounter.

Implementing a “wait here” system might’ve seemed a plausible solution, but that would only further detach you from Ellie, which defeats the point of the game. Any apprehensiveness you feel when in combat doesn’t really emanate from the stealth, which is arguably too easy on standard difficulty (even I, a ham-fisted MGS controller thrower waltzed most sections) and undermined by allowing excessive utilisation of listening mode. Nor does it come from your scrabbling for limited supplies, those are additional burdens. No, the true orchestrator of those racked nerves is the journey itself and the girl in your care; it feels like an odyssey, well paced but gruelling, and the series of encounters are trials to be endured and survived so you can get to the ending, which - no spoilers - maintains the game’s maturity and appears designed to get tongues wagging.

Given that searching every nook and cranny is more essential to success than it was in Uncharted, the impetus to go back to find every collectible is minimised as you’ve likely found most. Thus, a multiplayer mode - the standard route to alleviate quick trade-ins which might hurt full priced sales - is employed. Here there’s a faction system, where you must choose and allegiance to either Hunters or Fireflies and, based on your success in the loosely narrated arc, your clan will thrive or perish depending on your success; in essence it's stealth-based team combat with the caveat of limited ammo/supplies. Supply Raid and Survivors play out similarly as the 4v4 team mechanics really only differ at their core in one offering the ability to respawn. There's added depth thanks to the collection of supplies and monitoring your clan's growth over a number of in-game weeks, but additions like the brutal executions point to a multiplayer experience unsure of its own somewhat studious appeal. Once you scratch the surface, get drawn into the cycle of acquiring supplies and - most importantly - appreciating the slow burn combat scenarios which necessitate genuine teamwork, it becomes apparent that this is far from the tacked on afterthought it might initially have been assumed to be.

The Last Of Us PS3 Review

The Last Of Us is extremely accomplished in almost all departments, but it’s the narrative that truly shines, not just in cut-scenes but in the asides between the characters that add layers to the core relationship. It’s a bold story - albeit not wholly original in set up - told in a cinematic way and the combat is an inventively violent mix of playground stealth-lite tactical arenas and full-on set-piece confrontations. The tale is everything though, and the level of attachment it evokes to your ward is comparable to the best the medium has offered - Aeris, Yorda...Ellie?