‘Once the actual combat began, chivalry was dead...’ 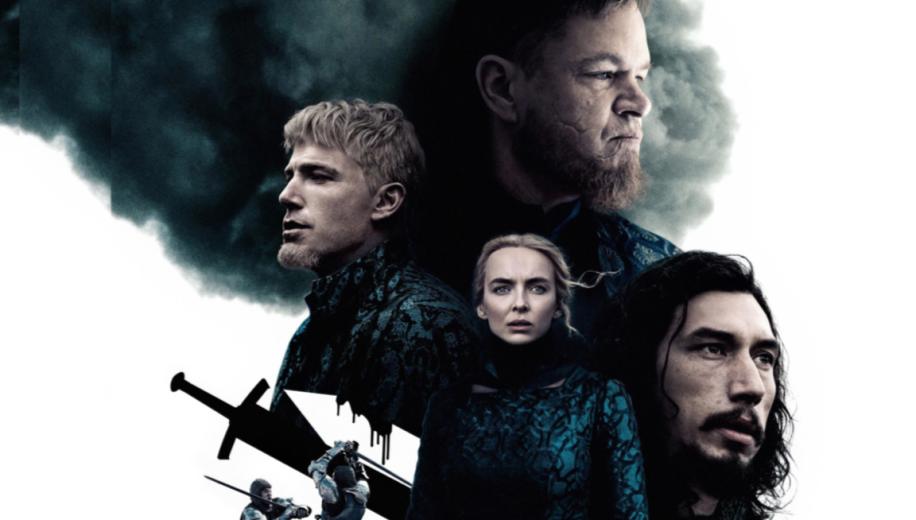 The Hollywood powerhouse trio of Scott, Damon and Affleck tackle a very modern tale from a very unmodern time.

On the 18th January 1386, in an almost unprecedented move at that time, a woman accused a man of rape. At this time, rape was not a crime against the woman, it was a ‘property crime’ against the man who ‘owned’ her. And the consequences of the woman for bearing false witness against any man was to be burned alive at the stake. Something which was not lost on the women of the time, meaning most, if not all, let such a crime go unpunished and even unreported.

However Marguerite de Carrouges was different.

And it’s her story that Ridley Scott, Matt Damon and Ben Affleck are now sharing with us. Well, not quite...

While Scott is no stranger to medieval times (Kingdom of Heaven in its director’s cut is underrepresented in Sir Ridley’s many cinematic plaudits), Affleck and Damon are. Their first screenplay after the Oscar-winning Good Will Hunting is a massive change of pace and scope and between these three, fellow screenwriter Nicole Holofcener and novelist Eric Jager, whose book the screenplay is an adaptation of, they’ve conjured up an intriguing take on the infamous historical event that ended with France’s last legally sanctioned duel.

Beginning with the duel, the film immediately shows Scott back safely in his wheelhouse – swooping visual effects shots fly into 14th century Paris, a half-built Notre Dame on the skyline and thousands of spectators crammed around a tiny arena. A montage showing both fighters preparing show that the film means business, the armour and weapons looking heavy, sharp and horribly realistic. And just as the pair have entered the arena, horses mounted and final words spoken, the film suddenly begins its cinematic sleight of hand.

It tells the story leading up to the duel from three different perspectives – the two male protagonists and Marguerite herself, with each one written by a different writer; Damon takes the first chapter, that of the husband, with Affleck taking the accused’s (Jacque Le Gris) story and Holofcener the third and final part, Marguerite’s. At first, this structure feels clunky with no framing device to understand why the film is taking this structure, a la its very famous progenitor Akira Kurosawa’s Rashomon; it feels disconnected, a cinematic conceit rather than an organic or emotional way into the story. Characters are fractured, arcs are split and there’s no immediate sense of payoff from this, that sense of artifice compounded as each chapter doesn’t show the same events from a different point of view, more that each fills in narrative gaps in the other parts. It’s a strange structure and one that isn’t wholly successful…

…and yet the film still manages to engage, excite and intrigue. The three leads – Damon as the brutish husband Jean de Carrouges, Adam Driver as Le Gris and Jodie Comer as Marguerite – are fantastic, imbuing each character with a sense of person, a life lived and a sense of their own set of values, no matter how twisted by modern standards they may be. And it’s the character work that makes that tricksy structure somehow work – the realisation that the film’s structure isn’t there to reveal some sort of plot twist or clever reveal, that each perspective isn’t that different and that that is exactly the film’s point.

From a modern point of view it's easy to see the differing perspectives – be they Damon’s ego and thirst for revenge for many wrongs visited upon him through to the very sexual assault itself - for what they are, the script and the actors do brilliant work in showing how each character firmly believed that they were right. There are no stereotypical, black and white tropes wheeled out here, more a really carefully crafted world and a culture so far removed from today’s modern values that it’s this that is the main point of focus for the film. Not cookie cutter characters, but an entire world. This isn’t just Marguerite’s story, it’s the story of the culture where acts such as this had both no ramifications and such huge consequences.

Affleck doesn’t fare quite as well, his preening Count and cousin to the King skewing dangerously close to pantomime (and not just in his choice of hair colour and facial hair). But others supporting, including Harriet Walter as Damon’s proud and austere mother and Tallulah Haddon as Marguerite’s closest friend with a different take on events, add more of the requisite grit and colour to the narrative.

... the film still manages to engage, excite and intrigue

Scott manages to keep his usual visual flare nicely under control – there may be one too many very bloody battle scenes, but these are all over and done with pretty quickly, instead Scott uses his eye to ensure that the world his characters are living in is beautifully realised through stunning landscapes and beautiful architecture. The world is almost drained of colour, most of the story being told against the backdrop of snowy winters, save for a single burst of verdant green in the film’s final scenes, and its visual style perfectly marries up to its emotional heart.

And come the film’s pivot back to the duel in its final stages, Scott realises his team have done their job in investing us into these characters, it's now his job to quicken the pulse and get the blood pumping. It's brutal, it's bloody and it's well worth the wait. Yet again, just when you think the film is going to go out on a traditional big action scene, it pulls another little surprise, a not-so-subtle reminder of a world that once had as its very essence the notion of toxic masculinity.

It’s a hugely interesting tale and, for so much of it, it's as complex and as shocking as it really should be, balancing the requisite social commentary it deserves without veering towards preaching from its very pretty pulpit. That tricksy structure though doesn’t quite work and with it only really clicking into place at the film’s finale, it leaves the film frustratingly close to greatness.

The Last Duel is out 15th October in UK Cinemas