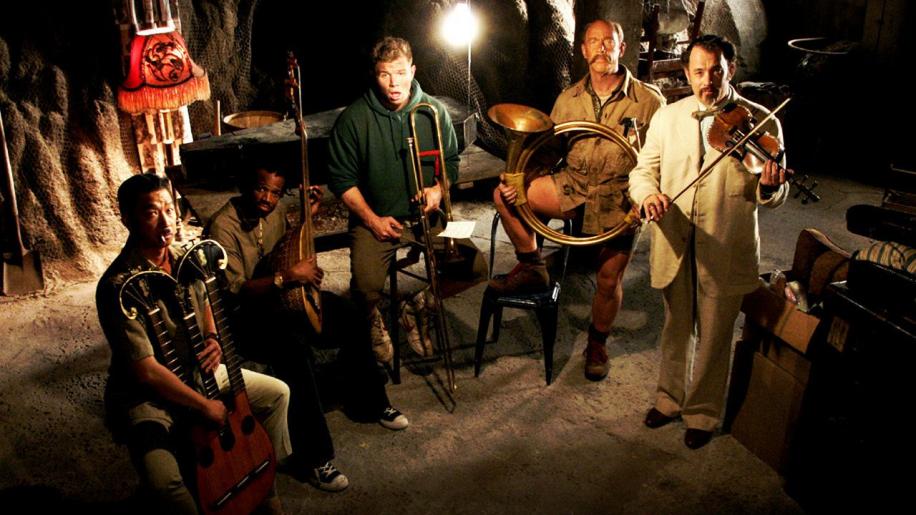 Picture quality in the anamorphic 1.85:1 print is largely good. The title sequence of the raven sitting on the gargoyle is impressively sharp, with great shadow detail and subtle stone textures. The opening scenes in the sheriff's office also fare well in this department, the backlit spiders web, or the light glinting of the fishing rods in the sheriff's gun rack provide the proof of a detailed encoding with excellent shadow detail. The body of the film is deliberately high key (something to do with the way the film is processed). This produces a slightly softer image with a faded “olde-worlde” appearance that borders on sepia toning. This is pleasing to the eye and fits the tone of the movie perfectly but does occasionally result in a lack of highlight detail, although there is no digital blocking or smearing The dialogue is profuse, profane, and heavy on the dialect. It requires accurate dialogue channel encoding and a high quality centre channel speaker to get the best out of it. If you have good amplification and a centre able to deal quickly with the detailed dialogue you will enjoy the results this disc will offer. The score is another strength, and it is hard not to clap your hands and sing “Halleluja” when the choir kicks in and your room is filled with the rich warmth of southern gospel music. Other than this the split surrounds are never really troubled and apart from a couple of brief explosions neither is the subwoofer. Nevertheless a competent soundtrack, presented at 448kbps and in DD 5.1 The bonus features is the one area that is a big let down for this disc. No cast or crew interviews, no behind the scenes featurettes and no Coen or Hanks commentary tracks, instead we have a pretty feeble offering. A short, informative, but pretty dull, featurette on the making of the musical instruments used in the movie, a full performance of the two gospel tracks used in the movie by The Abbot Kinney Lighthouse Choir, and two minutes of Marlon Wayans getting his face slapped in the aptly named “Slap Reel”. Should we expect a later release with all the reel goodies on them at some point in the future? Well it wouldn't be the first time with Fargo and O Brother Where Art Thou both getting re-releases with added VFM. Worthy of a viewing for the hammy OTT performance of Tom Hanks, and the wonderful dialogue and inventive movie making of the Coen Brothers, even if this isn't out of their top draw. Those of you looking for extras should rent and wait for a feature laden re-release some time in the future.