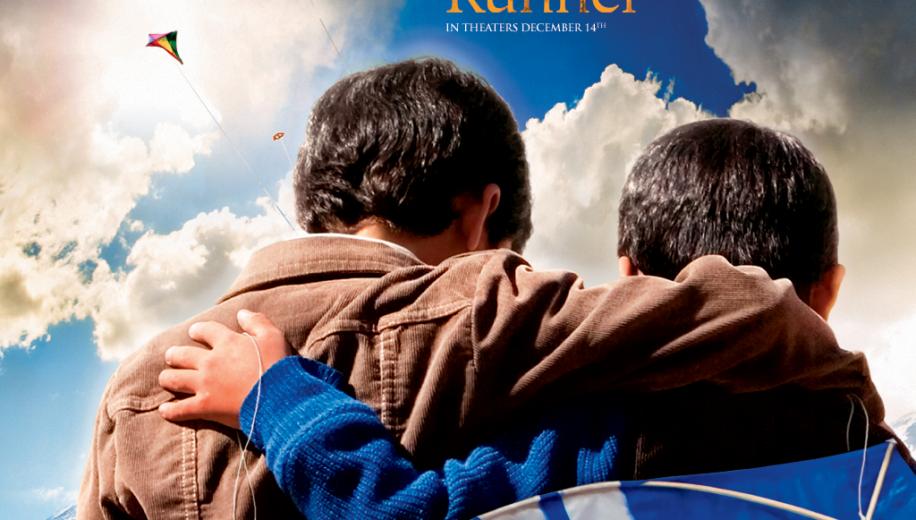 It is always very difficult to rate a picture on a DVD after watching so much HD material. The Kite Runner, indeed, was original slated for an HD DVD release until the demise saw it pulled, with no Blu ray release currently planned. Therefore, I fired up the US PS3 and upscaled the DVD.

The first thing to note is that there are several different palette choices on this film depending on the time and location being shot. The scenes in Pakistan, for example, are shot through with a vibrancy and colour that really needs a good transfer to be shown off. The US scenes, and the later Afghanistan scenes are far more muted - deliberately flattening the image and draining the colour to better reflect the mood of the characters at that time.

The transfer on this DVD does its very best to cope with the variety that the film throws at it, but it never quite succeeds. Compared with the cinema print, the Pakistan and early Kabul scenes simply do not look as vibrant and as colourful as they did on the cinema print. This is, of course, to be expected on an SD release - but when you look at other recent DVDs and how they look up scaled, this is a rather disappointing transfer.

There are aspects of the transfer that do actually benefit the film, however. A good example of this is the kite flying scenes themselves. In the cinema print they looked very fake, full of obvious CGI and rather spoiling the mood of the film. The smaller scale of the SD transfer doesn't show up these flaws, and these scenes actually manage to look more natural within a home setting and less fake.

The source print is also pristine, as one would expect from such a recent film. There are no scratches, dirt, or flaws, but at times the image can look rather soft, even when compared with other DVDs. The image just doesn't look as sharp, or as real as it could.

When I saw The Kite Runner in my local art house cinema, the sound was very disappointing indeed. Admittedly we are not talking about a major bolockbuster, but there are enough crowd scenes to mean that a decent surround system would add to the atmosphere.

I'm pleased to say, therefore, that the DVD is an improvement on the cinema release I saw in terms of surround sound, but only just. And it also displays a major problem which I didn't notice in the cinema.

So, the surround sound aspect. There is more of an ambience here. This is most noticeable in the CGI kite flying scenes, where the kites move convincingly around the sound stage. It really does help envelop you in the action. Sadly, however, apart from these scenes there is very little in the way of use of the rears at all. The crowd scenes do tend to sound rather flat and do not really pull the viewer in. I doubt the budget was high, but surely they could have done more.....

The other major problem with this disc is the dialogue. The dialogue is very difficult to hear indeed. This cannot be down to the film as I had no such problem in the cinema so something must have gone wrong in the mastering process. Luckily there are no sudden loud passages, so it is ok to crank the volume up - but I had to put it 10db higher than I have ever gone with this amp in order to hear it ok.

Again, the front stereo mix is also rather too compressed for my liking - compressed as in too focussed in the centre rather than being given room to breathe.

This is a very disappointing sound mix indeed. We get a rather limited, but interesting set of extras. These include a very interesting Commentary which included Forster and Hosseini. It is a stroke of genius to include the latter in here, as it leads to some very interesting discussions about the differences between the book and the film. It does rather descend into a mutual love-in at times, but there are some genuine insights which makes this worth a listen

Whilst these extras are very interesting, I am sure there is more that could be included. How about the controversy about the film's release, and the smuggling of the child actors out of Afghanistan? How about something detailed on the history of Afghanistan? After all, this is integral to the film. The Kite Runner is a fantastic film - powerful and moving. It features some of the finest acting you will see, and certainly repays repeated viewing. It is easily one of this reviewer's top ten films of all time. Therefore, simply for the film alone this is absolutely worth a purchase.

A real shame then that despite a reasonable (if not spectacular) transfer, the extras package and sound mix lets the disc down so badly. It is a real shame that the film became a casualty of the HD war, as I am sure an HD DVD would have at least provided a better picture.

However, a quality film is a quality film and despite my misgivings about the disc, I cannot recommend the film highly enough. I just cannot allow my love of the movie to blind me to the disc's faults. And those faults are a huge shame.