This update of the Disney favourite has all the bare necessities, and then some, to become a classic in its own right. 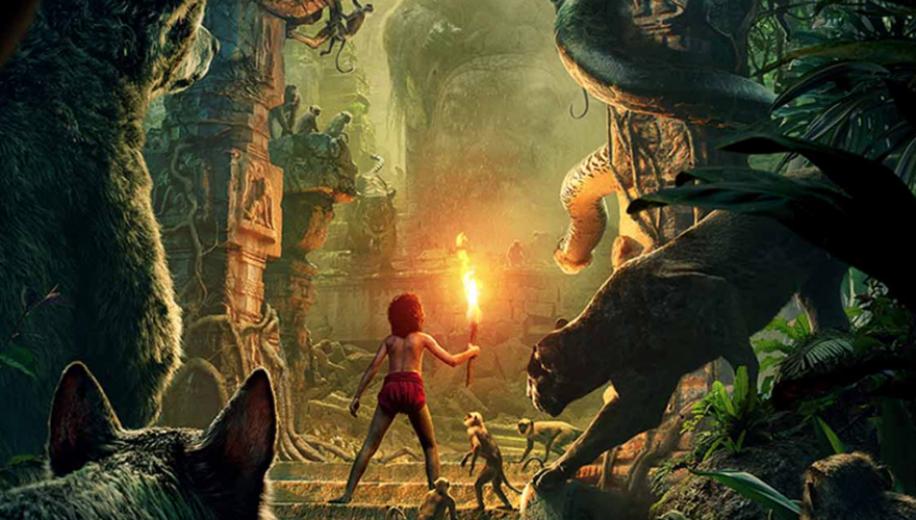 I’m sure there were a lot of people who had doubts when they heard Disney stalwart The Jungle Book was being brought to the big screen – again.

Maybe there were more doubts when Jon Favreau (director of Iron Man and Cowboys & Aliens among others) emerged as the helmer taking charge of Baloo, Mowgli and all of our favourite talking animals. Well, if you were one of those people who had doubts, wipe them away. Favreau’s Jungle Book is, in a word, exquisite.
This is Disney truly for the 21st century, as Mowgli’s adventures in the jungle are brought to life through a mixture of CGI and live action that is completely seamless. I saw the film in IMAX 3D (and I would 100% recommend the experience if you can see it this way), which only amplified the visual beauty of every single frame. The story here has a lot of the same components – Mowgli is the lone human in the jungle, abandoned as a baby and taken in by a friendly pack of wolves. As he grows up, he learns that not all jungle animals are quite so friendly and can be – whisper it quietly – pretty dangerous creatures. But where this film has evolved visually, it’s also advanced in other ways: new backstories, a few more quips and a lot of extra peril.

The use of visual effects is stunning and shows that CGI doesn’t always have to be huge explosions and gunfire to be effective. Each and every animal looks scarily lifelike, and the jungle backdrop is beautiful – think any David Attenborough show plus Photoshop. The story is great and the characters are lovable, but above all this film is setting new standards for what CGI can and should be.


Whilst the story remains great and the characters lovable, it's the CGI in the film that sets new standards for what is possible.

There’s a lot of talk among movie buffs about how many remakes and sequels Hollywood is churning out, and rightly so – the apparent lack of original thought is alarming. That being said, this film is an example of an update (or a reboot or a remake or whatever you want to call it) that is simply improving on the original. A couple of the famous songs are even included; Murray’s version of ‘Bare Necessities’ is predictably delightful, and although I thought the placement of King Louie’s ‘I Wanna Be Like You’ was fairly bizarre, at the end of the day you still get to hear Christopher Walken sing as a giant monkey.

Straight up remakes of films are basically inexcusable, and I suppose there’s an argument to be made that The Jungle Book was pretty great to begin with, and Favreau does stick for the most part to the plot points of the 1967 version. But there are some new narrative developments (including Mowgli’s backstory and the origin of Shere Khan’s hatred of man) that, coupled with the beautiful CGI lift this Jungle Book onto its own level. This feels like a whole new film.

The CGI and visual effects are worth 10/10 on their own; ditto the casting, the storyline, the sound… just do yourself a favour and go and experience this film. Take your whole family with you, and if you can, catch it in IMAX 3D and you won’t regret it.