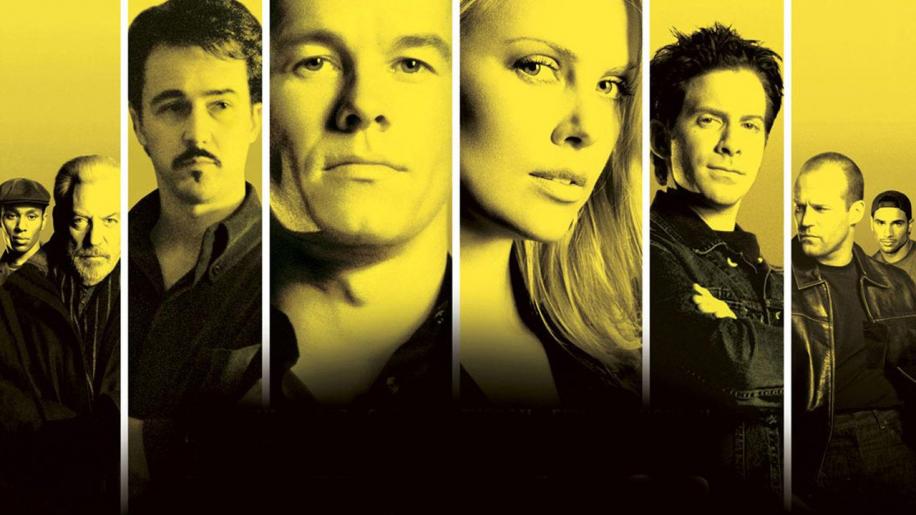 A remake of a British cult classic, set in L.A. and starring “Marky” Mark Wahlberg and Edward Norton (who is only there because he is contractually obliged), god I was not looking forward to watching this! We have seen a recent remake of Get Carter and it was really bad, so my hopes for this next big remake were not high, so it was with surprising relief that I really quite enjoyed this caper. Ok so it is nowhere near as good as the 1969 classic, but it does not attempt to be the same movie. The world has moved on since Caine's character only wanted to blow the bloody doors off and the makers' state they are never set out for a complete rehash of the original script. Instead they use elements from the original such as the Mini Coopers, the gold and the fact the first heist takes place in Italy to make a film inspired by the cult classic. And it works very well indeed.

The movie starts in Venice, Italy as the gang take on one last job and aim to escape with $35m in gold bullion. Croker (Wahlberg) is the planner with old timer Bridger (Donald Sutherland) there to crack the safe. The job goes like clockwork and they make a clean escape to the mountain roads where they celebrate. But just as they are about to cross the border they are double crossed by Steve (Edward Norton) who steals the Gold, shoots Bridger and leaves the rest to die in the icy lake. They manage to escape from the icy water and the action moves on a year to the USA. The team have tracked down Steve to L.A. and after recruiting Bridger's daughter Stella (Charlie Theron) they set out to get the loot back again.

Mark Wahlberg has starred in three remakes recently and is yet to reach the highs he found with Boogie Nights. His portrayal of Charlie is quite laid back and he suffers to create the charisma needed as a lead actor. Much better are the supporting cast with good performances from Seth Green and Mos def along with a restrained Jason Statham and the beautiful Charlie Theron. There is a very funny running joke with Seth Greens computer geek character who claims he was the inventor of Napster, his college room mate stole his idea while he was sleeping and set up the company, hence the name Napster.

The movie is basically a fun ride with good humour and stunning stunts (just wait for the helicopter stunt!) mixed with some quick editing and fast soundtrack. It will never be any more than a film inspired by the original and because of this it is enjoyable Saturday night fun.