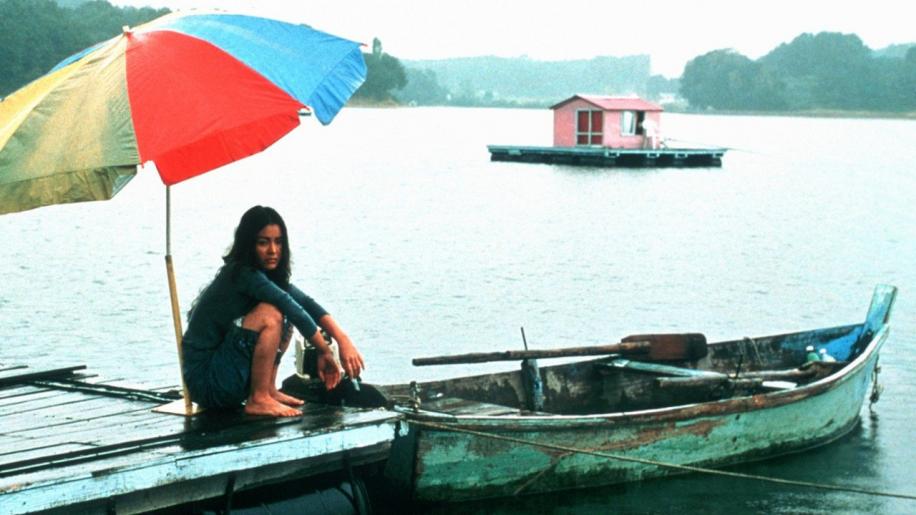 The movie is presented in a rudimentary 1.85:1 aspect ratio anamorphically enhanced transfer that does not even try to hide its low-budget roots. The picture is seldom completely clear, with softness throughout and a distinct lack of detail. In fact, some shots - particularly the long shots - look positively blurry. There is a significant amount of grain, more prevalent than you would like, and the picture is generally quite low in quality. The colours seem often faded, but this is not really out of place when considering the watery, moody setting and the blacks are remarkably solid considering the rest of the state of this transfer. There are also a few too many scratches and glitches in the print for my liking, particularly considering this is such a recently made production. The main feature is presented with three different audio tracks in the original language, Korean. The most significant of these is, unsurprisingly, the DTS mix but both that and the other 5.1 effort, the Dolby 5.1 track, are almost inseparable. Both present the vocals at the forefront, with the effects - most often water-related - seeping through the surrounds, and the score brooding mainly over the frontal array. They are perfectly fine mixes and even if the DTS track is slightly more potent, neither has any significant range, nor utilises any noticeable bass. The third track is a Dolby Digital 2.0 mix that is a standard if unremarkable effort. First up there are interviews with members of the cast and crew. The producer Lee Eun talks about working with the Director on another unusual project, film critics Hwang Jin-Me and Kim Young-Jin try to dissect the concepts behind this weird tale, the composer Jun Sang-Yun talks about setting the mood and the cinematographer, Hwang Suh-Shik discusses shooting the watery affair. We also get the two leads, Suh Jung (who plays Hee-Jin) and Kim Yoo-Seok (who plays the suicidal man, Hyun-Shik) discussing their respective parts. Each interview runs for only a few minutes, but is quite informative and made more interesting by snippets of behind the scenes footage. The Music Featurette takes a longer (five-minute) look at the score, once again with commentary by the composer - this time taking you through the particular musical pieces used for specific scenes.

There is also a Behind the Scenes featurette that runs at eight minutes in length and looks at various days in the filming schedule, giving a diary account of what occurred that features a significant amount of revealing behind the scenes footage. We catch glimpses of the Director in acting, the stars taking orders and several comparison shots between the footage filmed and the final cut. Again, it is a nice featurette that does not throw information and facts at you like you might expect, but instead allows you to watch the project evolve. There is an eight-minute featurette solely about the director, with the CEO of LJ Film in interview talking about the Kim Ki-Duk and his work. It seems a little strange to have no comments from the director himself, or a more varied input with other friends and colleagues as well, but it is still quite nice to hear some background into the man behind this strange creature of a movie. We also get a six minute featurette 'About the Movie' which features stills from on-set, and yet more input from the verbose composer and the cast, along with all of the individuals previously interviewed. They tell us a little more about the movie, and also go into detail over some of the more graphic incidents in the movie. Finally we get a selection of Tartan Asia Extreme movie trailers, including the horror Phone, the excellent crime thrillers Infernal Affairs 1 and 2, the superbly realised comic-book adaptation Oldboy, the horror Into the Mirror and the surreal Save the Green Planet. The Isle is yet another in the long line of aptly named Tartan Asia Extreme movies, with a strange story, some shocking visuals and some understated acting. It is a nice, low-budget affair that is presented with slightly disappointing visuals but a decent array of solid audio tracks. The release also has a good bunch of extras, although the lack of input from the director is a little disappointing. Overall, if you like your shock-tastic Asian cinema, give it a whirl but be warned - it is not for the faint-hearted.