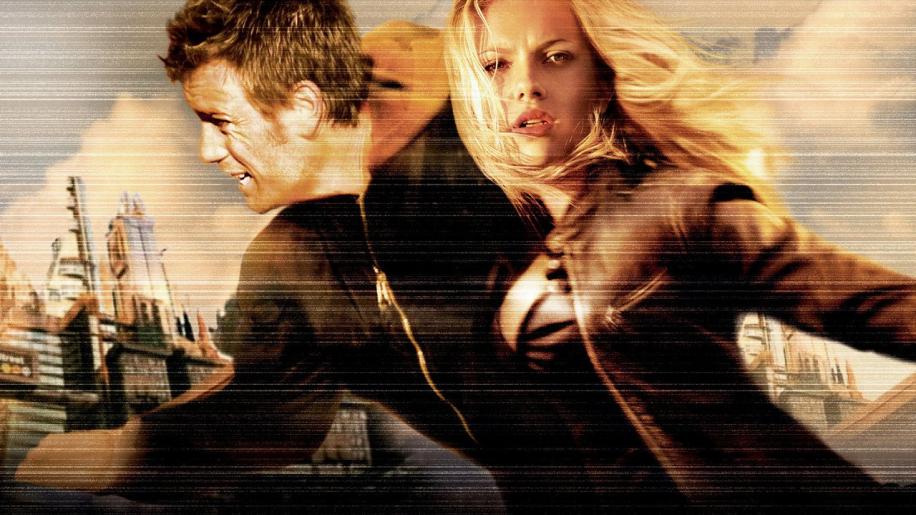 Not a terrible image but has some aspects which could have been improved. Firstly, there is way too much grain for my liking. Some scenes are worse than others in this respect, but overall there is a level of grain which is often distracting. This may be intentional as with War of the Worlds which had grain as a way of increasing the reality of the bleak predicament but with this movie, I cannot believe it was meant to be there. The first half of the film tries to convey a sterile, clean, pure atmosphere and this 'dirty' grain robs some of that so I can only conclude that this was not intentional.

The second area which disappointed was in the bleaching of light. Detail in many scenes was absent because of this aspect. Now I can well imagine this was intentional but still I found it unwanted and unnecessary. It made the image look almost VHS quality at times where it struggled to display information which would have been desired. The whites 'bloomed' and just looked wrong!

But it is not all doom and bloom! Much of the image has a nice level of sharpness and tones are very good especially skin tones during the first half of the movie. Black levels too are very impressive with the contrast between to community in their white clothes and the police in their black uniforms being particularly stunning. Artefacts are low as too is edge enhancement which lends a very natural look to the picture, there is a kind of glow to the movie that I found gave the image pleasing warmth.

Not reference quality by any standards, but acceptable and watchable is how I would describe the image. It has a few flaws but none that will spoil the movie too much.

The sound on the other hand is reference quality. The ambience created within the first half of the film is superb and really emphasises the enclosed space where they live. It has a reverberation quality which echoes off the walls (and your surrounds) which although subtle, really draws you into the location. Voices are superbly clear and have great timbre making them easily coherent throughout. There is not much need for LFE in this part of the movie and you may well be forgiven for thinking that The Island is a lightweight in this department but hold on..... The second half has bucket loads!

Once the action really kicks in, we are treated to some of the most dynamic and explosive surround effects around. The rear channels switch into overdrive with bullets ricocheting all around you and the bass is just phenomenal. Explosions can be felt and not just heard digging deep into the very lowest bass frequencies. In fact, you are taken by surprise at the sheer scale of the sound after the subtle beginning. The sound has a visceral quality that never fails to impress and adds a dimension to the action on screen that without it would fail miserably.

Fantastic sound on The Island from start to finish and mixes subtle ambience with huge dynamics. WOW!

A little thin on the ground when it comes to supplemental material I am afraid. We basically have just one feature titled 'The Future in Action' and an Audio Commentary with Michael Bay.

The feature, 'The Future in Action' is a twenty minute documentary looking at the stunts and special effects within the movie. It features interviews with Michael Bay and the crew responsible for those stunts and effects. It is notable for the absence of interviews with either of the lead stars but is interesting none-the-less. We get to see how a jet bike prop crashes into and obliterates a $600,000 Panivision camera and how CGI saves the day when a 20 foot letter 'R' crashes from the rooftop of a skyscraper hitting a helicopter on its way down.

The commentary with Michael Bay is great. You would imagine that a man famous for brain-out action flicks would not have too much to say, rather plenty to shout about. But Michael is a surprisingly subdued, yet captivating speaker. His anecdotes and trivia regarding this and many other movies are fascinating and this is one of the few commentaries where I actually enjoyed from beginning to end and never tired once.

So we have only a few added extras, but those we do have, are very entertaining.

The Island is a valiant effort at mixing intelligent Sci-Fi with over the top action and to a certain extent, it succeeds, but where as The Matrix blends these two concepts flawlessly, The Island has a definite cut from one to the other. This fragments the story slightly and can divide those who prefer one to the other. At the end of the day, The Island is a Michael Bay movie and action wins the day. Entertaining, but not without its faults.