How a re-interpretation should be 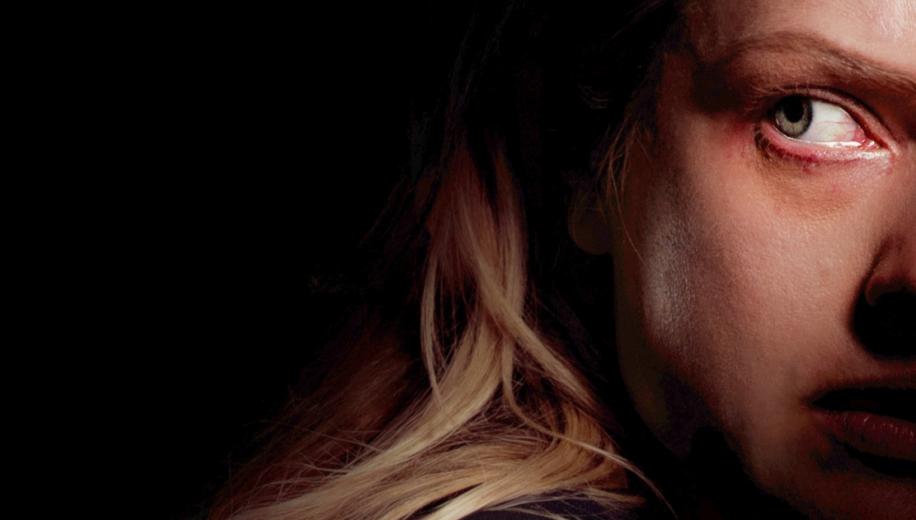 Tonight’s feature, The Invisible Man, is a re-visioning of the Universal classic ‘monster’ in the mad-scientist, horror genre; retold by relative newcomer, Leigh Whannell who writes and directs this taught thriller starring Elisabeth Moss, who gives a stunning performance as the long suffering Cecilia.

But first, a winge.

Film grammar dictates that to build suspense you start small and build to a climax, thus in a horror scenario the shocks and scares start off barely noticeable and gradually increase in scale until the big reveal – pick any horror, it’s the way of things. And tonight’s feature follows that same path, with indications of what’s happening building until an all-out showcase. No problem, right? Well, during the course of the film we learn that our protagonist is in fact in an abusive controlling relationship that she is trying to escape from, and it is the husband who wishes to get her back, no matter the cost. So, why go to all the bother of taking photos, stealing knives or setting fire to the kitchen, if he is that broken, why not head straight to the kill, or set up even more invasive psychological torture right from the off? Yes, I know we need a film, but it still irked me: if you are invisible and a controlling monster, messing about with phones in a loft seems a bit out of character.

Whannell's interpretation is a stroke of genius

Ok, back to regular scheduled review.

Whannell's interpretation is a stroke of genius, instead of telling the story, as it was originally, through the eyes of the titular character and what the process does to him, it is told from the perspective of his victim; in this case his wife, whom we first meet as she is escaping her confinement. We are thrown right into the film, learning the backstory as we go along – showing a respect for the audience seldom given – and this gives huge sympathy with the Moss’ protagonist. Clearly damaged by her ordeal, Cecilia struggles to adapt to her freedom, and when odd occurrences begin she, as well as those around her, start to doubt her stability, especially when she insists that her supposedly dead spouse is still haunting her.

This early part of the film is the most effective in its horror motif, drawing, as stated above, on traditional filmic grammar and despite my reservations it is actually very effective. Once the film has its reveal, it treads far more action orientated ground, throws in an obvious twist (at least to me) and ends on a deliciously devilish note, but all the while holding onto the vision and style that is so effective early on.

This release is advertised as an ‘extended edition’, all that means is it has the 3 seconds of BBFC excised material reinserted, hence the new higher certificate.

The native 4K image is a delight, with superb detail throughout; skin texture, clothing weaves, teary eyes, landscape establishing shots, cameras of the suit, writing on paper; there are keen edges without any hint of softness; it is a beautifully crisp picture.

The native 4K image is a delight

HDR and the WCG give a richness to the colour palette, even in this stylised motif, with all the primaries having strong representations; greens and blues fare especially well, red is pulled back in the digital grading, so the orange of the jumpsuit, or the street lighting, are robust but less vivid. Flesh tones are natural.

Black level is tremendous, really adding depth to the frame, check out the loft scene of the escape in the rain for some deft shadows, while the suit looks like you can feel it. The white scale is also crisp, check out the torch light or wave crests, while other highlights give a good sense of proportion.

Digitally there are no compression issues, and the original source is in perfect condition.

The Dolby Atmos track is one of effective immersion; this starts even during the opening credits where the waves start behind and crash in front and above. There are some quite obvious overhead effects, the rain escape is the best example, as the downpour is literally all around, but the phone vibrating above the ceiling was a great touch. Subtler effects are handled well, rain outside, doors closing behind, wind, frying bacon; all exist well within 3D space.

Bass is handled very well, the asylum escape has some tremendous thumps and kicks, as well as some heft for the gunshots, while the ‘wharmp’ of the score gives the sub something to smile about. Dialogue is well catered for, given the directionality it needs while holding most to the frontal array. Just as the image plays well with ‘negative space’ so too does the surround track with silence; it’s creepy and well designed.

Unusually, all the extras can be found on the UHD.

Audio Commentary – With writer and director Leigh Whannell who covers the film with an insightful blend of technical and anecdotal, his passion for the subject shines through.

Deleted Scenes – 15 minutes of excised material, titled:  Annie, Changing Room Montage, Blow It Up. Make It Rain. Out to Sea., Daisies, Where's My Phone?, Butt Chug, There's Someone Sitting In That Chair, I Can Do This and Insanity Defence.

Director's Journal with Leigh Whannell – 10 minute feature with the director as he discusses his love of the genre, the original film and his desire to make something new; includes behind the scenes footage.

The Players – 5 minutes with the rest of the cast and their respective characters.

Timeless Terror – 3 minutes more with the director and his updated vision.

Leigh Whannell’s re-visioning of The Invisible Man is a blast; telling the story through the victim rather than the titular character really shakes up the film, as an escaped controlled wife is psychologically tortured by someone that no one can see, it asks is she still living her torment or is there something far more sinister at play? The traditional horror film grammar allows tension building before settling on more action fare, but is never-the-less thoroughly engaging and ends on a deliciously devilish note.

Ends on a deliciously devilish note

The 4K UHD set from Universal is pretty good; the native 4K picture is terrific, being perfectly detailed, well coloured with a strong black level, while the Dolby Atmos track is suitably creepy with good effects and deep bass. The extras package covers a lot of the main bases and is unusually found on the UHD itself.