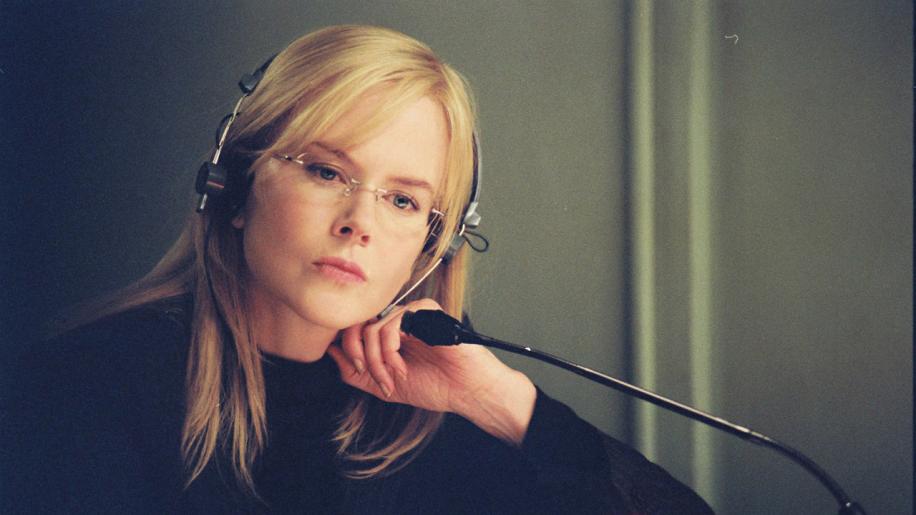 Filmed in 2.35 and reproduced here in anamorphically, this is actually a mighty fine transfer. There are a couple of times where the picture looked a little grainy, but I think these were intentional as for the most part, the picture was fine throughout. This is a visually stylish movie, with some scenes sparse of colour and others being rather vibrant (such as the strip club), but the colours were always spot-on with black levels being deep, no bleeding and flesh-tones being natural looking. Detail levels are excellent, to the point of being able to make out dirt spots on the side of the jeep at the beginning. The print used is dust and scratch free, no artefacts were noticeable and I spotted some edge enhancement, but on my LCD it wasn't too hideous, but on a projector it may well be.

Featuring a Dolby Digital 5.1 soundtrack, this is very much a dialogue heavy film, so I'm happy to report that the centre channel is used well, with natural sounding dialogue that is always clear with one exception - the key sentence she overhears. Ironically, I had to turn the volume up by +10db on my amp and even then, I could only just make it out. Rears are used for music and ambience and are perfectly fine for atmosphere. With one particularly obvious exception, the LFE doesn't make its presence felt, but then it wasn't a huge surprise there. Fronts are well used for music purposes and effects and never drown out the dialogue, although I'm sure the music is supposed to give the feeling of tension, it doesn't actually work on that level.

As seems to be par for the course, we have the obligatory commentary track, here by Director Sydney Pollack. It was actually during these extras that I realised that he is actually in the movie as well - seem he really throws himself into these things! First part of the extras is an alternate ending, which is very different from the current ending and works well, I think I prefer the cinematic ending, but check it out and judge for yourselves! We then have 4 deleted scenes which run for 2 minutes and are very short (clearly) and don't really add anything, merely underlining certain events just in case you were really too dim to notice them. “Sydney Pollack At Work From Concept To Cutting Room” is a 10 minute featurette which elaborates on Pollacks view of movie making, as well as his history from acting to directing and is actually quite fascinating more about the individual concerned than the actual process.Interpreting Pan & Scan vs. Widescreen is an explanation of the formats by Pollack as well as a plea to leave widescreen formats alone (he refers to any movie that he shot as widescreen which has been Pan & Scanned as “butchered”). Pay attention studios! The Ultimate Movie Set: The United Nations is an 8 minute featurette which elaborates that the UN allowed Pollack to actually film there for the first time. The fact that Kofi Annan took a meeting with Pollack and re-assured the other UN members that the movie was realistic and not sensationalising in any form what occurred there. A Day in the Life of Real Interpreters is again an 8 minute featurette which elaborates exactly what they do. Apparently don't call them translators! Finally we have two trailers, for The Bourne Identity SE and Pride and Prejudice.

As thrillers go there's nothing wrong with this, as long as you accept it won't give you that edge-of-your-seat feeling that you had when you first watched Panic Room, Se7en or even Fight Club. This is a more cerebral thriller that thrills based, but that's not a bad thing, at least not to me. Yes it could have done with a bit tighter pacing and Penn has been better, but at the end of the day if you accept the type of thriller it is, you'll enjoy this.