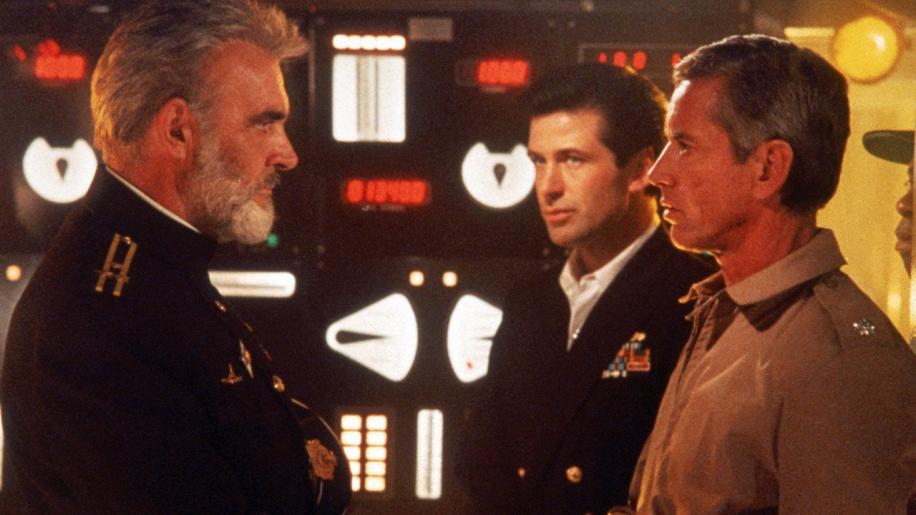 Released in 1990, and based on the Tom Clancy best seller, The Hunt For Red October is our first cinematic look at CIA Agent Jack Ryan. In 1984, the cold war is still ongoing and the Russians have developed a new silent killer sub. This submarine could sail up to the American coast and unload 200 nuclear warheads, and nobody would be any the wiser, until the dust settled.
The Nuclear sub, named “Red October,” is heading for the American east coast under the command of Captain Marko Ramius (Sean Connery). The American Government thinks Ramius is planning to attack them, but CIA Agent Jack Ryan believes he is planning to defect, but has only a few hours to find him and prove it. Meanwhile the entire Russian fleet are trying to find Ramius and sink him, the Hunt is on.

This is a taught and pressurised thriller and is extremely entertaining. Alec Baldwin plays the character of Jack Ryan just right, and this is a pleasing debut for the CIA hero. The technological and political world may now be very different to that portrayed in the movie, but as a cold war thriller it works very well, and is highly recommended.