There are moments - even whole minutes - of the original's magic here, but it's a long slog to get to them. 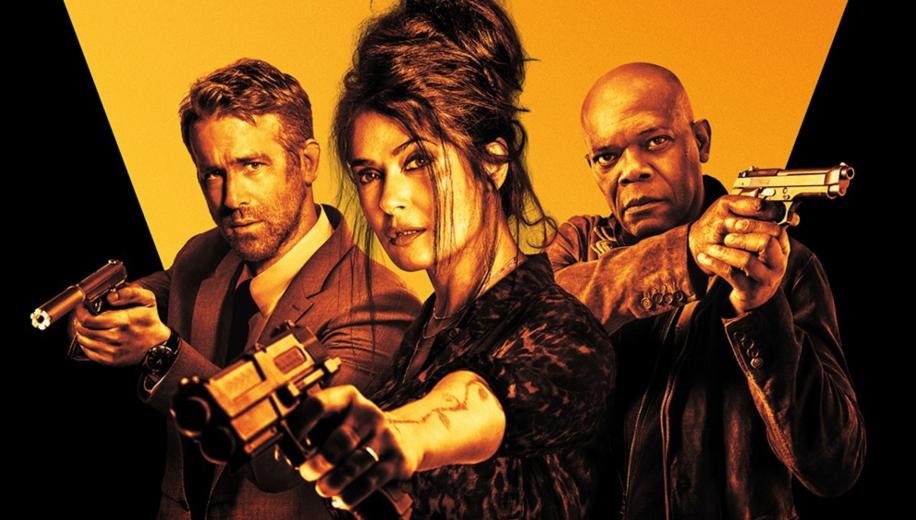 The Hitman's Bodyguard had no reason to be as fun as it was, raising expectations for a sequel that unfortunately doesn't deliver.

2017's The Hitman's Bodyguard was a blast. Sure, it was stupid, modestly budgeted and pretty damn cheesy, but Reynolds and Jackson had great chemistry, and just about carried the nonsense across the finish line. Nobody was expecting much from it, which is probably why it was such a refreshing surprise, utterly unpretentious, frequently charming and something of a lovable update of Midnight Run meets 48 Hours, by way of The Bodyguard. It didn't take itself seriously, and delivered on the action and - most importantly - the comedy. Trouble is, all of that meant that any sequel was going to suddenly come with expectations. At the very least, more of the same. And with returning supporting star Salma Hayek now potentially taking centre stage, possibly even better. Unfortunately this is very much a Red 2 scenario, missing the mark on almost everything that made the first movie so much fun.

... half an hour of hokum which doesn't make up for the other hour at all, but just gives you something to aim for should you need to set a snooze alarm

Suffering not only from the loss of his position as a triple-A rated bodyguard, but also from some kind of PTSD (likely from his work on Michael Bay's 6 Underground) that renders you temporarily unable to be funny, Ryan Reynolds takes a holiday, only to get drawn back into action by Salma Hayek who is just itching to be able to say she starred in a theatrically released movie. Between them they have to persuade Samuel L. Jackson to return, in spite of the script, so that they can all help stop Antonio Banderas from destroying Europe as an act of revenge against whomever made him wear such a bad wig. Also, possibly in another movie, Frank Grillo's Government agent angrily hits people because nobody is letting him hit anybody.

The Hitman's Wife's Bodyguard comes to UK cinemas courtesy of Lionsgate, with advanced Previews from 14th June and a general release on Friday 18th June, presented in 2.4:1 widescreen. Wielding reportedly much the same budget as the first film, it frequently looks much cheaper, only without the charm they pulled off last time around, at least enjoying some vibrant Euro locales even if the effects are frequently shockingly bad (despite that being the least of its sins).

... if you can make your way to the final act, it shakes itself into something approximating the fun and frivolity of the first movie

The good news is that if you can somehow make your way to the final act of this sequel, it finally shakes itself into something vaguely approximating the fun and frivolity of the first movie, almost going out with a bang, and certainly landing the funniest gag in the entire movie. It's half an hour of hokum which doesn't make up for the other hour at all, but just gives you something to aim for should you need to set a snooze alarm. The build-up though, is pretty rough, just a barrage of almost unstoppable missed jokes, badly timed, ill-conceived, outright unfunny stuff. Sure, it's not bad enough to make Reynolds' performance in 6 Underground look good - let's not get carried away - but it's enough to make you think he's in a bit of a rut, and pray that Netflix's Red Notice breaks free of that trend rather than cements it.

Reynolds mistimes his way through a bland opening with a psychiatrist, making a mockery of his OCD character from the first movie, taking things too far in a world which was already blissfully cartoonish, but somehow knew its limitations last time out of the gate. But you go with it, because you hope that come the second scene, everything will be ok. Then Hayek turns up and has you scratching your head wondering whether this is what she really meant when she promised to deliver on the action and the stunts. 2015's Everly was a pretty mean-spirited half-assed attempt to give her some low budget John Wick-ian limelight, but at the very least it showed she still had some action chops.

Six years later, and Hayek finally gets some theatrical limelight but it's largely wasted. She doesn't look the part - at least not for a good long way into the movie - and she certainly doesn't act the part, going waaayyy over the top in some kind of mad bid to embrace the crazy character. But it's just another bit of bad judgement in a movie full of it. Jackson, somehow, remains the only decent component, barely holding on by the skin of his teeth, as Reynolds lands about one out of ten of his machine-gun-fast gags, and Hayek goes purposelessly manic. And that's even before Banderas' succession of bad-hair-day looks turn up to rain on everybody's parade and make Pedro Pascal's turn in WW84 look positively natural.

If you slog your way through the first hour, chuckling at the - maybe - three jokes that land (Grillo goes for broke and earns at least half those with barely a few minutes of screen time) eventually the trio, and thus the film, finds its mojo, hitting its biggest laugh thus far courtesy of Morgan Freeman, and playing out in suitably over-the-top but finally in-character fashion for a fun enough finale, but that's a tough ask for most viewers who will likely have checked out and given up on this messy follow-up long before. The Hitman's Wife's Bodyguard isn't hateful, or unpleasantly bad viewing, it's mostly just banal, earning almost all of its score from that final act, and, even then, barely breaking even.

The Hitman's Wife's Bodyguard comes to the UK courtesy of Lionsgate, with Advanced Previews 14th June and on general release from 18th June 2021.
﻿