"Do ah need to call an amb-you-lants?" - A flawless British accent 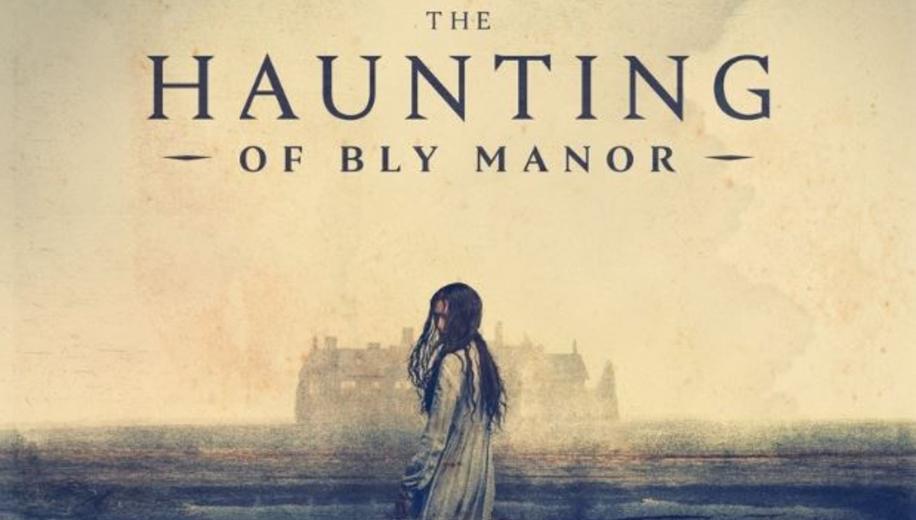 Mike Flanagan’s anthology of traditional ghost stories, updated for the modern era, The Haunting of... returns for season 2 with a loose adaptation of Henry James’s The Turn of the Screw, but seems not to have understood what made the first, The Haunting of Hill House, so great.

In 1987, a young American woman is taken on by a wealthy British banker to be an au pair for his orphaned niece and nephew in their grand summer house, Bly Manor. The pay is excellent, and the children are perfectly behaved, so what’s the catch? Their previous nanny, miss Jessel, died in mysterious circumstances and Peter Quint, the valet who was her lover, is missing with £250,000 of the family’s money. What’s more, local people don’t like going near Bly, it’s said that the dead never leave the grounds.

There’s an adherence to the source material in the first episode which, following the near total deconstruction of the plot of Shirley Jackson’s novel The Haunting of Hill House, is an admirable and surprising choice. But it’s a tonal shift that sits uneasily from the start, giving the story a theatrical quality – elevated dialogue, pregnant pauses, loaded or ambiguous figures of speech - that demands a patient ear of anyone expecting a direct continuation of the style of last season. The difficulty in tuning in to the dialogue comes with its jarring mixture of often archaic structure and very modern turns of phrase – neither of which belong in the place or period in which the story takes place. The result is that the drama driving some specific scenes is totally broken by a clanger at a crucial time: “I’ve done the math,” announces Lord Wingrave; “I don’t feel so good,” declares 10-year-old Miles; “it sounds dumb,” Jamie the gardener bashfully admits. Entire dramatic threads undone in a second by a simple phrase which rings so false it smashes suspension of disbelief.

...-gorgeous production design and [...] keen eye for a shot

The style of Bly Manor is its greatest barrier to success and, though it’s one thing to appreciate the fact that Flanagan has made a clear and deliberate stylistic choice - recreating the high melodrama of gothic fiction – it’s entirely another to say whether or not that choice works. It’s not unfair to say that buying in to the style is not helped by the reliance on Carla Gugino’s narration, a new and, frankly, unwelcome addition to this season which is likely to have British viewers grinding their teeth at least twice per episode. Then there’s Henry Thomas’s English accent.

There now comes a brief digression regarding Henry Thomas’s accent. It is horrendous. It is maybe one of the worst British accents I have heard in recent years. It is worse than Karl Urban’s cockney accent in The Boys. It is mere inches away from Dick Van Dyke territory. It takes a beautiful scenic journey through the rolling fields of Colin Firth, briefly skirting the edges of a slightly industrialised Sean Bean on its way to an autumnal Rupert Everett. Unfortunately, it takes a shortcut through the orchards of Prince Philip, where it’s roundly thrashed for trespassing and promptly sent into exile in Keanu Reeves c. Dracula. It’s bad, dear friends. It’s bad.

One thing that has remained consistent between seasons is Patricio Farrell’s gorgeous production design and twinned with the keen eye for a shot possessed by both cinematographers, Maxime Alexandre (Crawl) and James Kniest (Hush), The Haunting of Bly Manor is rarely anything other than a pleasure to look at. But sadly, Mike Flanagan has taken a step away from writing and directing the series, drawing the viewer into the world only in a smart first episode, full of charming detail and maybe the most loving depiction of making a bad cup of tea ever committed to screen.

His presence from the rest of the season is greatly missed as the plot suffers from some very clumsy story-telling. It’s Flanagan’s greatest weakness, in a world of brutal honesty, but in Hill House, Gerald’s Game, even Doctor Sleep, he catches the ball though his natural aptitude for visual and thematic cohesion, an ability to tie everything together enabling a continued suspension of disbelief even through some crummy character work or plot turns, something that is very plainly missing from Bly Manor. Instead, the roster of single episode writers and directors, made up primarily of rising talent (including Cargo’s Ben Howling and Yolanda Ramke) struggles with maintaining the slightly off-beat style that Flanagan sets up in the direction and occasionally stylised script of the premiere.

Returning too are Victoria Pedretti and Oliver Jackson-Cohen as cast regulars: Pedretti in a spiritual reprisal of Nell (here called Dani) and Jackson-Cohen as the sinister Peter Quint. If there is one element of the series which is going to drag you through to the end, it’s Oliver Jackson-Cohen’s performance; he exudes malevolence. Realising the arrogance, egocentrism and menace of Quint stretches him far further than playing Luke ever did in the previous season, and he is equal to the task, at one point pulling off an incredibly difficult plea for sympathy in the second half of the season.

Unlike Flanagan’s first season, which ramped up slowly over nine episodes, delivering drama, family discord and chills in equal doses, before dropping off a cliff in disappointingly silly finale, Bly Manor seems to have all but abandoned its horror elements and the drama gently peters out over the first four episodes. What that leaves is a lot of bickering, a lot of scenes in which people say the same things in different ways to pad for time, and a lot of scenes of people info-dumping in long boring monologues about their backstories.

...a sludge of dull interconnected stories.

The bright spark among the drudgery comes at the exact mid-point – an episode devoted to a near total digression chronicling the experiences of the housekeeper, Mrs Grose, ‘The Alter of the Dead.’ The episode is haunting, not in its tale of ghosts, but in its depiction of a life hard lived. There’s a neat construction of flashbacks and clever foreshadowing which adds to the sweet sadness of the script. The entire episode is placed on the very capable shoulders of T’Nia Miller and she carries it with ease. It’s an excellent hour of TV. Sadly, when they try again to play around a little with structure and form three episodes later in another digression, ‘The Romance of Certain Old Clothes,’ the show completely bungles it, making for a gimmicky, cliché ridden mess. This second digression does, however, bring back some more of the cast of Hill House for cameos and contains one of the two scares across the nine episodes, so it’s not completely without redemption.

From there, things gently slump back down into a sludge of dull interconnected stories, penetrated only by the likable pairing of Pedretti and Amelia Eve as Jamie. But even the sheen of that, by the end, has worn away as the story limps to the finish line.

The contrast between the first and second seasons of The Haunting of… only has one comparison from recent years: HBO’s True Detective. Though Hill House never quite reached the genius of True Detective at its season one peak, and Bly Manor never quite falls to the depths of boredom of its counterpart’s second season, the disparity between the two has a similar night-and-day quality, a similar fall from grace. But you never know, if Flanagan returns, really returns, for a third instalment, there may yet be life (or death) in the series yet.