Different from before. Not in a good way. 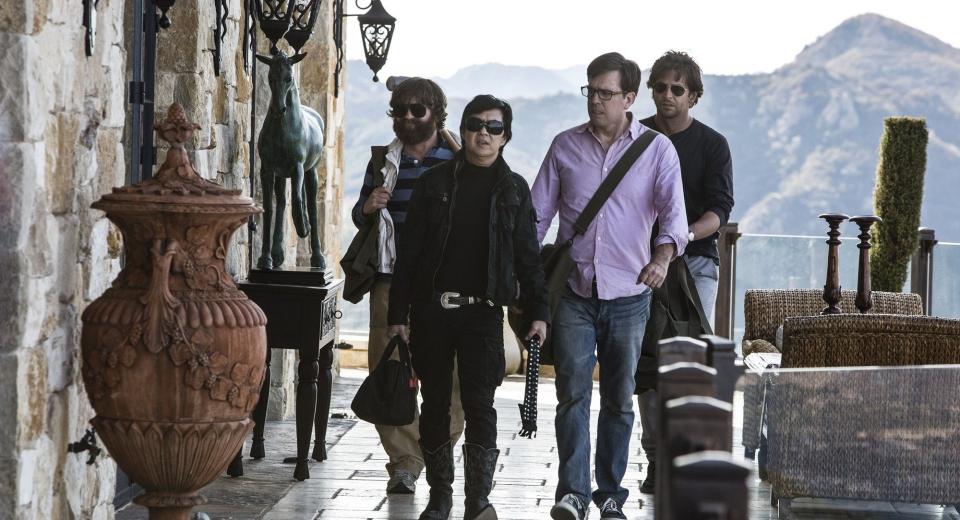 Yet more sequels to sequels.

Following on from the unexpectedly fun Fast & Furious 6, here we get the third chapter in the Hangover franchise. Now I loved The Hangover. It was a brilliant adult comedy which took a reasonably novel idea and ran with it, throwing us three relatively new stars with passion and vitality, riffing off an excellent core concept and a sharp script, and delivering unprecedented laughs in the process.

The Hangover certainly isn’t the first film to result in disappointing sequels – and nor will it be the last – but, unlike even The Matrix’s self-involved, pretentious sequels, The Hangover Part II not only disappointed, but also somewhat tainted the memory of the original. Not only did it just retread the pattern of the original, adopting a ‘bigger, louder, more raucous’ approach to its idea of what would make a ‘better’ sequel, but it lost almost all of the magic that made the first movie so memorable. Still, it was the biggest grossing R-rated comedy of all time, so it was no surprise really that a third film was green-lit almost immediately.

Unfortunately, whilst The Hangover Part III does at least take things in a different direction – rather than just plodding out the same lost-memories routine – it is perhaps the wrong direction, and it is handled in an inexcusably bad way.

Darker but, at the same time, less significant than the first two chapters, Part III takes a kidnap-chase approach to story, seeing our mismatched, hapless trio racing against time to save Doug, who has been taken hostage by gangsters that want the ‘Wolfpack’ to find Chow as he owes them millions. Travelling to Mexico and then – of course – Vegas – they get into an expected amount of trouble and generate an unbelievable amount of mayhem and chaos along the way.

But is anybody really having any fun? Certainly it is understandable that audiences felt a little left behind by this second sequel. At the same time as taking a darker approach to the material, it is also far more lightweight. Contradiction in terms? Well, basically, whilst the story is more serious, the R-rated comedy has been toned down a little. Sure, there are still plenty of over the top moments, but often these are less at the expense of the lead characters, and more events that surrounds them.

The focus has also been shifted to the most outrageous characters – Alan and Chow – which, in some ways is a positive move on the part of the production. Certainly Zach Galifianikis’s Alan was the best character in the original movie, and it feels as if the filmmakers have finally cottoned on to that fact. The trouble is that, in the gap between the first and third movies, former lead Bradley Cooper has both been catapulted into superstardom (Limitless, The A-Team) and also shown that he can truly act (Silver Linings Playbook, The Place Beyond the Pines), so here he feels like he’s dumbing himself down a little more for what is something of a non-essential character.

Still, it is certainly better to see Cooper and The Office’s new boss Ed Helms return for this chapter, but this could have easily been a spin-off movie just featuring Galifianikis’s Alan trying to find Ken Jeong’s outrageous Chow. Throwing Melissa McCarthy (Bridesmaids, and scene-stealer from This is 40), the ever-reliable John Goodman (Flight, Argo) and returning Hangover supporter Heather Graham into the mix only adds to the flavour, but doesn’t really save the piece from ultimately missing its mark.
Loved The Hangover. Then the sequel felt both utterly disappointing and something of an insult to the original, ruining any potential lasting appeal by just rehashing the same plot, only with more extreme. Part III – not that we ever needed one – takes things in a different, somewhat darker direction, but still fails on most levels, remaining only engaging for brief moments and passable as a watch-once bit of harmless fluff.