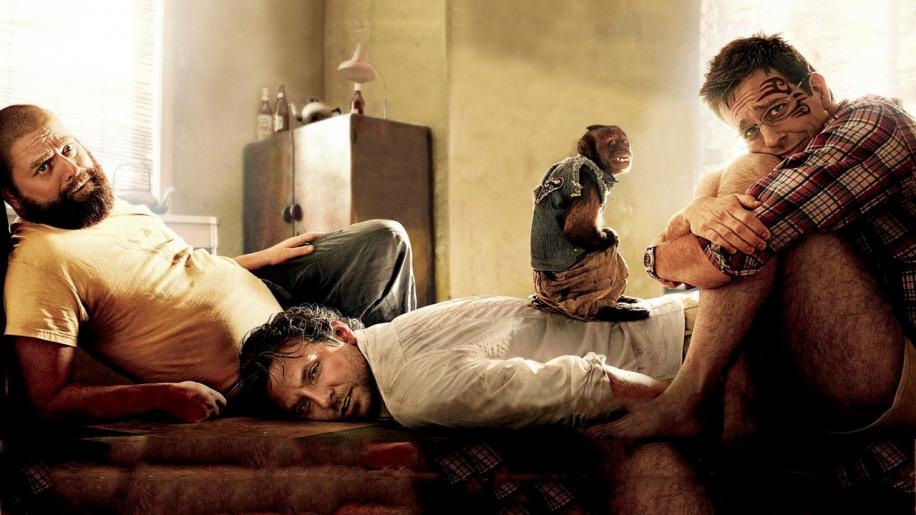 I really enjoyed The Hangover. With a plethora of low-brow comedies saturating the market, and only a few quality offerings out there – whether in the UK with likes of Hot Fuzz and Shaun of the Dead (and now Attack the Block); or in the US with the Apatow/Rogen-inspired sub-genre that includes Superbad and Knocked Up – it’s actually quite hard to find a decent comedy that doesn’t come from one or the other of those families. The Hangover stood out from the crowd – a simple concept which was carried off perfectly, introducing the world to a bunch of relatively new faces who worked fantastically together at providing consistently great laughs. Made for a mid-sized budget, its tenfold success (becoming the most successful R-rated comedy in US Box Office history) meant a sequel was inevitable – hell, they were even already talking about it around the release of the first film. I didn’t mind, it sounded like pretty good news actually – after all, I loved the first one, what’s not to love about the idea of more of the same thing?

Still reeling from the events of Doug’s stag do, Phil, Doug and Alan travel to Thailand to attend Stu’s wedding. After last time, Stu’s happy to forgo the standard stag rituals – he just wants to get married and live happily ever after – but one fireside drink on the beach later and the original ‘wolfpack’ of Phil, Alan and Stu find themselves in the heart of Bangkok, with no memory of what events brought them there in the first place. Soon they find out they kidnapped a monkey, locked up an angry Mr. Chow; that Stu had an indiscretion with a prostitute – and defaced his own head; all because somebody slipped them drugs. Hmmm, I wonder who that could have been? Oh yeah, and they’ve ‘misplaced’ somebody vital to the wedding – and have to race around town looking for clues as to what happened the night before so that they might find their friend and get to the wedding on time without anybody finding out.

If, by the end of that paragraph, you wondered whether I was just recapping on the first movie, you’d be totally forgiven. Actually, if you just substitute “Bangkok” for “Vegas” and “monkey” for “baby”, you could pretty-much use the exact same wording to describe both movies. Indeed, The Hangover Part II isn’t just more of the same thing, it’s exactly the same thing. It’s like the filmmakers said to themselves “well, it worked the first time round, so let’s just use the same script and change the location”. Sure, with twice the budget to play with, they could afford to do everything bigger and louder – more involved chase sequences, drug dealers, guns; hell they even throw in speedboat stunt and a helicopter just for the hell of it. But it’s a nastier, dirtier affair – tasting men’s genitalia, chain-smoking monkeys, getting screwed by ladyboys. And without the fresh, originality of the first movie, most of the fun is lost amidst the grungy humour and inescapable feeling of déjà vu.

There are moments of humour that survive the duplication process. Bradley Cooper may still rely on taking his shirt off to remain entertaining, but he remains a good ‘leader of the pack’ – it’s just a shame that he was not only far better in the original, but also better even in the likes of the dire recent A-Team re-working. Ed Helms is better in The Office, his repeat performance here tripping into dangerous territory and making you wonder whether he should ever be allowed to marry anybody – if this is what the end result is. Seriously, his final speech to his father-in-law-to-be is just plain painful. Would anybody ever let anybody marry their daughter after all that? It doesn’t help either that you truly wonder what the two could possibly have in common – and I’d be surprised if the words ‘Thai bride’ didn’t spring to mind at any point during a viewing of the film. But Zach Galifianakis still has his edge (I heard Due Date wasn’t too bad either), rising above it all with his inane, dysfunctional behaviour. Part Rain Man, part the rudest person you’ve ever met, his overly frank, ludicrously naive, inane behaviour will likely get the most laughs in this production. Hell, I’m not even sure there was a single laugh in the cinema until he turned up, a good while into the first act. Without him in this movie, I think a fair few people would have gotten up and left – in fact, even with him, I’m surprised more didn’t.

As stated, I loved The Hangover. It was a breath of fresh air in a genre that, these days, sometimes struggles with the plethora of poorly-conceived offerings that leave it ever-burgeoning from year to year. If you have any doubts about my views on the film – read my review – you’ll likely find that, if you liked it too, there are lots of parallels between our feelings about the movie. And yet, despite my love for it, and my desire to see a sequel work, I can say, without a shadow of a doubt, that this sequel simply does not. It was the most packed cinema that I had been in for a long time – every single seat taken up (even front row) – and the laughs were few and far apart, mostly coming from the moments which many of us would have already seen in the trailer. Hell, I’d say you would probably be better off watching the trailer a couple of times and then waiting for this film to be available to rent – it’s really not worth the extortionate price of a cinema ticket these days. Sigh, at least it wasn’t in fake 3D, I guess.

The Hangover was a great modern comedy, a breath of fresh air that brought us the comedic power of a trio of relatively new faces, following them on the ultimate stag-do gone wrong. It’s success guaranteed a sequel, and fans were clearly looking forward to it since they turned out in record-breaking droves to see it. I really wanted it to work – I had so much fun watching the first one – but this is just a terrible imitator, the same exact thing done over again, only with more excess and no redemptive originality. I can’t believe that the best the writers (and comedy actors) could come up with was just “move the setting from Vegas to Bangkok and change the baby for a monkey”. Trust me, you’d be better off watching the trailer to this movie, then going back and revisiting the original, far better offering. Massively disappointing.