The Guns of Navarone Movie Review 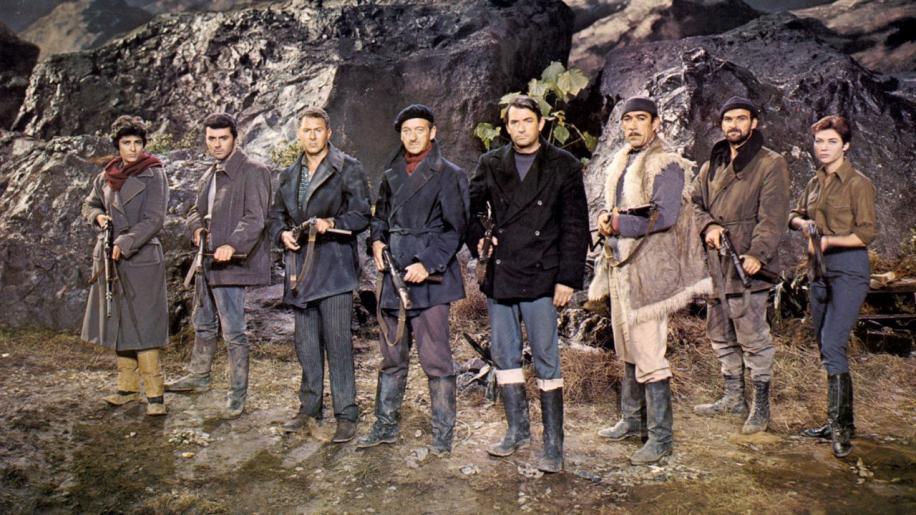 The Guns Of Navarone was, for it's time, a big blockbuster type movie with special effects right up there with the best of them. Of course, this was back in 1961 and things look a little different now, but Guns still has that “big” movie feel. Directed by “Mighty Mouse” - a nickname given to John Lee Thompson by none other than Gregory Peck - Guns sports some of that era's superstar actors - Greg Peck, David Niven, Anthony Quinn - as well as a superb second tier including Stanley Baker, Anthony Quayle, James Darren, James Robertson Justice and even a bit part for Richard Harris. Despite the strong cast I found The Guns Of Navarone to be very average wartime fodder.

Gregory Peck plays Captain Keith Mallory, expert climber and all round hero type. Chosen for his mountaineering skills Mallory ends up leading an elite group of dedicated men whose mission is to sabotage two huge guns on the island of Navarone. These German guns may very well hold the key to the outcome the Second World War, and Mallory knows only too well that this is a do or die mission. There are a few twists and turns throughout the slightly rambling, drawn out storyline, but the major flaw in the proceedings for me is Gregory Peck himself - he just seems to sleepwalk through the entire movie! And David Niven (Corporal John Anthony Miller), the explosives expert? Come on! His antagonism towards Mallory is never really explained, and for most of the movie Niven comes across as a whinging, lazy slob! Thankfully Anthony Quinn (Col. Andrea Stavros) shows some gusto, but even he cannot compete with the dead pan demeanour of his co-stars, and his usual flair and style comes over as a little out of place here.

Despite the tedious nature of the movie, I did find a few points that forcefully dragged me back to attention. One scene in particular had me suddenly convinced I was watching a completely different film! Gone was the slightly silly nature of seeing these men climb an impossibly difficult cliff face, escape capture by an unforgiving enemy and somehow infiltrate what is meant to be a fortified arms base. For those that haven't seen the movie, or have forgotten the scene to which I refer, I won't spoil it by going into detail. Suffice to say that Niven and Peck are put firmly in their place by a woman! This one moment had me hoping that Guns would somehow come alive and change its character from here on in... but no. Niven suspects a saboteur, convinces his superior, the deed is done - alarming in its forthrightness and completely out of character with the rest of the movie... and then it's back to business as usual - slow, deliberate and tedious. I'd never seen The Guns Of Navarone before and I had high hopes, but ultimately I came away disappointed.