Imaginative title for a reboot of a remake 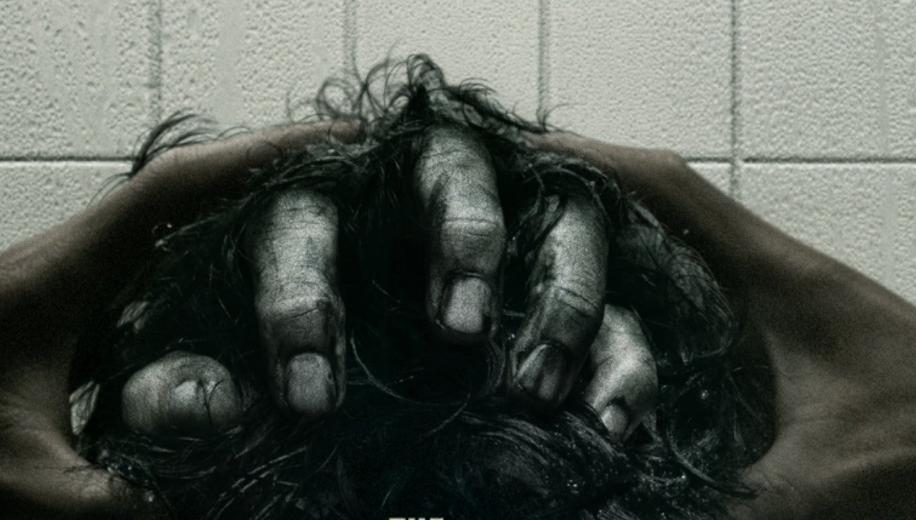 In The Grudge, horrible things keep happening over and over again, both in terms of the plot and the film itself, which is visually stylish but otherwise derivative, repetitive and devoid of tension.


The 2002 film Ju-On is an iconic title amongst serious horror fans, and has already been remade in the English language once before; 2004’s The Grudge starred Sarah Michelle Gellar and was a box office success, despite mixed reviews. The 2020 version is written and directed by Nicolas Pesce, and has been called a ‘sidequel’ – a clever and nauseating workaround for everyone getting sick of endless sequels and reboots – with a storyline that takes place concurrently with those of the 2004 film and its straight-to-video sequels.


The same shocks and jump-scares are delivered again and again, with little indication that there’s anything developing, except a sense of mild apathy to murder

The Grudge focusses on number 44, Reyburn Drive in Cross River, Pennsylvania. The house is plagued by a demonic curse that afflicts all who enter. The curse, we’re shown, was brought to the US via Fiona Landers (Tara Westwood) on her return from Tokyo. What follows is a gruesome, bloody and slash-heavy tale, which repeats over, and over, again. This in itself isn’t the problem – the idea of a self-perpetuating curse that dogs multiple generations who never learn from their predecessor’s mistakes isn’t exactly a new or untested trope in the horror genre.

It feels as though The Grudge ran into problems the first time Pesce saw that the combination of a bloody murder, formulaic jump-scares and rotting, dank-haired zombies was a bit scary. He then repeated that exact formula throughout the film, diminishing its effect each time. There’s only so many times you’ll be chilled to the bone by a black-haired, black-mouthed shrieking woman within the same 90-minute run time.

To be fair, the beginning of the film is legitimately scary; helped in no small part by a wonderful soundtrack by The Newton Brothers. But the same shocks and jump-scares are delivered again and again, with little indication that there’s anything developing, except a sense of mild apathy to murder.

That’s not to say there aren’t other highlights. The visuals of the film are well managed, with homage paid to the classic Japanese horror’s obsession with water and a taut, grim colour scheme handled pleasingly by cinematographer Zachary Galler. There are excellent performances too, in particular by Andrea Riseborough as Detective Muldoon, John Cho and Betty Gilpin as real estate couple the Spencers, and Lin Shaye as an elderly lady with dementia.

Make no mistake, this is a talented cast – it does at times seem a bit of a travesty that they’re stuck within this ‘sidequel’; to the point where there’s a scene early on where someone is trapped inside a bag of rubbish that’s poignantly symbolic.

Apart from a structure that sucks all the tension out of the story and an almost comical repetition of the bloodthirsty murder, Pesce does imbue the film with a nauseating, really visceral horror that’s striking. This is amplified by a perfectly atmospheric lighting design and some brilliantly choreographed edits that at least keep some interest in the film as it rolls along. A back-and-forth storyline coupled with an overreliance on cliched jump-scares and motiveless repetition, The Grudge can’t be saved by a few promising performances and a sharp aesthetic. It’s damp and a bit wet and limp… and not in the scary way.