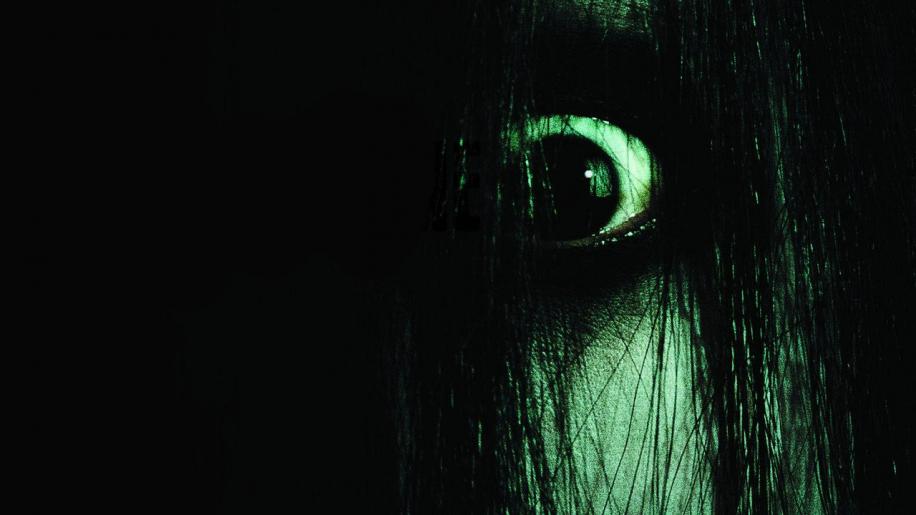 Despite the promise of a “Mastered in High Definition” logo on the rear of the DVD's packaging, I was immediately a little perturbed as the movie started. The sky seemed filled with “mosquito” noise, and this wasn't the only time I noticed this strange effect. It's certainly less intrusive when watching on a thirty-two inch T.V., but when projected onto a ninety-inch screen it definitely becomes a little disconcerting. I also noticed numerous flecks of dirt and damage to the print all the way through the movie - perhaps its budget roots are showing here also.

Overall, the anamorphic 1.85:1 image is pretty run of the mill with the numerous less colourful scenes looking solid and detailed, but with some noticeable edge enhancement being used, and the aforementioned “mosquito” noise and print damage, the image here could, and should, have been a whole lot better. Any good horror movie can be made even more shocking by some top-notch audio effects - the original two Ju-on films came complete with full bit rate DTS tracks that really did their best to jar ones senses. Sadly that trend has been dropped here - we're left with a pretty standard 448Kbps Dolby Digital affair that again seems to fit with the PG-13 certificate, which means that whilst adequate it really doesn't even attempt to “push the envelope” in the same way that Ju-on did. The familiar “croaking” noise is less shrill here, and doesn't quite have the ability to really pull you into the movie. I'm sure that had the original's audio been replicated here in The Grudge the whole movie would have seemed so much more shocking. For me this is a real missed opportunity. The Cast And Crew Commentary is a real blast, with Sarah Michelle Geller, Sam and Ted Raimi, Clea DuVall, Stephen Susco, Jason Behr, KaDee Strickland and, I assume, producer Robert C. Tapert - he's never really introduced! These guys and gals are all huddled in a single room and the commentary is a blast - full of interesting tales from the shoot, as well a obviously enjoying being together once more. Anybody allergic to audio commentaries would do well to force themselves to listen to this one, it may just turn you into a “commentary-a-holic!

A Powerful Rage: Behind The Grudge is actually five featurettes that can be played as one long feature or individually. With interviews and comments with virtually everyone associated with The Grudge this, again, makes for an interesting watch. Listening to Takashi Shimizu, or rather reading the subtitles, made me appreciate things a little more, and much of my criticism of the movie is addressed here by the director.

Under The Skin rounds things off with a discussion of what fear is and how audiences can be influenced and affected by their fear. Man do I want to experience “The Tingler”!

With DVD Rom/web content seemingly accessible when used with a PC with internet access, The Grudge has been given a solid set of supplemental features that really enhances the movie experience. Viewed as a package, the supplemental features help set this DVD apart, but whilst the movie itself is good, it's not quite up to the audio fright fest and originality of the original Japanese version.