For the love of everything, don’t expect another Sword of the Valiant 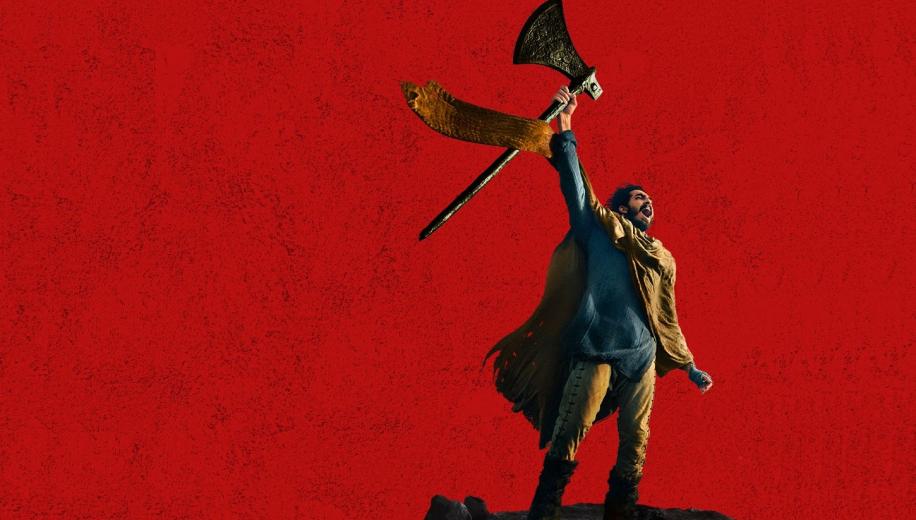 First recorded around the end of the 14th century by an unknown poet, the story of Sir Gawain is perhaps not the most famous tale of the Knights of the Round Table. Culminating in neither the ruination of the kingdom, as with Lancelot, nor with the discovery of the Holy Grail, as with Percival, Gawain’s tale pursues the blurring of boundaries between rationality and magic, between Christianity and Paganism and between sexuality and chastity.

Aspiring knight and nephew to King Arthur, Gawain cannot escape the need to prove himself. His self-doubt cripples him into a life of inaction and shirking his responsibilities until, at a Christmas feast, an easy chance to prove himself arises. An enormous green knight carrying an axe arrives at the banquet offering a game: strike one blow against the knight with his own axe, if it does not kill him, in one year he will strike his own blow in return.

David Lowery, fond of highlighting the artifice of cinema and very fond of long takes (as previously seen in the vignetting and pie-eating of A Ghost Story), searches for something new to say in the Gawain myth by breaking it open to look carefully at each of its component parts before putting them back together not entirely as they were before.

The opening act plays out very much like a stage production...

His first concern is with foregrounding the theatricality of an oral tradition poem, making use of static and symbolic staging or announcing the act breaks with titles overlaid on screen. The opening act plays out very much like a stage production, echoing one of the ways in which the tale has been told for centuries, and actors Dev Patel and Sean Harris, as Gawain and King Arthur respectively, play into that medium with their performances in the moments prior to the Green Knight’s introduction.

The Green Knight himself truly is the film’s crowning glory. He appears, as in the text, brandishing an axe and holly bough, but where the original story (and all previous film adaptations) depict him as a large man with green costuming or hue, Lowery leans all the way into Green Man symbolism. This is a creature of the earth, a god who has come to challenge Arthur, the representative of true Christian values in Britain. Twisted and gnarled like an oak, the creaks and groans that accompany his every movement bring to mind a dark walk through an ancient forest. Though he retains the puckish nature of the poem, this knight is a force of nature though, even from his introduction, we are led to believe there is more to this creature than meets the eye. The bass notes also indicate that this knight is played none other than Ralph Ineson (The Witch), an actor who revels in a medieval setting

The axe falls and, as a year passes, Gawain still fails to find his purpose or his courage. But the game cannot end without the return blow at the tremulous knight-in-training (another ‘green’ knight, you might say) as the film launches into its second component, the quest. Here is where Lowery takes the most liberties with the source and the film becomes something of a road movie as Gawain moves episodically from encounter to encounter. Bandits, a saint (Erin Kellyman), a lord and lady (played with equal allure by Joel Edgerton and Alicia Vikander), each give an opportunity for Gawain to find his courage and to challenge his worth. It’s in some of these encounters that the film begins to flag. Lowery’s deliberately slow style gives time for thought, particularly through his use of imagery of death and sexuality, but occasionally the storytelling lags as a result and doesn’t completely justify itself until the closing moments of the film.

What is spellbinding throughout however, is the use of colour and music as counterpoint to what is happening on screen. As the story passes through its more earthly encounters, the landscape takes over the screen accompanied by a soundtrack of chant. Half the fight for Gawain is coming to terms with the practicalities of life and of death. But as the more mystical elements surface, the image is flooded with colour, a droning synth kicks in and the scene becomes instantly otherworldly. Through both styles, an arresting and disorienting perspective keeps the viewer on their toes, and the work of Director of Photography Andrew Droz Palermo ensures that every image captured feels like something of great importance. As events culminate in the final act, Daniel Hart’s hypnotic soundtrack begins to blend its elements, no longer sure whether what we’re experiencing is reality or fantasy.

...every image captured feels like something of great importance.

As with Lowery’s other work, including The Old Man and the Gun, The Green Knight is hyperconscious of its place in cinema and pulls from some unlikely but strangely apt sources. Allusions to Scorsese’s The Last Temptation of Christ are most obvious, but also hiding in plain sight are elements of Lars Von Trier’s Antichrist, as well as John Boorman’s Excalibur. The blending of these elements never strays into outright homage but reference a common language of mythic and religious cinema to reflect the conflict between the mythic and religious themes within the story.

An intricately woven tapestry of imagery, storytelling, theatre and film, The Green Knight is a story of binaries. But, although the craftsmanship care and thought are always clearly demonstrated, the film’s dedication to its disorienting clash of psychedelia and historical romance is sometimes a little wearing and the road to Gawain’s inevitable acceptance of maturity and responsibility is a long one. Those looking for a fun Arthurian romp are more than likely going to be turned away by Lowery’s unapologetic art-house-adjacent style and, for the those who stick with it, the final act is likely to be a divisive one. But, somewhat miraculously, and whether you like it or not, the film has undeniably found something new to say about a six-hundred-year-old myth.

The Green Knight is available on Amazon Prime Video and at select cinemas from 24th September 2021.