"Old man, the cheese has slid all the way off your biscuit." 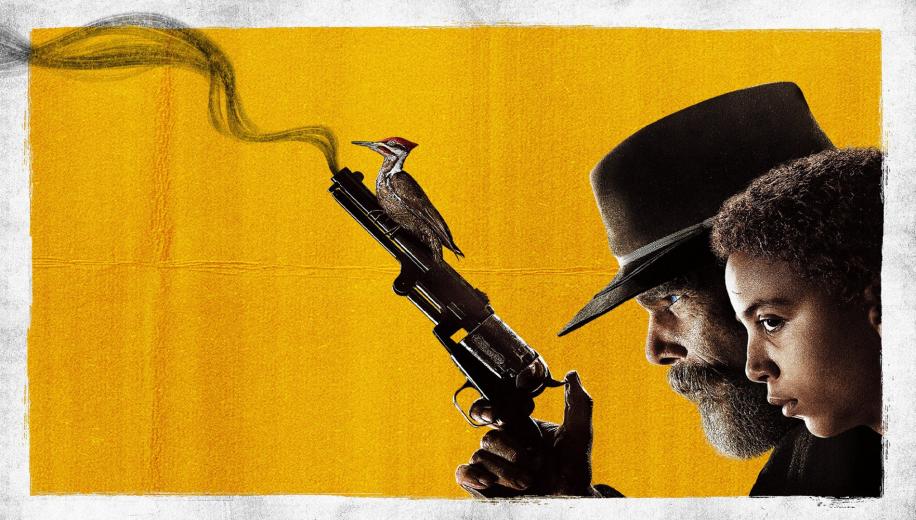 John Brown the historical figure is a complicated man. His motivations, state of mind, methods and means are all very muddy waters. One thing most do agree on is that he was violently abolitionist at a time when slavery was still upheld by the vast majority of the ruling class in America. He fomented discord, fanned the flames of civil war and pushed a snowballing civil rights movement into violent bloody action. Painted by some as a passionate martyr to the cause and by others as a frothing lunatic, either way, he was certainly a compelling figure.

Showtime’s recent limited series, The Good Lord Bird – now airing on Sky Atlantic with two episodes released a week for the next month – takes both of these views and slams them together into a shocking, hilarious, moving mishmash of semi-fictional historical drama. And it is wild.

We begin at the end, with the build-up to Brown’s execution, and single cryptic phrase “What a beautiful country.” What follows is 7 hours of bloody violence, selfishness, corruption, deception and madcap humour and all of it justified on the back of that single sentence which perfectly encapsulates the mystery in the heart of Brown and at the heart of The Good Lord Bird.

As we jump back, we’re gradually introduced to an expanding cast of supporting characters, starting with series narrator, Onion, aka Henry Shackleford, a slave whom Brown mistakes for a young girl, in his typical level of lucidity. This suits Onion well, who enjoys the privileges afforded him by the mistake – no expectations of labour, of fighting, of bravery. He carves a charmingly selfish little niche out for himself in the world and young actor, Joshua Caleb Johnson brings a wry charisma to the character.

Onion is a great player to introduce us to the world of The Good Lord Bird as he encapsulates perfectly the playfulness of the series and one of the central conceits: that people are not who they say they are. This is borne out through many of Brown’s future encounters with a slew of notable civil rights activists and the show is not afraid to skewer some of the movement’s most revered figures – a thirsty Frederick Douglass buoys up an early episode, while a self-serious Harriet Tubman weighs down a subsequent one.

The series bounces along with a kind of grotesque flippancy that wouldn’t look out of place in a Tarantino movie, drawing ever closer toward the act that Brown is most famous for: the chaotic raid on Harpers Ferry – a powder keg which arguably started the Civil War. Through it all, we are not at all sure how genuine Brown really is.

Portraying Brown, Ethan Hawke (co-writer and producer of the series) is dynamite on screen. It only takes the tiniest jolt to set him off, an explosive litany of curses and prayers devastating everyone around him. If not a single other thing about the show appeals, Hawke’s ranting and raving is a masterclass in unhinged hilarity, the effects of which are doubled by the reactions of the characters (and in a couple of notable moments – the cast, almost certainly caught off guard). The supporting bit players, including Wyatt Russell (Lodge 49, Overlord), Hubert Point-Du Jour and Steve Zahn (Treme) all chew right through the gaspingly funny script and push the momentum of the series, even as it gets a little sluggish around the traditional mid-season sag. Also pouring charm all over every scene he’s in is Daveed Diggs (Hamilton, Snowpiercer) as freed slave and black spokesperson, Frederick Douglass.

Where The Good Lord Bird falls down is in its hesitance to always hold Brown - the character - to account for the worst of his actions. Characters fictional and historical are tied so tightly into his misadventures that the blame for when they go wrong is sometimes nebulous, unsatisfying and rings a little false. By the end, the nudges to the audience to ask them to take something away about their own attitudes are a little over-egged, the faith in the audience to reflect on their own attitudes paling in comparison to Brown’s faith in God. Conversely, it also seems to seriously hold back on a judgement of Brown - the historical figure - and the fruits of his actions. Only Onion’s arc seems to manage to balance the notion of achievement against work still left to do, but it feels a little concessionary.

Hawke’s ranting and raving is a masterclass in unhinged hilarity.

Where the series almost never falls down, however, is in its production. The immersive sound design is the biggest feather in its cap as gunpowder and hollering shake the soundstage, pushing the disorientation of battle and of dizzying emotional heights right up against the eardrums. The production design adopts a modern historical style which lands somewhere between True Grit and Blazing Saddles as filthy dusters and biblical recitation rub up against high couture and Nina Simone. Rather than jolting out of historical relevance, it draws you into to a stylised realism in way which is more likely to subconsciously draw upon modern parallels. It’s a smart move and it looks great.

It isn’t, however, consistent, and seems to vary from episode to episode just how much emphasis they put on that visual dissonance. Maybe a steadier hand at the helm of the art direction and production design would have helped, maybe maintaining the continuity of just one or two directors rather than the typical chorus line swapped in and out each episode. It’s probably fruitless to speculate.

Portraying John Brown in a way which is both sympathetic and damning; shocking and entertaining; passionate and psychotic is less like threading a needle and more like putting an axe on the helve. It initially seems easy but by the end you are bashing something dangerous and sharp onto something blunt and heavy. Nevertheless, despite a few missed hits and a bit of dubious construction, The Good Lord Bird succeeds in crafting something that is able to cut deeply into modern attitudes towards achieving equality through violent means, but more impressively, it has a lot of fun swinging it around.