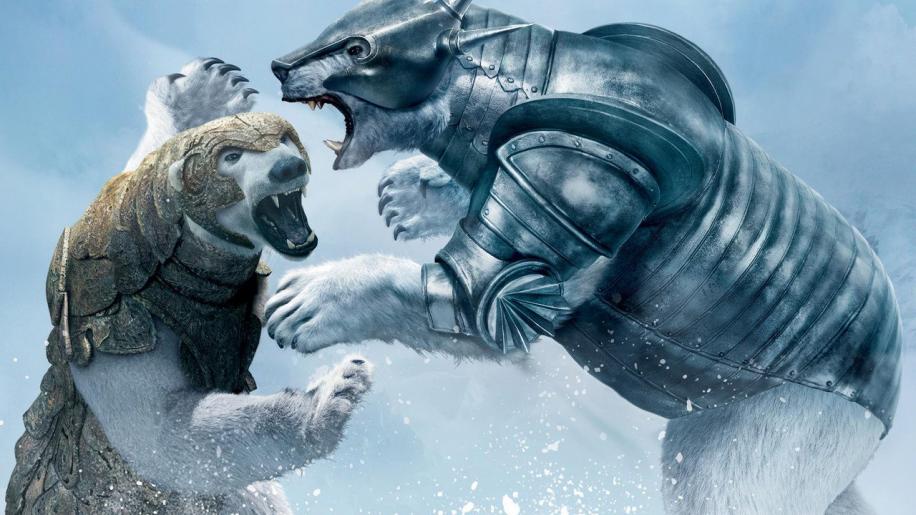 His Dark Materials is a densely layered, complex series of fantasy books set in a series of parallel worlds. The books deal with weighty issues such as child cruelty, the loss of innocence, and even the death of God. Religion is portrayed as the evil organisation that controls the world, and the Church (as represented by The Magisterium) is trying to get control over all known worlds.

In short, the source material is hardly ideal for a film version. But after the runaway success at the box office of Lord of The Rings, Harry Potter and The Chronicles of Narnia a film version became inevitable. However, during it's development, rumours of problems began to surface. There were problems with the so-called “anti religious” aspect of the novels, and rewrites were performed. Directors came and went before being attached again to the project. Indeed the final director Chris Weitz (yes, he of American Pie) had once left the project citing that it was beyond his abilities. He was enticed back. Sadly he was very right in his assessment.

The plot of the film involves Lyra Bellacqua (Dakota Blue Richards) who is growing up an orphan at Jordan College in Oxford. This is a parallel world to ours, one which is broadly the same but subtly different. Thus all human's have souls as we do but their souls are external, taking the form of animals that shadow their bodies at all times. These souls are called Daemons.

Towards the beginning of the film, Lyra witnesses her Uncle Lord Asriel (Daniel Craig) give a lecture on Dust - something that will become crucial in the second two films. After her best friend Roger is kidnapped by The Gobblers (an organisation which is taking children to experiment on then by cutting away their Daemons) Lyra launches an expedition to find Roger and rescue him.

Normally, I try to keep the personal out of reviews - but I feel here that I must express an interest. I regard His Dark Materials as the finest fantasy trilogy ever written. This may sound like hyperbole, but to me it is a beautifully written, daring, and moving series of books that has much to say about the Human Condition and the loss of innocence. I have been looking forward to the film since it was first announced. This time two years ago I was staring in awe at the screen as one of my other favourite fantasy novels was brought to captivating life on the big screen in the shape of The Chronicles of Narnia : The Lion, The Witch and The Wardrobe. That is why it gives me absolutely no pleasure at all in writing the next sentence. The Golden Compass is an absolute mess of a movie.

The problem seems to be simple. Chris Weitz wrote the screenplay as well as directing the film, and he seems to have completely missed the point of the novel. The emotional core of the book is completely lost amongst a series of rushed scenes, and ropey special effects shots. At no sense during the film do you get a sense of character development or an emotional core.

To be fair to the director though, things do not start out too badly. The first twenty minutes, set in Oxford and Jordan are beautifully realised. The sets look perfect, the actors are spot on, and the film is faithful to the book. We get to see some of the conflict between the Magisterium and Jordan college, and get some sense of the weightier issues that underpin the book.

Sadly, very quickly Weitz seems to think that all this might be boring the audience (it isn't) and there is a tangible change of pace to the movie from the moment that Mrs. Coulter (Nicole Kidman) takes Lyra with her. Gone are the beautifully set up scenes, camera movements, and considered performances of the College fellows. From this moment on, Derek Jacobi and Christopher Lee (who play two leading members of The Magisterium) get barely a look-in. Instead the film accelerates quickly, with important characters being introduced suddenly before then disappearing again - and jarring jump-cuts seeming to move to the next scene before the last one seems finished. It is a most disorientating feeling.

And this is a shame, because the casting of the film is spot on. Blu Richards is perfect as Lyra - displaying just the right amount of courage and naivetee. Kidman is also superb as Mrs. Coulter, and the rest of the cast are also spot on in looks and performance. Even down to Freddie Highmore as the voice of Pan this is the case. But there is one major misstep and that is the voice casting of Iorek Byrnison - an awesome and frightening armoured bear. Sir Ian McKellen does the duties and unfortunately it makes a fearsome fighting machine sound like a posh but rather camp Englishman. It is a major problem that does much to derail important parts of the film.

The special effects are also variable. The daemons that are seen in the film are beautifully rendered and are certainly amongst the finest examples of CGI seen in films to date. The individual ice bears when seen on screen are also very impressive, but some of the animation is just poor. When Byrnison is running through the ice fields he just looks jerky and unconvincing. In the set piece ice bear fight, the spectating bears look flat and poorly animated. It distracts from the atmosphere terribly.

But the biggest problem with the film is the plot. In the book, the ending is heart rending and emotional. It is completely unexpected, and hits home with the strength of a hammer. It is a daring ending that sets up the sequel and leaves the reader in emotional turmoil. It would have been the perfect ending for a film too - albeit a very daring ending. But Hollywood just can't do dark endings. Therefore Weitz just chooses to ignore the ending of the book completely, finishing on a completely different note. It is a major mistake that underlines just how anaemic this adaptation is.

It is not just the ending that suffers. One of the leading child characters in the book suffers intercision - the removal of their soul. I will not reveal which one. This happens in the film too, but the whole event is glossed over. It seems to have no major effect on the child other that leaving the child a little listless. In the books, it is the worst thing anyone can do - removing someone's soul. And the fact that it is being done to children just makes it worse. Any sense of how bad this procedure is, and the after effects are completely missing.

I have no wish to come across as some fan boy lamenting what Hollywood has done to a favourite book - but I do not see many redeeming features in this adaptation at all. Those who love the books will be sitting aghast at what the film makers have done. Unfortunately just enough of the plot is left in to confuse those who have no prior experience of the books at all, and these people are likely to be totally lost by the film.

The opportunities were here to make a truly memorable trilogy. A brave and telling entry into the canon of fantasy cinema. Unfortunately, due to the lack of courage of the film-makers and the sensibilities of Hollywood what we have left is one of the poorest literary adaptations I have had the misfortune to see.

The Golden Compass is presented in 2.35:1 aspect ratio. The quality of the print I saw was surprisingly weak with the occasional blemish appearing on screen, which seemed very strange for such a brand new release

Weitz uses light very well in the film, with almost the entire final third taking place in the eternal twilight of the frozen North. This low light, accompanied by the myriad special effects provide a challenging environment for film but everything is clear and easy to see.

The early scenes are also well shot, with the opulence of Jordan college well realised. The integration of man and daemon always looks seamless.

The Golden Compass has a very poor sound mix indeed. Certainly at the screening I saw there was no use of the rear channels at all, and LFE was also non existent. The music sounded shrill, but the dialogue was always clear and easy to hear.

It is always difficult to know when attending the cinema how much is down to the sound mix itself, and how much is down to poor calibration of the system. But I have seen many films on this particular screen, and this is easily the most disappointing of these.Intercision, the central conceit of The Golden Compass is the separating of a child's soul from their body. This is the perfect metaphor for what this film does to its source material. Ignoring all that is good about the fantasy trilogy, this film jettisons all the meat and leaves just a soulless mess on screen. Easily the most disappointing of the recent big budget fantasy adaptations - this is a very disappointing film indeed.