"I swear on the lives of my children: Give me a chance to redeem myself, and I will sin no more." 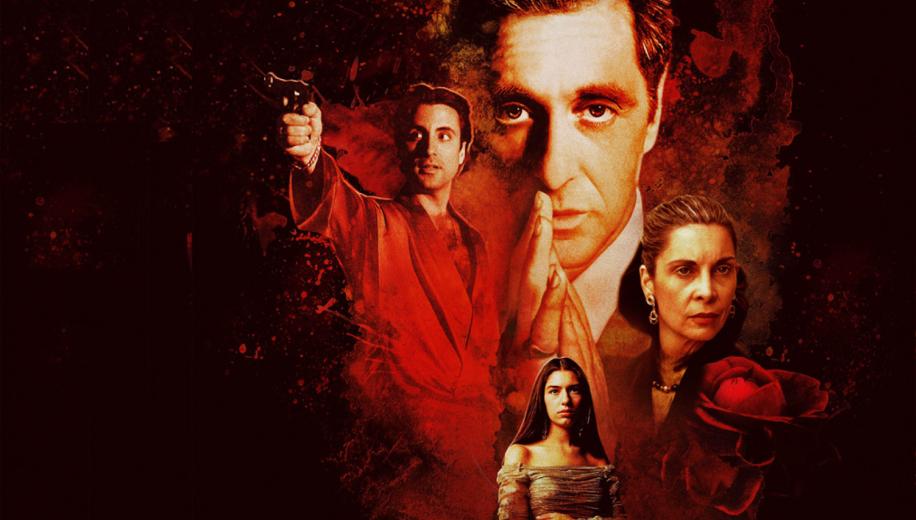 The Godfather Coda: The Death of Michael Corleone Review

Attempting to reposition the third movie as less a sequel and more an epilogue, Coppola's new 'Coda' cut isn't drastically different, but does afford an opportunity to revisit this often maligned entry.

Coppola always intended the Godfather movies to number but two, with the original and its arguably superior sequel representing two of the greatest films of all time. However, facing bankruptcy, the director was drawn back in - just when he thought he was out - to reteam with Godfather writer Mario Puzo for what he wanted to be an epilogue of sorts to the preceding two movies. Studio clashes saw this idea dismissed, along with Coppola's original title, in favour of merely Part III. Now Coppola seeks to undo that idea, retitling the movie back to what he had intended, restructuring the movie slightly with a new beginning and a fractionally different ending, tweaking scenes and dialogue here and there and attempting to serve up what he maintains was always his intention - a movie not to be compared to the first two parts, but merely to afford a 'coda' to them, rounding out the narrative with an afterword.

The story has shifted its focus somewhat, and arguably for the better, putting Michael Corleone's quest for legitimacy front and centre as the movie opens with his paying off the half-a-billion-plus debt of the Vatican in exchange for controlling interest in one of their highest profile conglomerations. It's this desire to leave the old ways behind him that drives the narrative (and, really, always did), as he tries to steer his tempestuous nephew Vincent away from starting an all-out war with his New York don successor, Joey Zasa, as well as from a relationship with his daughter, Vincent's own first cousin, Mary. But corruption in the Church reminds Michael that there is little hope of him escaping this life without shedding yet more blood.

The reality is that it is, and has always been, a good movie, it mostly only suffers due to casting, and to direct comparison

It feels slightly disingenuous for Coppola to revisit this property after all these years and attempt to assert that it was never intended to be as good - or as epic - as his first two masterpieces. The reality is that it is, and has always been, a good movie, it mostly only suffers due to casting, and to direct comparison. But to argue that this comparison was neither invited nor intended? That seems like optimistic hindsight at best. The reality is that, if it had been shot a mere few years after Part II, retained more of the cast and even the feel of the preceding entries, it would have more likely enjoyed entry into that elusive, exclusive Godfather classics club. And that the mere fact that the Studios insisted upon calling it The Godfather: Part III did not seal its fate.

Losing Robert Duvall was a mistake, whatever the salary the man was asking (George Hamilton coming across as a distinctly Columbo-TV-movie level replacement), and casting his own daughter Sofia Coppola in such an important role was also almost fatally ill-advised - particularly since it was a last minute decision, made off the back of a series of failed casting choices, that gave the then-19-year-old zero chance to get invested in the role and pretty-much killed her career (thankfully, as a director, she's gone on to shine with the likes of Lost in Translation and, more recently, Apple TV+'s On the Rocks). Joe Mantegna's part as upstart Don Joey Zasa, seemed an abortive take on John Gotti (far better 'interpreted' in The King of New York), and underdeveloped too, whilst an enthusiastic Andy Garcia barely gets the chance to expand beyond his temper-driven antics as Michael's potential successor (a fourth film focussing on his violent reign effectively destroying the family would have been interesting). Indeed, even Pacino, sporting a sharp new haircut and some questionable new cardigans, doesn't always feel like he's inhabiting the same character we've followed over the preceding two movies, although his measured performance in the latter half, as illness overcomes him, is commendable.

None of the largely casting-related problems can be fixed by Coda, although Coppola's feeble attempt to pretend otherwise does still inadvertently give fans an opportunity to revisit a film which is really pretty good in its own right - even notwithstanding some bad decisions - and which does wield a potent underbelly of a gangster story which is deserving of the Godfather mantle. Repositioning the Vatican tale front and centre is the correct decision, and does cut straight to the core. Where previously Coppola wavered on the peripherals with a throwback party intro (clearly designed to echo the similar opening of The Godfather) which simply doesn't stand comparison, now instead the Vatican tale gets your attention from the outset, and the struggles of Michael to attain legitimacy for his legacy become instantly palpable, lending the successive tragedies that befall him more weight, and giving the 160-minute movie more impetus. It was always a flawed follow-up, and, without a Snyder-like access to hours of footage on the cutting room floor, the filmmaker couldn't have hoped to have changed that, but those who can still look past the flaws will find this at least as enjoyable a watch as it ever was, and hopefully even a slightly better one.

The Godfather Coda: The Death of Michael Corleone comes to UK Blu-ray courtesy of Paramount. The disc presents a 1080p/AVC-encoded image in the film's original aspect ratio of widescreen 1.85:1.

A very pleasing, frequently excellent presentation that should tide us over until the 4K release eventually lands

Reportedly, this presentation comes from a brand new 4K scan of the original negative, with Zoetrope and Paramount working on a 'frame-by-frame' restoration to deliver the best possible presentation, and the end results are certainly impressive. Detail is excellent, and all those scratches and print damage previously found (and likely found on any old negatives too) appear to have been dutifully removed without robbing the image of any of its integrity. There's a strong layer of grain to lend the feature some welcome texture, and it looks ready to go in 4K (to the point where it feels like the darker nature of the movie would really appreciate a Dolby Vision upgrade).

The colour scheme is richer than many might remember The Godfather: Part III looking, although that might be rose-tinted recollections, but whichever way, it's a very lavish looking feature, with some red dominance underpinning the traditional Godfather sepia infusion and those quintessential blacks. Skin tones are healthy and the palette is impressively rendered, rounding out a very pleasing, frequently excellent presentation that should tide us over until the 4K release eventually lands.

The Godfather Coda: The Death of Michael Corleone's Blu-ray release delivers a very strong aural accompaniment in the form of a Dolby TrueHD 5.1 track which has also received some solid restoration work to leave it in the best shape it's ever been in.

Dialogue comes across clearly and coherently throughout, largely disseminated across the frontal array, whilst effects bring forth the buzz of the parties, operas and various other large engagements, whip up a storm during the helicopter assault, and deliver a few thunderous blasts courtesy of shotguns. The score is still exquisite - but for perhaps the rather meta use of the 'theme' in the song Michael is sung - and provides welcome material for the surrounds to further engage you with. It's a very good effort.
﻿

Paramount clearly have their eyes set on the 2022 50th Anniversary 4K set that they're reportedly working on, as this release doesn't even get any extras, let alone a full 4K release.

This release doesn't get any extras

If you want to call it an extra, there's the option to play the movie with a 60 second intro from Coppola who briefly notes changing the name and the beginning and end and tweaking it.

The Godfather Coda: The Death of Michael Corleone is, on the one hand, a pretty thinly veiled attempt to drain a last pint from the Godfather cash cow before the full 4K restoration which is rumoured to be due in 2022, in time for the 50th Anniversary. On the other hand, the minor tweaks Coppola has made do bring the story back into focus somewhat, and it does present an opportunity to revisit this often-utterly-disregarded third entry with some distance from the long shadow of its masterful predecessors, and perhaps thus gives it the room to breathe and be judged on its own. As such, it's a compelling, well-staged gangster epic which is mostly just flawed by some questionable casting choices.

Fans will struggle not to satisfy their curiosity, particularly with the long wait until the 2022 4K set

Paramount's UK Blu-ray release of The Godfather Coda: The Death of Michael Corleone doesn't really mess with frills, delivering its core new cut with nothing more than an intro, affording a very nice new remaster but also no sign of a 4K release - itself a disappointment - whilst the audio track is very good too. Fans will struggle not to satisfy their curiosity, particularly with the long wait until the 2022 4K set.