The Girl on the Train 4K Ultra HD Blu-ray Review 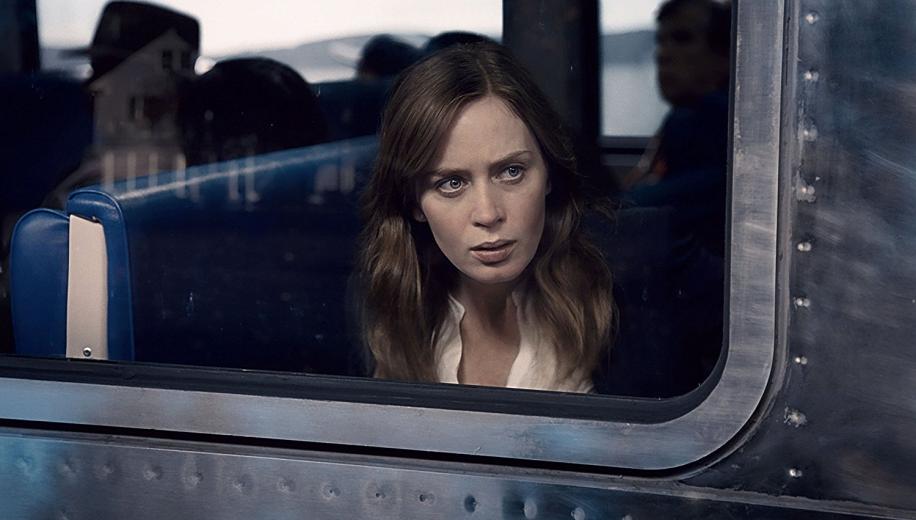 The Girl on the Train UHD Blu-ray

I need to remember!

Emily Blunt stars, along with Rebecca Ferguson, Haley Bennett and Justin Theroux in this retelling of Paula Hawkins' 2015 debut novel of the same name; not only does she steal the show but also manages to save what turns out to be a somewhat mediocre thriller from relative obscurity with a compelling performance. Blunt, eschewing her natural radiance in favour of puffy, blotched and downright dour demeanour, plays Rachel, an alcoholic emotional mess of a woman fantasizing about a ‘perfect couple’ she sees on her train commute to work every day. This is compounded by the fact that she used to live next door to the couple’s property, which is inhabited by her ex-husband, his new wife and their child, which fuels her despair and worthlessness.
When the wife of the couple suddenly goes missing, Rachel may have important information for the police, but is unable to recall the events of the night in question due to an alcohol induced blackout. What follows is a whodunit type thriller of misdirection, unearthed mystery, shocking revelations and horrific outcome. Directed by Tate Taylor and sticking pretty much to the source novel, the film unfolds, in the first act, quite well, with introductions and information making good headway; however it very soon becomes bogged down in its own unrealised ideas with the final revelation being quite obvious to those seasoned enough to spot the clues. The final product is therefore somewhat sluggish and pedestrian, with only Blunt’s amazing performance being worthwhile. The Girl on the Train was, unusually in this day and age, filmed on 35mm using both Arricam LT and SL cameras, and was finished using a 2K Digital Intermediate (DI), which presumably formed the basis for this Ultra HD Blu-ray release. The film was upscaled to 3840 x 2160p and presented in widescreen 1.85:1 aspect ratio. The disc uses 10-bit video depth, a Wider Colour Gamut (WCG) and High Dynamic Range (HDR), and is encoded using the HEVC (H.265) codec. We reviewed the Region free US Ultra HD Blu-ray release of The Girl on the Train on a Panasonic 65DX902B UltraHD 4K TV with a Samsung UBD-K8500 Ultra HD Blu-ray player.

Detail is excellent throughout: skin texture, watery eyes and hair lines on close ups are crisp and sharp, while clothes have discernible weaves. Distant and middle distant shots are just as clear, the autumn grassy laybys of the rail embankments, overviews of houses, establishing shots of the rail lines; all are perfect. Of course all this could be said about the 1080p image as well because the 4K image is a barely noticeable improvement.


Not the major step up in picture quality you might expect, but the improvements are there

The WCG and HDR do, however, improve things, but not to the same extent as reference discs; the nature of the film's colour pallet precludes bold colouring, indeed it’s all quite drab and earthy, but where the HDR really comes into its own is representing colours that the 1080p image simply does not have. Gradations in painted doors, or sharpness to street lights, or, best of all, the clearly evening shot overlooking the tracks with it ambers and blues is streaks ahead of the Full HD version which is bland, ordinary and could be any time of day. This is rare though.

Brightness and contrast give tremendous blacks, far deeper than the 1080p image, hiding terrific detail in the shadows (check out Rachel’s many silhouettes in the tunnel), while the highlights are also clean and clear. It could be argued that this dynamic range pushes the picture too far and that the Full HD is easier on the eye due to it being more uniform (think Watchmen) but whereas that latter title was absurd, Girl has a far more natural stance and, for my money, stands above in terms of clarity.

Digitally there were no compression or edge enhancement issues. The grain structure was minimal (except for one cloud scene) and organic when visible and added to the richness of the image. Nowhere near the major step up in picture quality you might expect with this new format, but the improvements are there. Not being an action block buster there is very little in the way of bombast surround action; however what you do have is a carefully crafted, natural ambient surround track that does very well at placing into the picture. This is never better that on the train itself which does very well at enclosing you into the claustrophobic atmosphere of the commuter while the clatter of the rails sail by. Scene transitions are normally accompanied by train noise and these too jolt through the room with a terrific sense of stereo. Dialogue is clean and clear, dominated by the frontal array, and sounds very natural and is never lost in the mix. Bass is limited to holding the track to realism, LF effects are scarce and normally reserved for stingers rather than any on screen action, though the trains and the sickening thud of stone hitting home are well realised. Whilst is won't set your room alight with its surround effects, it is nevertheless very adept at cocooning you in the world of the film. The bulk of the extras are found on the included 1080p Blu-ray, save for the Audio commentary which appears on both discs.

Audio Commentary – With director Tate Taylor whose somewhat lacklustre and pause heavy chat does hit many of the right notes with regard to content (main production, filming, locations, casting, character drives etc.) One stop listen for those interested in the making of the film.
The Women behind the Girl – Short five minute piece mainly with the author of the novel, Paula Hawkins, and her thoughts on the characters, the screenplay and casting choices.
On Board The Train – Double the length of the above feature and a continuation of it this time looking at performances, story progression, set design and cinematography.
Deleted and Extended Scenes – with a total runtime of just under twenty minutes there are fourteen in total, mostly centred around Rachel adding the odd character beat but nothing that couldn’t be gleamed form the feature as is.

The Girl on the Train Ultra HD Blu-ray Review The Girl on the Train is director Tate Taylor’s retelling of Paula Hawkins' novel of the same name, starring Emily Blunt in the titular role as the alcoholic emotionally distressed, Rachel, who may or may not have information about a suspected kidnapping of a young wife who lives next door to her old property now inhabited by her ex-husband, his new wife and their child. The film unfolds in a fairly pedestrian manner, throwing in twists and revelations to keep you interested, though anyone with any savvy will spot the outcome a mile away. Blunt, however, is stunning in her role and holds the whole film together; indeed she saves it from being just another lost thriller with her compelling performance.


Blunt is stunning in her role and holds the whole film together
As an Ultra HD Blu-ray set, the package from Universal is pretty good. The 4K picture is a slight step up from the 1080p image in terms of detail and colour reproduction, but not as far as you might be used to or think. The sound provides a reasonable enough surround environment (particularly good in the train) with effective dialogue and decent bass, though the film is not meant to be a shock and awe experience. The extras are very light, but the deleted scenes and audio commentary add some good value.