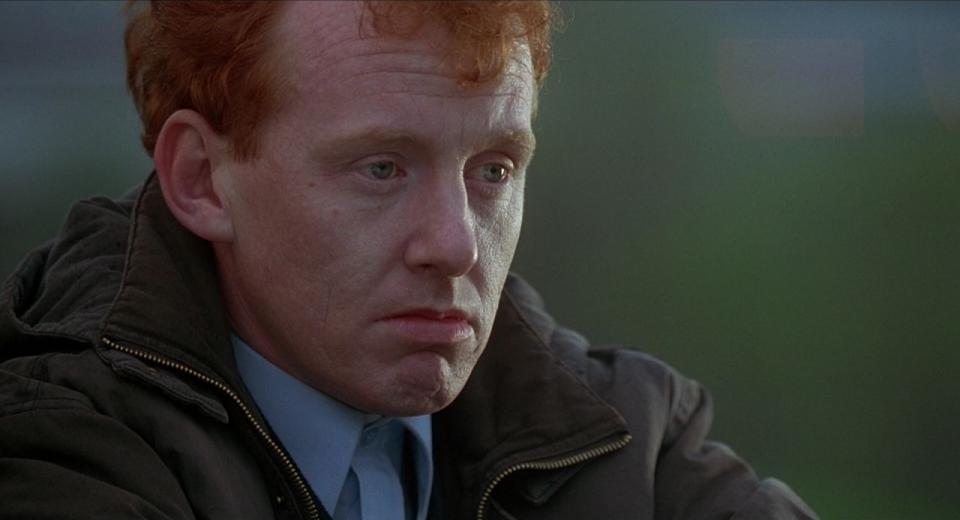 Shot on 35mm, this AVC-MPEG 24fps transfer looks superb. The clean-up has removed none of the earthiness and grit that defined this movie, while transfer noise and film grain is minimal. The picture has not been over-stabilised, so frame creep and jitter is evident from time to time, but it is not intrusive. Even on tricky blue skies, there is virtually no solarisation or noise, while shadow detail in the industrial locations is almost up to the standards of the latest digitally originated movies. Brightness and contrast is spot on in virtually all respects and the high technical quality of the movie making is extremely evident throughout.

The camerawork is quite safe on the whole, with mainly simple cuts, no CGI or optical effects and a very “analogue” feel about it. There is nothing that jumps out as wrong, with the editing finely judged to end frames on a “beat”, fitting the musical styles very well, but it is not the most exciting from a creative point of view.

The use of plenty of long lens shots with a tight plane of focus has softened the Sheffield backgrounds into the smog, giving them an even more grimy feel. The whole movie feels much more than a sum of its parts, after all, how do you make the front room of a frumpy bungalow tell the story of a middle aged woman spending beyond her means? Somehow here the set dressing and shooting manage it very well. Composer Anne Dudley wrote a stunning score and orchestrated it with a diverse range of instruments, from tenor sax to harmonica. Playing a reggae beat on acoustic guitar is just inspired and it was the score that really defined the movie in the same way that the more predictable music of Brassed Off managed as well.

The DTS-HD MA stream feels a bit wasted though. The original surround mix remains untouched and it is not that exciting and with very little surround information. Even in its day, the movie soundtrack was not the most modern of designs and it is showing its age. Dialogue sounds detached with occasional lip sync issues and a very narrow sound stage. On a home cinema it is OK, but on headphones, the issues become very clear indeed. Ambience is there if you listen hard enough, but the general noise one associates with an industrial city is sadly muted at times. This is not the fault of the transfer, as all the issues exist on my older DVD copy as well, but at least the disco music and iconic score cover up for lack lustre mix to a certain extent. The LFE channel is only used to reinforce the music, so no wow moments in that department, but to be honest, the film does not need it. This single disc SKU has been packed with extras, mainly culled from the 10 year anniversary DVD release. This does mean the extras are all in standard definition and do feel a little amateurish compared to the more polished presentations we are treated to these days. The majority of the extras are more in the style of a retrospective than any sort of production diary, with everybody from the director, through the composer to the dialect and linguist coach giving their thoughts. I have to say, they all take themselves rather too seriously and it feels like being back at school, watching all the life being sucked out of something interesting by wrapping it up in unnecessary lumbering academic padding.

Commentaries from Director Peter Cattaneo with Mark Addy plus Producer Uberto Pasolini are included and extend to the deleted footage, which is always interesting. Cattaneo spends half the time telling us what he would have done better with more time and money, Addy struggles to recall the specifics of the shots and kind of bumbles through things while Pasolini shows he really does not understand the film, but does his best anyway.

The Cast reel is actually on set press interviews with cast members Carlyle, Addy Snape and Wilkinson. Probably the most watchable of the extras as at least they were filmed at the time, not 9 years later!

Music Machine allows you to jump to the various songs within the film, while the Publicity Campaign is the various UK and International trailers and extended spots.

The rest of the featurettes are really just a collection of interviews, some tiresomely long with various producers, crew, critics and producers. They may have been split into various reels concentrating on different aspects of the production, but could have been edited down to one third of their length and formed just one short without anyone complaining.

What could have been an interesting look back at the British Film Industry in the 90s actually manages to avoid anything of relevance or interest. Concentrating on the political landscape at a time when the government’s policy was one of ambivalence seems strange, as does the lack of discussion about how well respected the technical teams, directors and DoPs are and were, worldwide. What we get is a long treatise on the BFI and various other Quangos that were sapping the life blood out of the industry at the time and not contributing at all to the film industry.

The menu loads very quickly and there are no adverts and trailers to sit through. It all looks very attractive and slightly tongue in cheek as well. The British will always be the best at gritty, fun movies with more than a hint of tongue in cheek and this movie defines the genre. From the quirky iconic sound track to the inclusion of subject matter as diverse as male obesity and homosexuality, there are so many reasons why this movie should just have been a limited release British movie, not a worldwide hit, dubbed into at least seven languages and the winner of two BAFTAs and an Oscar. The perfectly paced storyline and superb acting made it a real worldwide phenomenon.

Technically, this film has on the whole, stood the test of time. This is an excellent transfer, faithfully replicating the excellent picture and so-so audio. Despite the fantastic score and groovy disco songs, the sound is not a totally enjoyable experience and is feeling its age a little due to a basic surround mix and rather disconnected vocals. The extras are all recycled and this is a shame, but not totally unexpected for a film now 15 years old.

One for the collection and good for a spin to lift your mood now and again.