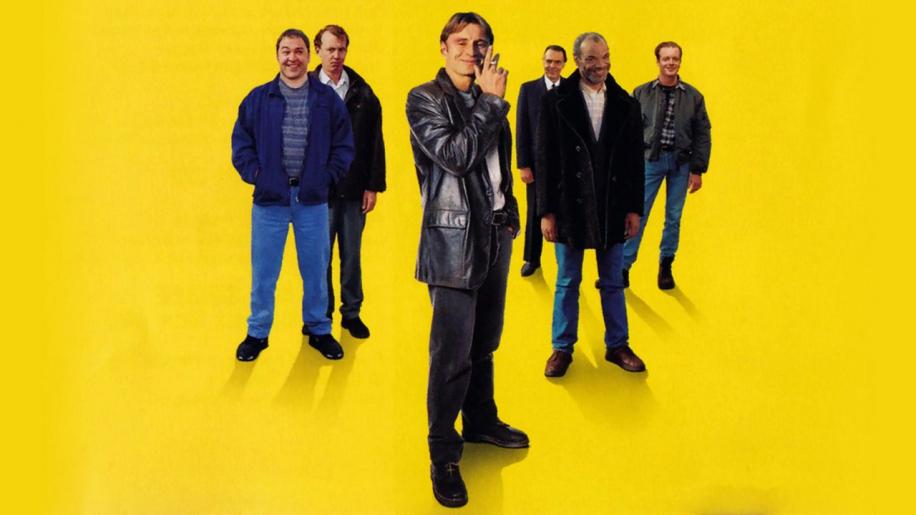 Considering the amount of obvious hard work that has gone into compiling an exhaustive selection of supplemental material on this new special edition release, it comes as somewhat of a perplexing and frustrating surprise to see that 20th Century Fox has rolled out this somewhat tatty old print with which to showcase the main feature. Looking at it optimistically, perhaps there is an issue with the quality of the original materials which has meant this is as good as you get, and it's difficult to see how if it was possible to tidy this up why it hasn't been done. In all honesty, I've seen forty-year-old films which have less damage than this exhibits at certain points. The problems don't particularly lie with the quality of the transfer, which has been blessed with a generous 7.7 Mbps video bitrate. For sure it's not pin sharp, and it's a little grainy in places, but on the whole this is a pleasing result. There's not a great deal of digital artifcating going on here, and haloing and edge enhancement are limited. Likewise the colours are solid and even throughout. They are a bit muted and pale, but I'm guessing this was directorial intention after all this is industrial Sheffield, not Torremolinos. Where the issues lie is with the quality of the print, which looks like it's been kept in a garden shed, and is a little rough around the edges to put it mildly. Some scenes escape ok, but others are in terrible shape. Daytime scenes show up the worst of the flaws with great clumps of dirt and huge scratches regularly bobbing up and down on screen, which makes you think you're watching a from about fifty years ago and not the mid-nineties. It's a shame really, as the movie certainly deserves better. The Full Monty arrives equipped with both DTS and 5.1 tracks. The DTS is the better of the two, with its characteristically clearer and more precise audio, although both make an admirable (if far from reference) fist of translating a dialogue heavy understated film into a full surround experience. The tracks are solid, if never excelling, with clear well balanced dialogue and a reasonable attempt to channel some ambiance into the surrounds. The soundtrack however, only really springs to life in its excellent recreations of the superb musical accompaniments in the film. When it does so the sound is lifted to a whole new level and is a great listen. Overall a brave attempt to draw a more encompassing listening experience from the film. Also included for completists is a standard 2.0 track featuring the US English track used for the films American release. Alas this isn't some hilariously atrocious dubbing enterprise with voiceovers from Bill Shatner et al, but instead rephrases a few snippets of dialogue our friends over the pond apparently struggle to understand. This DVD package comes into its own here, with two discs stuffed to the brim with a comprehensive selection of supplemental materials guaranteed to entertain the fan for a good few hours. Disc one opens up with two audio commentaries, one from Director Peter Cattaneo and actor Mark Addy, and a second from producer Uberto Pasolini. The Cattaneo and Addy commentary provides a great listen. Leading much of the conversation is Cattaneo, who is in great form providing an engaging and energetic commentary full of informative trivia. The second commentary, although containing some interesting information on the genesis of the film is a harder slog, not helped by Pasolini's voice which barely changes pace or note for the entirety of the commentary, like some kind of well-spoken Italian automaton. Following this we have no less than ten deleted scenes, all with optional commentary from Cattaneo to explain their omissions from the final cut. These are presented in rough 'n ready form (complete with crew clipboards) and flesh out the characters and plotlines without ever being essential. Next up we have a section entitled 'The Cast' which provides the usual filmographies/biographies, but adds a novel feature: there is a split screen which also includes brief interviews with the relevant cast members where they discuss aspects of the film, predominantly relating to their own characters. 'Original Publicity Campaign' collects together all the promotional material recorded for the film in one extensive sub-section. There are two trailers, four TV spots, two PPV trailers, and a five minute promotional featurette designed for American audiences which contains all the usual PR bumf. 'Music Machine' closes disc one, and is a nifty menu which allows you to shortcut to all the musical cues and montages present in the film, all at the touch of a button. Disc two is comprised of a host of featurettes, all assembled into four sections: 'Development', 'Production', 'The Success and its Aftermath', and 'A Bigger Picture - A Look at the British Film Industry in the 90s'. 'Development' is divided further into three sections. 'Developing the Script' (7:45) is an interview with Pasolini headed by film critic Derek Malcolm concerning the initial pre-production of the movie. This is followed by 'Finding the Director' (6:00) which continues the interview and follows the same path. Both are interesting, however material is recycled from Pasolini's commentary. Rounding off this section is 'Focus on Sheffield' (9:37) which details the influence and importance of the setting, and includes Cattaneo's student short Sheffield Steel. 'Production' is also separated into sub-sections, and opens with 'Anatomy of a Scene' (10:52) which focuses on the job of integrating music into scenes from the film. Following this is 'Stocksbridge Brass Band Blues' (5:00), a brief but entertaining glimpse at the real life band and their own financial troubles and battle against extinction. Next up is 'Song and Dance' (9:09) which features extensive interviews with music supervisor Liz Gallacher and focuses upon the importance of the formation of the soundtrack. Then follows 'Editing' (6.57) where the crew discuss the extensive work done in the editing suite to ensure the tone of the film was kept spot on. Lastly is 'Translating English to English' where an academic points out and explains the meaning behind some of the dialogue changes made with a view to an American audience. 'The Success and its Aftermath' is a ten minute featurette that focuses upon the films' tremendously successful reception both critically and commercially. Interviews with the cast and crew examine their feelings on the success and some of their theories as to why the film became somewhat of a cultural phenomenon. Lastly, but by no means least we have 'A Bigger Picture' (27.45). Primarily contributed to by film historian Ian Christie, and also featuring other directors and produces from the national scene, this interesting documentary catalogues in detail the state of the British film industry at the time of The Full Monty. All in all this is a superb and exhaustive collection of additional features that demonstrate a painstaking attention to detail, and the effort that has gone into their production must be applauded. All the original materials are meticulously collected together, and the original material recorded specifically for this release is both informative and worthy. A great collection. A cracking movie and an extremely comprehensive release let down only by the disappointingly substandard picture quality. Despite this flaw this remains an essential purchase for fans of this classic Brit-flick.