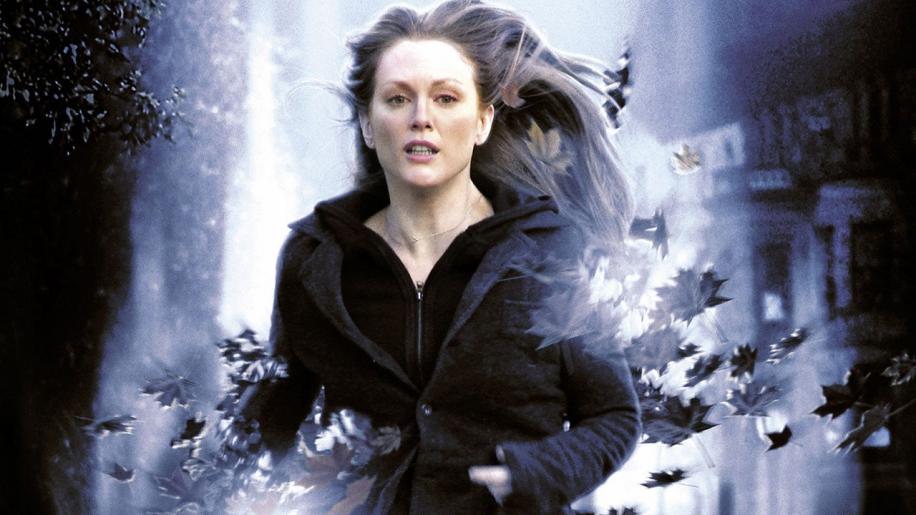 Picture quality isn't too bad actually; the best way to describe it is competent. The picture is a little grainy, but nothing too obtrusive and I honestly believe it is part of the style of the film. Edge enhancement is minimal, although one scene with Anthony Edwards did look superimposed, but again that's a minor criticism. Halos are minimal but present, although it's not going to really ruin the movie for anyone. Colours are not particularly vivid, again, reflecting the style of the movie, using more autumn-esque tones. Blacks are dark but detail is average at best, reflecting the comment of the transfer being competent. There are moments where you can see that a character's trousers are black, but it's a solid black, showing no detail of creases etc. Flesh tones however are fine, with reasonable amount of detail, but have seen much better recently. As I said, not a totally hideous transfer, but for such a recent film, you can't help but feel it should be better. Audio luckily is far superior to the picture, with nice use of the surround channels giving a sense of ambience and pull you as much into the movie as can be done. LFE is average, mostly used for deep sounds (which are usually for the jumpy scenes). Dialogue is sharp and clean, although I think it could do with a slight gain in volume compared to the other channels. Separation of the channels is fine but not overly special, as this isn't a particularly busy soundtrack, but when it does get busy, it's handled well. Again, this soundtrack isn't going to be a reference disk, but it is perfectly fine for what it does. Starting off, the Special Features section contains access to the commentary track - why they can't put it in the soundtrack selection is beyond me. The commentary track is between the director, Joseph Ruben and the writer, Gerald Dipego and as 99% of commentary leaves me cold, the first 5 minutes was enough for me! Still, if you like them, then you'll probably listen to it but if you're like me, 5 minutes is more than enough! Remembering The Forgotten is a 20 minute featurettes which explains how the writer got the original idea, through the idea pitching stage etc. to the thoughts of the director and cast. It's a little gushing (Edwards wanting to star with a “talented, beautiful red haired actress), but informative enough. Don't watch before the movie, it will ruin the end for you.On The Set:The Making of The Forgotten is your typical PR fluff, back slapping EPK, which runs for 14 minutes. Although it retreads material you've seen on the previous feature, it's too much like every other EPK for you to worry about if you've missed anything. Again, it may spoil the movie if you view this first. The Deleted scenes consist of 2 scenes and the alternate ending, which definitely works better in my mind than the original. The other 2 scenes “The Abduction” and “The Kiss” are merely extensions and don't add anything to the story, although when the running time is this short, cutting them out really doesn't make any sense. Finally we get trailers for “The Forgotten”, “Hellboy”, “Resident Evil:Apocalypse” and “Frankenfish”, the last one being worth a watch just for the sheer disbelief it will bring. Well, it's either X-Files lite or a missed opportunity. I feel it falls into both categories rather easily. It's mercifully short, but it does feel rather leaden and doesn't live up to the promise that the trailer showed. It relies too heavily on musical-cue oriented shocks (if you don't believe me - watch a jumpy scene with and without sound) and wouldn't feel out of place if Rod Sterling came on within the first 5 minutes. If it interests you, I'd suggest a rental first before springing out cash for it.