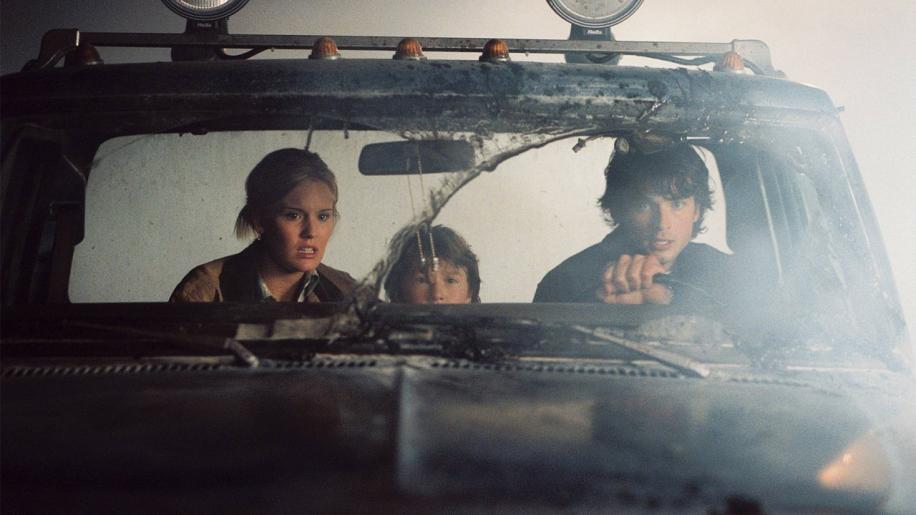 As is the norm, movies which are very poor have very respectable transfers and this one is no different, due to its age print-wise. Image wise, this looks very good with only a little grain present. Colours are fine, black levels are deep and dark and the whole image doesn't suffer with too much in the way of faults. Shame such a decent transfer goes to waste on this disc.

With a Dolby Digital 5.1 soundtrack, I found it to be adequate but slightly underwhelming. While the general ambience is fine, I found that it lacked punch especially in the areas where you're supposed to jump, which it failed severely at. Dialogue is always clear however and music is suitably accomplished, but I can't help feeling disappointed with the lack of oomph that this soundtrack needed, in my mind at least.

With a director's commentary, a making of, a special effects feature, some deleted scenes and a featurette surrounding remaking a “horror classic”, the extras are merely average. Some are a little too sentimental and fluffy, with gushing evident along the way. In some ways the best featurette is where they discuss remaking the original and updating it, thinking that this movie is on a parallel to the Carpenter classic. It's not and it's amusing to see them think it is. Average content really.

Remakes generally are more misses than hits and this one is way off the mark. The story is drawn out, it's not scary, it doesn't really share anything with the original outside of the premise and the actors are sadly fish out of water in this arena - they need to step up their game for the big leagues. While it isn't the biggest turkey on the planet, the concept of remaking a classic is and on that level, it's one of the worst ideas Hollywood have had for a while. Avoid.