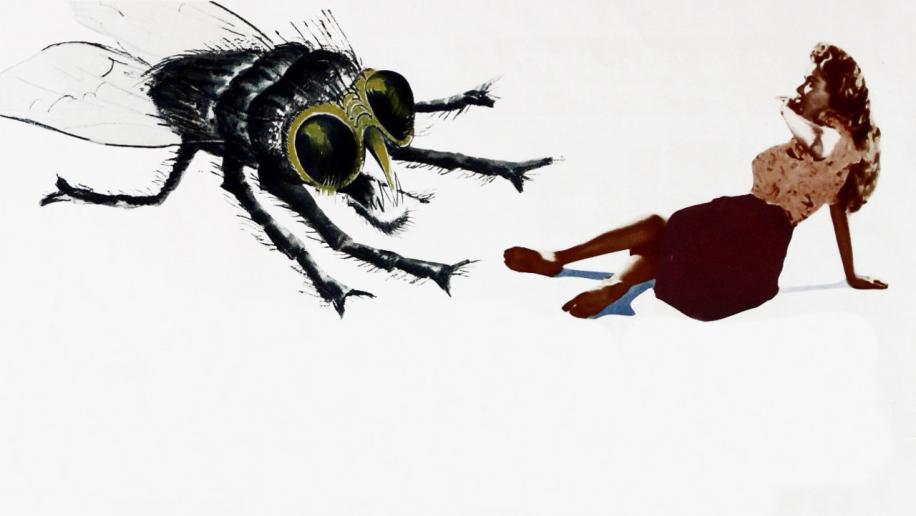 All three original films are provided with anamorphic 2.35:1 ratios, whilst the two 1980s releases are presented in anamorphic 1.85:1 transfers. Nothing here is of resounding quality, but considering the age of the films involved, the end result is satisfactory. The best result comes from Cronenberg's effort, which is relatively crisp with an impeccable print. Walas' sequel is the grainier and softer of the two, although both have consistent colours and effective black levels.

The earlier movies are understandably softer in clarity and raggier in appearance, although are perfectly acceptable, with the original Fly looking the best of the three. The two sequels are black and white, and have some sound issues associated with the format, although nothing overly serious. Occasional digital artefacts impinge on every film here, but none are to a particularly distracting effect. These are solid reproductions, although don't expect to be blown away here. The best tracks come unsurprisingly from the two newer films, which are provided here with DTS and 5.1 tracks. The DTS unsurprisingly holds the advantage in clarity, however neither push the boundaries of the format in terms of spatiality. Rears aren't brought into play as much as I may have hoped, although the sound overall is impressively powerful and robust throughout.

The original film is given a Dolby Digital 4.0 track, while its sequel and the third film are given 2.0 tracks. These are acceptable if hardly astounding, with clear audio and a nice balance. Again solid, but unremarkable. Both The Fly (1986) and the Fly II (1989) are blessed with spectacular new 2-disc special editions for this new release. These two new releases are absolutely amazing packages with audio commentaries additional documentaries, deleted scenes, articles, galleries, press kits, the whole nine yards. The Fly pips its predecessor thanks to a wonderful audio commentary from Cronenberg and an absolutely mammoth documentary 'Fear of the Flesh' which remarkably runs to over two hours on its own. Any fans of these two entries in the series will surely be in supplemental heaven here.

The three original movies are much less impressive, with only a theatrical trailer as a bonus feature. Whilst it would have been nice to have some input from film historians on these releases (certainly the original deserves more), the sheer wealth of exceptional features constructed for the two eighties entries more than make up for the lack of supplemental materials on the earlier movies. This is certainly a comprehensive selection, and worthy of purchase for fans or collectors of the films. Whether the relatively flimsy Telepod packaging is enough to justify the high price tag is the choice of the consumer, as all films are available in identical forms separately (with the exception of the Fly II, of which a UK SE is at present limited to this release).