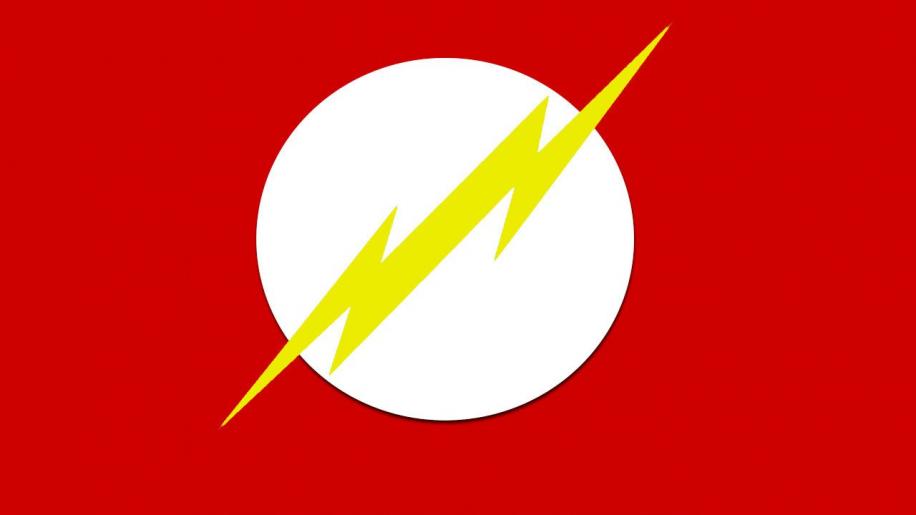 The image that Warner Brothers have supplied for The Flash is fittingly colourful and vibrant. Presented in non-anamorphic 1.33:1, the show looks very fresh and sharp indeed, and not at all like a series that was broadcast sixteen years ago. Skin tones are excellent, offering a healthy TV sheen to the cast and the level of detail on their faces is pretty accurate, too - unfortunately so in Amanda Pays' case. It's that curling lip again, folks ... I hate it! Colours have been wonderfully transferred to disc, lending the picture a gorgeous palette that incorporates the full spectrum without too much saturation and no bleed or smearing that I could see. The discs cope admirably with the overall fidelity, never letting the colour scheme disrupt the image and keeping it rich and faithful to the makers' intentions. The comic-book atmosphere is well-maintained throughout the series, with some scenes dominated by reds, which can be either sadistic or Flash-controlled, or blues that offer a smooth coolness to the night-times and interiors, but in the main it possesses a full-on multi-hued combination that has the image literally throbbing from the screen.

Detail is very good, too. Although the fuzz of old TV archived tapes still makes its presence felt in some dark corners and across some staple shots of regular exteriors that are usually the points at which the commercials would have appeared. Some noise and damage is present, but not to a distracting level. Occasionally when the Flash does a super-quick dash out of a scene, his particular shot looks grainy compared to the rest of the sequence, but this is down to the visual fx sometimes revealing their vintage and no fault of the transfer. The Flash's costume, ahem, comes across very well with the detail on the material really visible. Backgrounds are reasonably well-treated and the image, as a whole, seems quite open to scrutiny. Fast action - of which, of course, there is plenty - is sharply rendered, despite the intentional blurring of our hero's movements. Blacks are deep and strong and consistent throughout the series and the very small smattering of grain actually lends a nice filmic quality to the picture.

Digital gremlins aren't too much of a problem either. I noticed some artifacting and some very occasional slow filtering in the richer, deeper elements of the image but, overall, the transfer is clean and crisp and reliable. A good effort. The Flash comes with a Dolby Digital 2.0 mix that is more than satisfactory for a show from 1990. The stereo track can be boosted up quite nicely by ProLogic II into something much more dynamic, although the effect will never really extend that far into the room. There is a great width across the front soundstage, providing a reliable, and boisterous, wall of sound. The low end supplies a little bit of oomph but don't expect too much in the way floor-rumbling bombastics. The stereo separation adds a lot of atmosphere to the proceedings, with many instances of voices and effects steered with precision, and the general hubbub of ambience is reasonably well achieved.

The score by the dream-team of Elfman and Walker is rich and forthright, pounding away with a full-bodied presentation that is always pleasing, and never swamps the dialogue. Some episodes make greater use of the directional effects than others, however, and this seems to be a bit hit and miss, rather than intentional to the show itself. Overall, though, I was very happy with the audio provided as it adds considerably to the atmosphere and fun of the show. Nothing at all, I'm sorry to say. Some background on the character, the comics and the genesis of the show would have been nice, but you'll just have to content yourself with the lush gatefold pack, instead. Which is very nice, by the way. This set gets an 8 of 10 for the sheer fun of the show and its smart AV performance. It is a great shame that no extras could be obtained for such an ambitious and brave undertaking and faithful fans could well feel a bit peeved by this. However, for your money, you are getting the entire run of episodes in beautiful condition and that can't be bad.

Personally, The Flash won me over in the first couple of episodes and, despite my misgivings (come on, the show practically invites you to take the mickey), I grew quite fond of the Scarlet Speedster and his rapid-fire adventures. And the series does gain momentum as it progresses, with the foes becoming more and more outrageous and comics-orientated. For fans, this set is essential. For novices, like me, it provides solid entertainment, interesting storylines and a character that is eminently likeable and heroic without taking himself too seriously. Batman he most certainly isn't ... but The Flash still cuts a dash. Go on, give it a whirl.