Continues to shock with its sheer audacity 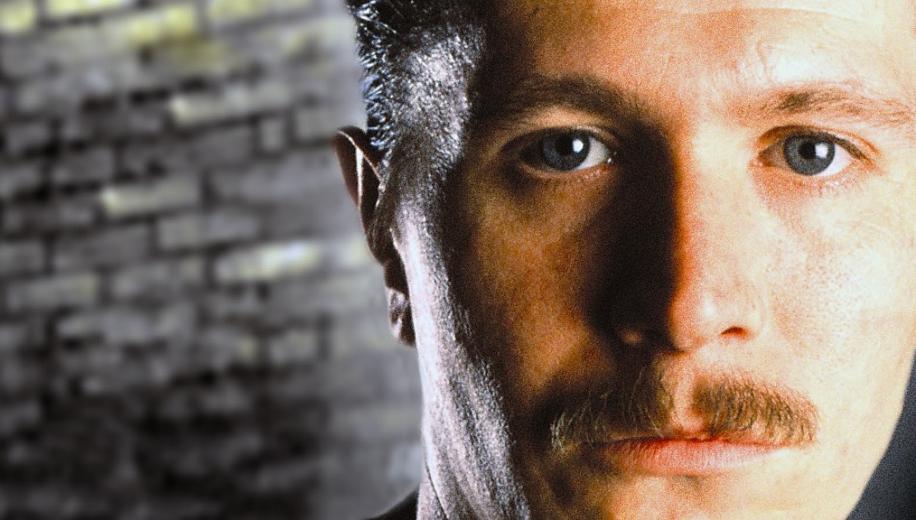 We come in peace, we leave you in pieces

Bex is married with a child, has a well-paid job, a nice house in a nice community and has a good bunch of mates that he hangs around with. Bex is also a violent sociopath and football hooligan, who would rather fight his way through life than talk. But he has a plan. A plan to unite all the rival football gangs, or ‘firms’ as they are known, to swarm into Europe creating the sort of havoc that has plagued the English game for years. Only the rival firms don’t want it, they would rather fight on their own and quash Bex’s plans with their own fists. It will take something extraordinary to happen before the firms’ work together. And Bex is the man to provide it. He will unite them under his rule; they will not get in his way, his crew will not get in his way, his wife, child and lively-hood will not get in his way. He needs the ‘buzz’. Needs it more than anything. But what will he do? How will his dream come true? It will take great sacrifice and Bex is the crusader, the chosen one and on his shoulders does he carry the game forward. His legacy will be forever remembered.
Alan Clarke’s vision of hooliganism was more of an organisational institution of violence perpetrated by well-paid, well educated, but unfulfilled individuals who sought the rush associated with gang warfare and extreme violence. Indeed, The Firm was representitive of the truth as during the 80’s the individual hooligan was being replaced by highly organised gangs of warring fans who all knew each other and were in it for the violence. Clarke’s style is one of realism; captured by long takes on steady-cam, placing the audience into the scene, sometimes is sickening detail, while allowing his actors to evolve around the script getting the very best from everyone involved. Many of his films, this one included, where aimed at provoking a reaction, or, more precisely, to shock audiences from complacency and thus to ask the question: Why? Bex is played by Gary Oldman and never has he been more charismatic or frightening in a role; he effortlessly plays the complexity of a character that is both loving but dangerously violent. Add him to a tight, fast-paced script and you have a film that continues to shock with its sheer audacity. The disc presents a broadcast correct 1.33:1 1080i transfer using the AVC codec and is Region locked to B.

The Firm was shot on 16mm film and the print has had a little cleaning up showing some very nice detail; skin texture and clothing weaves are well seen, as are distance shots of the streets of London or the crowds of Selhurst Park. Colour is quite thin though, a product of the film stock not the transfer, so the primaries are there (check out the red football shirts against the grass playing field in the beginning) but are never vibrant or bold, they are somewhat stylistically muted as well.


A prodigious drop in quality with the Director’s Cut footage

Brightness and contrast, to me, are set a bit soft, in that the blacks are never really deep or penetrating and tending towards grey, this robs the picture of any real punch or depth; compare colour and contrast to The Professionals re-mastering for example and you will see how dour the image is.

Digitally there are no compression issues but there might have been the whiff of edge enhancement (check out Bex’s suit trousers in the street when he first goes to his office) all else is in check though. The original print is in very good nick, clean and tidy, with a very healthy sheen of grain running throughout. There is a prodigious drop in quality with the Director’s Cut footage, which is not only far darker than the surrounding footage, but softer and robbed of texture and decent colour (barring the sex scene which is just a bit softer) and thus leaving you in no doubt as to what has been added in. Just the one: English LPCM 2.0 mono and it covers all the bases. Actually it's quite a good mix with pretty good layering; check out the pub scenes to catch plenty of conversations, or the rowdy film interview at the end. I particularly liked the walk outside Selhurst: through the gates and into the stadium, with the building of the crowd against the dialogue. Dialogue itself is clean and clear and sounds very natural. Effects, such as the streets around Kings Cross are well handled, as are the various fight scenes. Bass is minimal but allows the track room to breathe, while there is good high-end so all is clear; no pops, crackles, distortion or hiss either. A functional track. Director’s Cut – Re-instated elements from Alan Clarke’s original work print, runs roughly minute longer; most excised material is extension to the violence, face slashing’s and a whole new sexual violent/role play scene between Bex and his wife.
Audio Commentary – On the director’s cut, with Gary Oldman which is a rather stilted affair even if the information is enjoyable and informative, the delivery is not.
Broadcast Cut – Version that most are familiar with.
Audio Commentary – On the broadcast version (re-cycled for the 2007 release) features cast members Philip Davis and Lesley Manville along with Dave Rolinson (from Stirling University and author of the book Alan Clarke) and moderated by TV archivist Dick Fiddy, is quite a lively and informative affair from everyone involved.
David Leland’s Introduction – To the repeat of The Firm shown again on BBC2 after Clarke’s death.
Elephant – 1989 film from Clarke about The Troubles in Northern Ireland (also shown under the Screen Two banner) is a curious one showing nothing but killing after killing after killing for nearly 40 minutes films very matter-of-factly with the steady-cam on long lingering takes so that it becomes unbearable. And that is the point. Almost abstract in nature and cleverly interpreted by the opening caption which explains the title.
Audio Commentary – On Elephant with director Danny Boyle and critic Mark Kermode; you’d think this would be great wouldn’t you, it’s not, very pedestrian.
Alan Clarke Interview – Runs for about 10 minutes and conducted on an LA street, Clarke talks about The Firm and Elephant, violence on TV and the reasons behind these films; an all too brief chat with the eloquent and intelligent individual.
Alan Clarke: Out of His Own Lights – This disc although released individually forms part of a much bigger 12 disc set containing all of Clarkes films; this 30 minute feature is part 12 of a newly recorded documentary that spans these discs. This episode covers The Firm and Elephant as well as puts to a close Clarke's last days and his lasting legacy; includes interviews with cast and crew as well as others who knew and worked with him. A fitting conclusion.
Open Air – Extracts from the BBC viewer feedback programme after Elephant was first shown; Clarke answers by telephone while Danny Boyle is in the studio defending the film. The Firm, directed by Alan Clarke, tells the story of rival gangs, or firms, of football hooligans as they battle it out over who will lead their violence into Europe, spearheaded by the charismatic Bex, a loving husband, father, successful business man and violent sociopath. Charting the downward spiral of Bex as he tries to lay waste to those in his way and told with Clarke’s customary lingering takes with steady-cam, there is a documentary realism throughout that is very uncomfortable to watch; whether it is face slashing or parental arguing. Gary Oldman is incredible in the role of Bex, but Clarke teases the very best out of every one on screen, showing the ‘action’ very matter-of-factly and holding the frame almost too long. It is powerful, alarming and compulsive viewing.