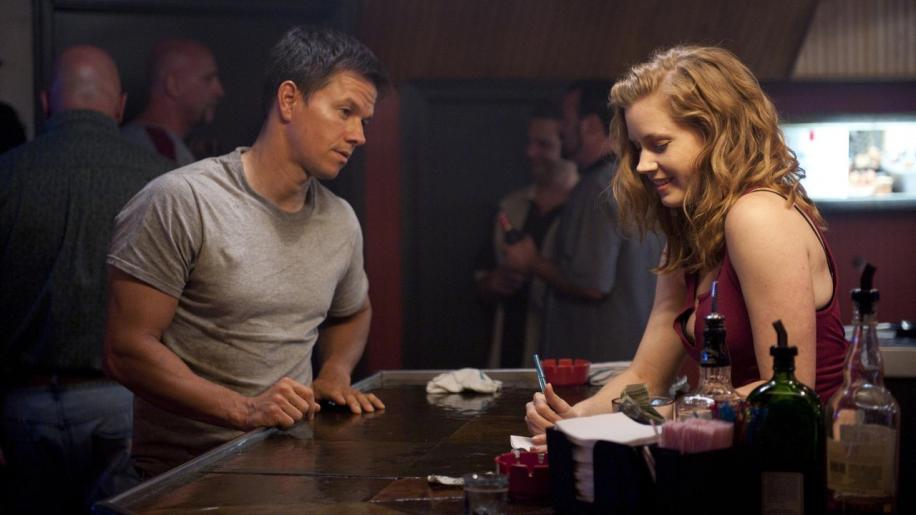 Boxing movies have a tough time being different. The characters may change, the back-stories might be quite imaginative, but the ‘underdog loser who – against the odds – trains hard and fights his way to the top’ story is just about the only way it can go. From the obvious popular classics (Rocky) to the more schmaltzy fables (Cinderella Man) to the modern masterpieces (Ali), the style and substance may be different, but the underlying structure is basically the same. The obvious example that stands apart from the crowd is Martin Scorsese’s Raging Bull – the movie which really showed what being a method actor was about, and how DeNiro defined the concept. There the true story happened to be more tragic, and happened to be presented by a master filmmaker using a great actor at the absolute top of his game. Few have come close to touching the standard set by that movie. Will The Fighter break through as another great exception to the rule?

Based on a true story.

Micky Ward is a 30 year old fighter with nothing but losses to his name. He’s managed by his mother, Alice, and trained by his half-brother Dicky, and they’re probably his biggest problem. You see his mother is massively controlling, manipulative in every way, and his brother? Well Dicky was a boxer too, even fought Sugar Ray Leonard some time back, and hasn’t stopped celebrating that peak of his career. He also happens to be a crack addict, and unreliable as hell as a result, normally turning up late to training sessions, and delaying fight preparations. After another punishing loss, this time unfairly pitted against a much heavier class of fighter, Micky retreats from the world, making contact only with a young bartender, Charlene, who happens to take an interest in his plight. With her strength behind him, his dad supporting a change in sponsorship, and a local police officer as his new trainer, will Micky be able to break free of the destructive grasp of the rest of his family once and for all?

Wow, well this film was a long time in the making. Wahlberg had been interested in the role for over 6 years, and, being friends with the real Micky Ward, he wanted to do the film justice, so – apparently – he spent that entire time training for this role. Although he made over half a dozen films in the interim, he took his boxing trainer with him everywhere, had his own private training ring built at his home, and worked out rigorously for 3 hours a day to get into the right condition to play the part of this welterweight boxer. And, physically, it really shows. Even during filming, Wahlberg allegedly insisted on doing all of the fight scenes himself, risking injury on numerous occasions. The results speak for themselves, Wahlberg being totally convincing throughout the entire movie, and the boxing moves arguably some of the most realistic ever captured for a film. However, his commitment to the role and the project, despite being the most obviously physically demanding, turns out to be totally overshadowed by the portrayal of the part of Micky Ward’s half-brother, Dicky.

Once the town’s hero, now just another loser crack addict, Dicky Eklund is a much more tragic character. He lives out his one defining moment – supposedly knocking down Sugar Ray Leonard – again and again, as if it were evidence of his continued greatness. But he’s fallen so far since that epic battle, and yet he still seems unaware of just what kind of hell he currently resides in. When an HBO documentary crew follow him around to film and interview his life, Dicky assumes it’s because he’s planning some kind of ‘comeback’, but when the truth is finally revealed, it is devastating to the entire Ward family. And Dicky is finally forced to confront what he has become.

Without a shadow of a doubt Christian Bale deserves the Oscar for this one. Alongside all the great method actors out there – from Daniel Day Lewis (There Will Be Blood) to the man who simply defines the concept, Robert DeNiro (Raging Bull) – Bale has proven time and again the lengths that he is prepared to go to for a role. Sure, he may be a temperamental diva of an actor, prone to heavily publicised angry outbursts when he’s on set, but that doesn’t seem all that unexpected with such a perfectionist. And yes, he’s lost a dramatic amount of weight before – both for his haunting portrayal of a killer in The Machinist and for his harrowing journey as an emancipated prisoner of war in Herzog’s Rescue Dawn. But he doesn’t just lose weight for the role, or learn how to speak with a Boston accent, he simply becomes Dicky Eklund. As an audience, you won’t fully appreciate this fact until the closing credits, when some documentary footage shows you a brief glimpse of the real Dicky Eklund, and then you realise just what Bale’s done, just what lengths he’s gone to – his accent, his mannerisms, the very movement of his body while he’s talking: this almost perpetual dance that he does, as if he’s still in the ring. It’s amazing to behold. And devastatingly tragic when counterpointed with the very real crack addiction that he has.

Yes, Wahlberg may have physically become a convincing fighter, but Bale has simply become an ex-boxer, trainer and crack addict. The supporting cast are all pretty amazing too, and very genuine characters as well – not just stars in fictional roles, they too all convince in their respective parts. Amy Adams stands out amidst them, eschewing all of the standard glamour normally associated with a love interest, and bringing her failed athlete turned bartender a fair amount of sexy attitude. She’s refreshingly honest and direct, and Adams makes here all the more loveable for being such a loving but also take-no-nonsense kind of girl. And damn if she doesn’t make the girl next door look blow that trademark anorexic supermodel look out of the water.

Then there’s the mother, Alice Ward. She’s is one of the most well-meaning-but-destructive characters that I have come across recently, perfectly embodied by Melissa Leo (who also deserves the Oscar for supporting actress – but then again, she also deserved more than just her Nomination for Frozen River). You can see why her numerous daughter all look like they have been under her powerful thumb for so long – and why few stand up to her. Her passive-aggressive manipulation of all those around him is a horror to behold, and you can see that her actions have done arguably even more damage than Dicky’s drug addiction.

Beyond the amazing characterisation, however, the film becomes immensely predictable – which is quite a disadvantage for a near two-hour movie. The boxing side of things has been down this path oh so many times before – and however much it may be based on a true story, it’s the same true underdog story that we all know so well already. There’s even a moment where Micky’s character practices what is essentially Ali’s Rope-a-dope technique – and yet the onlookers are aghast as if they’ve never seen a boxer take such punishment before whilst on the ropes. Um, watch Rumble in the Jungle. So, however well they capture the fight sequences, however authentic Wahlberg is as a boxer, there’s nothing here that we haven’t seen before when it comes to ringside action. No, Raging Bull showcased more punishment; Ali better tension. And both succeed, where The Fighter arguably fails, in putting the fights in true context within the life of the fighter, making the stories less mawkish, more ambiguous and – in my opinion – more true to life.

The Fighteris a must-watch film for its acting alone – predominantly for Christian Bale’s haunting performance, but also for those from Amy Adams and Melissa Leo. That’s why you’ll watch this film, and that’s why you’ll remember it. Sure, you’ll be rooting for Wahlberg’s underdog each time he steps into the ring, an increasing sense of desperation sending a shiver up your spine with every successive blow he takes, but it’s Bale who reigns supreme in this powerful biopic, and when that real documentary footage plays out over the end credits, you will realise that this is one of those few times in the history of celluloid, where a mere actor has transformed himself, heart and soul, into the man that he is seeking to portray. It would be a real tragedy if he didn’t win the Oscar for this – after all, he is the biggest reason why this otherwise fairly traditional boxing movie is so damn unmissable.

Covering well-trodden ground – an underdog fighter struggles to find success both in and out of the ring – The Fighter stands apart not in its realistic fight scenes, or even in Mark Wahlberg’s admirable commitment to becoming utterly convincing in the role or real-life Irish boxer Micky Ward, but actually in a trio of superior supporting performances led by Christian Bale. Amy Adams and Melissa Leo break tradition to play the powerful ladies in the Ward fighter family, but it’s Bale who goes above-and-beyond, challenging once again the true definition of method acting, and simply becoming the colourful real-life character of Dicky Ekland, Micky’s half-brother, once a notable boxer, and the hero of the town, but now just a destructive crack addict. Just like you’ll watch Black Swan for Natalie Portman, or The King’s Speech for Colin Farrell, The Fighter is truly unmissable because of Bale’s contribution, and there’s no doubt in my mind that he deserves that Best Supporting Actor Award. Despite its somewhat predictable boxing narrative, The Fighter relies on its performances to transcend an otherwise fairly standard boxing biopic label, breaching its genre restrictions, and allowing it to become a compelling, solidly directed tour de force drama in its own right. For that – and for Bale – it comes highly recommended.