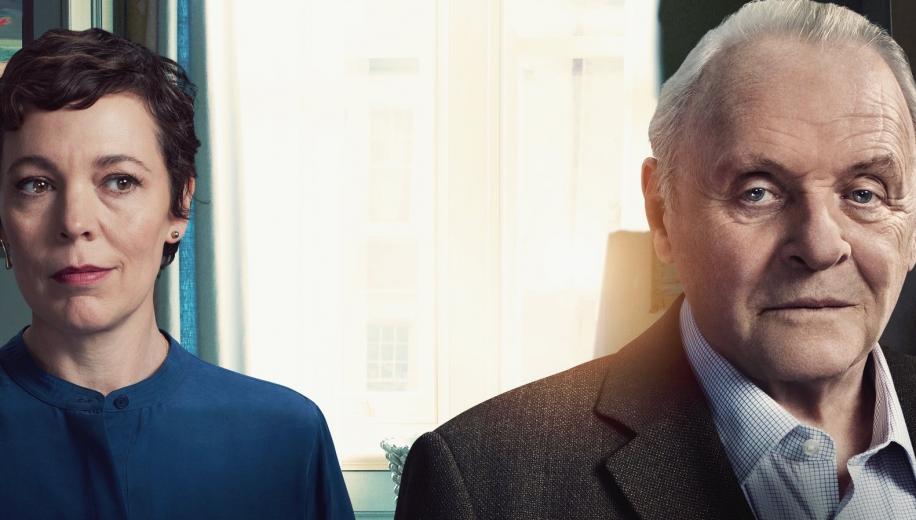 Dementia is a cruel disease which strips people of their sense of self and place. Anyone who has had to watch a loved one battle with it – and that includes all too many of us – understands only too well the deep pain which it causes to both the sufferers and their families.

None of us need to be told that this is a merciless illness often inflicted on people already at their most vulnerable. Nevertheless, Florian Zeller’s film, adapted from his own play, feels like a vital and valuable cultural artifact in its flawless ability to communicate the experience of losing your sense of self and the desperation to hold on to even the smallest anchor of who you were.

Anthony lives alone quite happily. He insists that he needs no support, driving away one carer after another. His daughter, Anne, is a little more concerned, and with her plans to move to Paris she insists that they try with one more care worker. But as his condition worsens, Anthony starts to confuse the faces of his daughters, carers and in-laws. He begins to confuse his flat for his daughter’s, or his son-in-law’s or somewhere else entirely. Worse, he begins to lose the ability to distinguish between memory and reality.

Awards chatter surrounding it might fool you into thinking this is a film in which the performances are everything. And they are, to an extent. Not for nothing did Hopkins become the oldest person to win a Best Actor Academy Award. But Zeller’s film is so much more than a single heartrending performance. His understanding of the famous “5 Cs of cinematography”, of sets, of costumes, of every element of filmmaking is on display here. Here is a single devastating vision of tragedy rendered almost perfectly to film.

From the outset, Zeller is careful to initially separate us from everyone but Anthony. As we see Anne (Olivia Colman) on her way to his flat, the picture never gets closer than a medium shot, keeping her distant and unknown. Only when she steps into the same room as Anthony do we see her in any detail. Linking our experience with Anthony’s is the heart of the success of the film and that careful consideration of singular aspect only falters to let us in to some of Anne’s experience too. We are shown wide empty shots of the house, characters passing through doorways and immediately out of sight. Uncertainty seeps through every frame.

This sense of uncertainty is only magnified by the meticulous attention to detail in the costuming and set dressing. Blue and gold run vibrantly though the decoration of the flat in the initial scenes, reflected even in the clothes Anne wears, a rich vein of colour and certainty. It’s one of the few anchors the audience is given to place and time. But as the film progresses and Anthony becomes less sure that this flat is even his, colours become muted. Pictures alter subtly, furnishings change and become less plush, Anne stops wearing her rich blue in favour of a blank white. In a delicate scene, Anne opens Anthony’s wardrobes, examines a gold tie of his, before returning it to its place, a beautiful and subtle letting go of the father she knew and an acceptance of this new one. A single heart-breaking metaphor among countless others.

As the disorder in Anthony’s mind increases, the disorder in the flat does too. Doors lead to different rooms, furniture and pictures are missing or shown stacked up around the corners. There is no scene where careful attention to detail is not on display.

That attention to detail is necessary not only in the depiction of Anthony’s worsening condition, but in giving the viewer something to hold onto. As Zeller switches the actors playing all the other characters, it's also the only handhold we can use to try and discern the real story and the real timeline behind the experiences. Time is something that seems fluid in the film, and that sense of being lost in an almost simultaneous set of events spanning many years never lets up. Our sense of helplessness is echoed in Anthony’s obsession with his watch. His sense of self seems to be tied to it so that, when he finds he is not wearing it, the frustrating cycle of re-establishing his place in time starts anew.

... likely to be the most heart-breaking performance [Hopkins] ever gives.

Of course, none of these things would matter much without the power in the performance given by Hopkins. It must take Hopkins, at 83 years of age, great courage to tackle a subject matter which many people fear above all else, and even more to tackle it as a character who shares his name. He plays his part as all of us would play our part in such a position: sometimes with patience, sometimes with thanks for a memory, sometimes with fury at the injustice and sometimes, most powerfully of all, with silent acceptance. His descent from self-assured master of his own house to child-like desperation is likely to be the most heart-breaking performance he ever gives. He is unreservedly a master of his craft.

Only where the focus shifts to Anne’s domestic strife does the film stutter ever so slightly. Olivia Colman brings everything to her performance, something she is now surely famous for, but her scenes with husband/ex-husband Paul/James played by Rufus Sewell occasionally feel forced. Likely the artificiality of their relationship is intentional, but Sewell fails to sell it consistently. This is highlighted further by the ease with which Mark Gatiss, playing the same character(s) seems to slip in and out of his roles. It almost feels like a miscast where Gatiss should have taken the meat of the part and Sewell the occasional interloper. Of all the elements of the film, this subplot is sadly the least engaging. Only this and the occasionally plinky Einaudi score keep it from true perfection.

The most minor of criticisms aside, The Father gives us a career defining performance, a masterclass in filmmaking, in adaptation from stage to screen, and in writing both universal and soul destroying.

The Father is released nationwide in cinemas 11th June 2021.