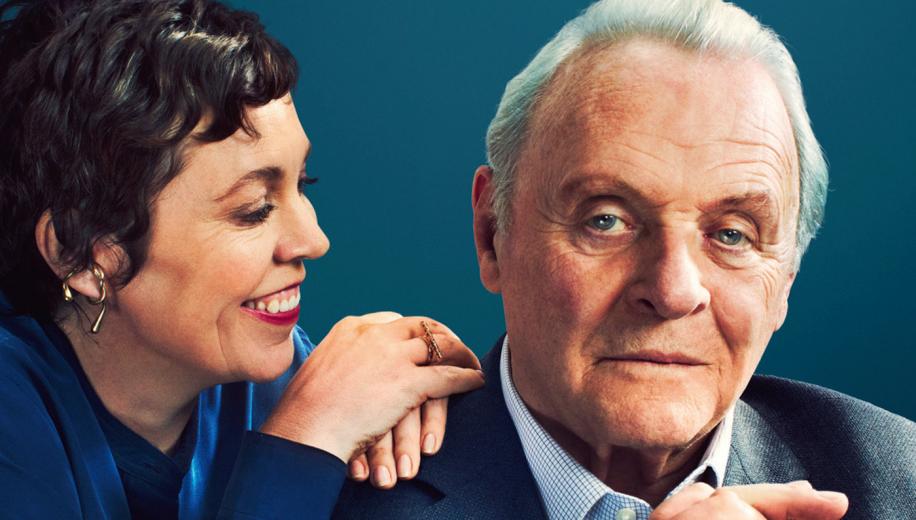 An eye-opening masterpiece and a hell of a directorial debut, with a tour de force Hopkins turning in one of the greatest performances of his career.

2021 has been a great year for truly insightful productions. Not just films which shine a light on illnesses and disabilities in the way Hollywood has been doing for the last couple of decades, but real visionary works, that utilise every possible filmmaking tool to take you to places and show you things that you didn't even realise you had no real idea about. Sound of Metal afforded insight into going deaf and CODA cemented this with a look at a deaf family, both using clever techniques - mostly revolving around sound design - to shine a spotlight on the disability in a way that most people had simply never experienced before.

Dementia is a subject that was already impressively traversed in Viggo Mortensen's own directorial debut, last year's Falling, which featured a career high performance from Lance Henriksen. And yet here we are, beholding The Father, a feature that not only boasts a stunning lead performance (and fantastic support), but actually offers striking insight into the disease through exceptional filmmaking techniques.

Where previously we may have had films afford a degree of non-linear befuddlement (Memento), or even use visual effects to get inside somebody's head (Beautiful Mind), The Father is entirely constructed as a visual narrative depiction of dementia. It allows the viewer to be confused, conflicted and emotionally devastated, leaving precious little to cling to as you navigate the murky, impenetrable waters.

Hopkins, somehow shockingly earning only his second Best Actor award - but doing it in style as he's now the oldest recipient in history - is easily one of the greatest actors of all time, bringing everything to the table here, from charm and charisma to wild abandon, volatility, rage, and deeply sympathetic desperation and vulnerability. It really is astounding, and wrapped up in Florian Zeller's masterful visual depiction, and surrounded by a superb cast (Olivia Colman, Rufus Sewell, Olivia Williams and a particularly unpleasant Mark Gatiss), the end result is utterly, utterly devastating. Revelatory, and devastating.

The Father enjoys a very particular visual design, from the ubiquitous door to the distinctive rooms, and there's some superb clarity here, enjoying the homely vibe of some shots and the spartan limitations of others, with strong texturing, fine object detail and focus on every crag and line in Hopkins' worn visage. Softness is non-existent.

The colour scheme is limited, but nevertheless rich and rewarding, with some wonderfully deep tones dominating the palette. Black levels are strong and deep, and the video presentation is a winner.

Dialogue is rendered clearly and coherently throughout, dominating the piece, as you might only expect from the stage play design, with a few loving score pieces introduced and coming across superbly on the array, whilst effects are reserved and nuanced, bringing the claustrophobic yet at times scarily expansive environment to life. It's a very good track that more than gets the job done.
﻿

Lionsgate's UK Blu-ray release enjoys a decent selection of extra features that appears to pretty-much match up to Sony's US counterpart.

There are a couple of solid behind the scenes featurettes, a few interesting Deleted Scenes, and a Trailer.

The Father is a haunting, emotionally resonant work with a tour de force performance from one of cinema's last great heavyweights, Anthony Hopkins. It's a revelatory journey, offering hitherto unseen insight into the horrors of dementia, and is absolutely unmissable.

Lionsgate's UK Blu-ray release of The Father affords the master work excellent video and audio, and a solid selection of extras, and comes highly recommended.

The Father is on digital download 27 August and Blu-ray/DVD 30 August from Lionsgate UK.