The Fast and the Furious 4K Blu-ray Review 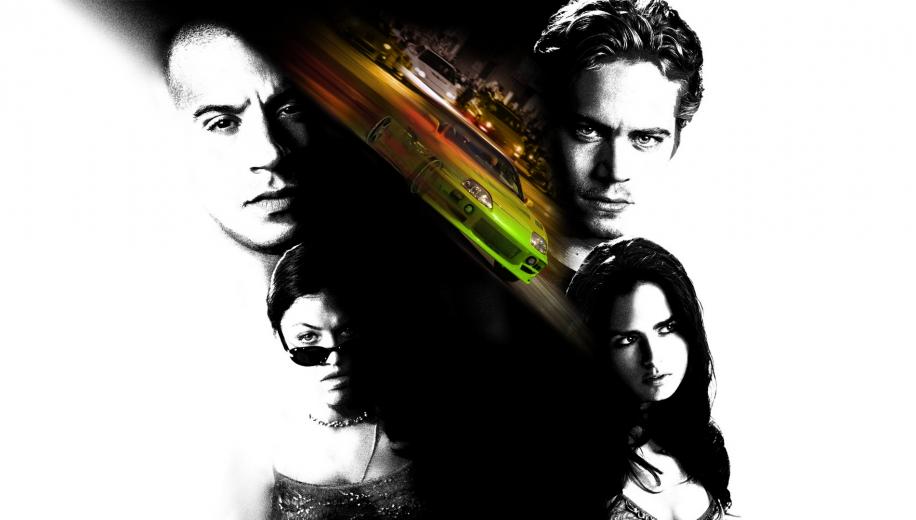 The Fast and the Furious Film Review

As we approach the tenth film in the series (including this year's anticipated spin-off), it's interesting to turn back the clock 18 years to where it all began, looking at a $38 million dollar film featuring a bunch of relatively unknown actors, which essentially reworked 1991's classic Keanu Reeves / Patrick Swayze actioner Point Break.

Heard this before: headstrong young FBI Agent gets sent undercover to catch a close-knit group of extreme sports fanatics who moonlight as robbers, focusses on the wrong targets as he inadvertently gets in with the right ones, falls for a girl close to the charismatic leader of the group before he realises that ultimately he is going to have to be the one to take them down. Sure, we're bending the rules a little on the definition of extreme sports, but all this does is basically swap surfing for street racing, pulling not just the framework but entire scenes out of Point Break in order to weave its tale. Well, everything but the ending which, here, makes absolutely no sense.


Cheesy but enthusiastically put together, The Fast and the Furious is infectiously entertaining

The riff on 'Break is not such a bad thing, giving the film a strong enough backbone to peddle its NOS-injected wares, and affording the young and upcoming Vin Diesel room to go larger than life, exploding onto the screen as a fully fledged star sporting a raw attitude that is still relatively rare to see these days. Diesel would go on to redirect, drive, and ultimately dominate the series, for better and worse, but back here he was just cutting his teeth, and being eminently engaging in the process. Walker was arguably the more wooden factor here, but since his role was originally the Keanu Reeves to Diesel's Swayze, it's hardly an issue, with the two working well together even in these nascent stages.

Director Rob Cohen capitalised on the success of this by making his big budget flop Stealth, a guilty pleasure updating of Top Gun which failed to bring in the bucks, and left Cohen floundering (the last time we saw him was returning to his roots for last year's Sky Original Hurricane Heist), whilst Diesel & Co. enjoy what is now one of the biggest and most lucrative film franchises in movie history. Cohen deserves some credit here, though, considering the scale of some of the practical stunts involved (it's crazy to think that the franchise actually involved real stunts originally) and the showcase of jaw-dropping driving that pervades the heist sequences - once you escape the scene-setting, and the comparatively petty races that dominate the first two thirds, you get into truly exciting territory for the breakneck double-finale involving cars, trucks and even a train. It may not seem like much in the face of the most recent insanity the franchise offers, but there's something visceral about the practical stunts on offer that blows CG out of the water.

Undeniably cheesy but nevertheless very enthusiastically put together, The Fast and the Furious is infectiously entertaining, as the young and committed cast tear through the streets - and each other - and introduce the world to the longest 10 second quarter-mile imaginable. Ride or Die.

The Fast and the Furious 4K Picture

The Fast and the Furious comes to UK Ultra HD Blu-ray courtesy of Universal, who deliver a frequently impressive native 4K rendition of the 2001 film.


Fans could not have possibly hoped for better

Let's just get this out of the way: The Fast and the Furious runs with a really hot colour regrading, to the point where the near-opening scene where Brian has his tuna sandwich in the cafe is practically monochrome, peddling pervasive sepia tones that look positively surreal. Sure, Mia looks like some bronzed goddess who has been dripped in caramel - hell they all look like they've been finished off in bronze (or like they're in some sepia flashback scene) - but it's just completely over the top. That said, sparks of colour do invade, as if it's the just cafe itself which is sepia, and you're stepping backwards in time, and everything outside it (like the bright daytime street background behind) is relatively normal, and for some insane reason, Paul Walker's crystal blue eyes defeat the bronzing as if he were secretly a White Walker.

Crazily, that's it. Once that scene is over, the entire rest of the movie looks spectacular. Even the shots that take place just outside the cafe - which are intercut with sepia shots within the cafe - are blisteringly good, as the various cars pull up boasting some stunning paint jobs that pop out of your screen with a vibrancy this film has simply never seen before. HDR and WCG work overtime on the stronger tones and on the excellent shadow detail, bringing the modestly budgeted 2001 piece - which was arguably a bit rough around the edges - into the modern limelight, as if it has been recoloured to stand proud alongside its considerably bigger budgeted siblings.

The native 4K image is very pleasing - sure, it's not without what feels like a tolerable hint of DNR-style manipulation (there's no way that this film naturally has this little grain) - but the detail still comes through, and light grain still remains intact, giving skin textures some depth, and bringing the all-important vehicular candy to life. Considering budget, vintage and, well, the shape it was in when it was released (it was a flashy, stylish film, but hardly boasted big budget trappings) fans could not have possibly hoped for better.

The Fast and the Furious 4K Sound

The accompanying DTS:X track affords some excellent high definition 3D immersive audio to bring the soundscape to life, defying the budget arguably even moreso than the regraded HDR/WCG-enhanced visuals do the video, delivering enough growling engine noise to shake the foundations of your house.


The track is excellent

Dialogue remains keenly prioritised, afforded appropriate distinction and delivered with clarity and coherence throughout - even at the height of the tense action sequences - with Diesel's distinctive gravely tones booming out "you embarrass me!"; making you immediately sit up and pay attention. The score is peppered with suitably punchy song tracks, guided by DJ BT, and perhaps featuring a little too much Ja Rule (a miniature comedy character who thankfully didn't make the cut for any subsequent entries), but BT's wonderfully low thrumming scoring of the heist setpieces is highly underrated, adding a layer of palpably building intensity to the already thrilling sequences whilst actually conveying some degree of emotion during the more twist-laden events.

Effects are fabulously realised, with whizzing machine pistol fire, thunderous shotgun blasts and all manner of car engine noises as gears change, engines redline and NOS kicks in. The racing sequences are infectiously noisy, bringing the streets into your very living room, and the track is excellent.

The Fast and the Furious 4K Extras

Aside from Cohen's commentary, the extras remain firmly on the accompanying Blu-ray disc

Aside from Rob Cohen's director's commentary, all of the other extras remain firmly on the accompanying Blu-ray disc, but it's a solid selection nonetheless, offering a slew of bite-sized Featurettes, some stunt breakdowns, some Deleted Scenes and an Alternate Ending, and a Trailer.

The Fast and the Furious 4K Blu-ray Review Almost two decades later and, looking back at where it all began and the results are surprisingly good

Almost two decades later and, looking back at where it all began and the results are surprisingly good, with this 4K Ultra HD Blu-ray giving the 2001 film a new lease of life, delivering stunning usage of HDR and WCG, and a thrilling accompanying DTS:X track. It may be just a riff on Point Break, but it's an enthusiastic one, and without it, we would't be looking down the barrel of the future classic that is Hobbs & Shaw, which is destined to close out the Summer with a bang.