Hopefully it's not going to do a Game of Thrones with the ending. 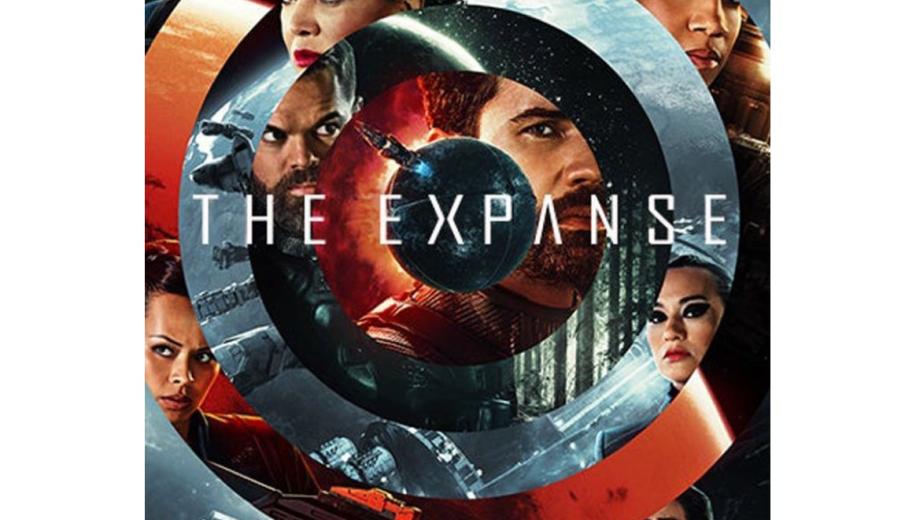 After rescuing The Expanse from cancellation, Amazon see the series through to the end, closing out the tale with an all-too-short 6 episodes that will hopefully do justice to the source material.

Commonly regarded as the Game of Thrones of sci-fi shows, The Expanse is one hell of a series, taking a good couple of seasons to hit its stride, but really coming into its own and now - with just half a dozen episodes left - the imminent end arrives steeped in melancholy.

Commonly regarded as the Game of Thrones of sci-fi shows

As Marcus Inaros continues to turn the universe against the Earthers, who have been able to do precious little more than just fend off the seemingly endless barrage of meteor attacks, the heroic crew of the Rocinante lead the charge to try and end his reign once and for all, whilst Avasarala attempts to figure a way to fight back and protect Earth's future.

The Expanse Season 6 comes to Amazon in 4K HDR (although the Apple TV Box had trouble recognising the HDR layer when it first dropped at midnight), with impressive detail and vibrant tones in everything from Avasarala's earrings to the explosions. Black levels are pretty strong, not quite Netflix inky, nor as strong as Apple and Disney but still it's a decent presentation which is certainly good enough to show the limitations of some of the effects.

... satisfying closure, leaving this as six complete seasons of some of the best hard sci-fi ever to reach our screens

The final season of The Expanse is/was expected to leap forward in time at some point, but thus far the premiere only jumps 6 months into the ongoing war with Inaros, with everybody utterly committed to the cause - whether in furtherance of it, or to stop it. Having the Rocinante crew (what's left of them) back together is nice, even if they're still all pretty shaken up by the events of the last season, and Amos's surprise Plus One is still an unknown addition to the crew.

The 43 minute premiere only hints at what's to come, getting the Rocinante into space battles as they try and come up with a long term solution to what could be a years-long campaign of attrition. On the ground, Avasarala has her own tough decisions to make, with the toll taken on the Earth's ecosystem a potentially irreversible one, pushing her to find her own solutions before it's too late. In the meantime Inaros continues to champion the cause, although his son is dangerously close to going off the deep end. Drummer's (Cara Gee deserves her own spin-off show, perhaps with Wes Chatham's Amos) belters - still refusing to join Inaros' "Free Navy" - are running on fumes, and running out of time too.

All that the premiere tells you is that there's still a LOT of story left to tell here, but the writers have also clearly done something clever with the narrative, essentially giving you the impression that these 6 episodes are less a complete season in their own right and more a shorter, more epic conclusion to the cliffhanger craziness of the preceding season. So whilst it may not quite tell its own story, perhaps there will be enough room to finish off the ones previously left open. Perhaps. Certainly it's a good start, and The Expanse, as a whole, is a cut above most anything else on TV, but it will have to show some focus and resolve if it wants to stick the landing.

Well any concerns that this series would do a ‘Game of Thrones’ when it came to sticking the landing should be assuaged, because The Expanse sure as hell knows how to finding come to a natural end.

Sure, fans of books 7-9 will now have the answer they were looking for to the question “how can they possibly cover all of this decades-spanning ground in just 6 episodes?”. The answer is that they simply won’t.

The ‘final’ season of The Expanse instead takes aim at the terrorist Marcos Inaros (possibly the show’s biggest weak link, a smug character who we’ve spent far too long waiting to get his comeuppance, when really they could have crafted a more interesting Thanos-like antagonist whose extremist actions could be juxtaposed with a more understandable endgame). And that’s it. But, thankfully, it handles this angle extremely well, elevating Inaros to the point of threatening the entire universe (those pesky rings being potentially triggered by his actions) and spending the time trying to find a commonality between the previously antagonistic factions who have to somehow unite against him.

Every main character is done justice, has their moment to shine, and comes through in the end, with the epic space battles handled exquisitely. And really, at this stage, The Expanse is up there with the likes of BSG as one of the greatest sci-fi shows out there.

But that’s not the end of the story is it? Rumours are that this was something of a legally-prompted ruse; that it was necessary, contractually, for Amazon to label this as the ‘final’ season, but that there were always plans to cover the remaining books whether that is by way of a mini-series, or a movie, or actually both (the only glimmer that there’s more left untold is in the ongoing pre-credits sequences from the planet, which never really find a resolution). Adding to the confusion is perhaps the health of some of the main cast, not least main actor Steven Strait, who many have regarded as looking unnaturally gaunt and hollowed in this final season - however hopefully that’s just committed method acting to reveal what the character has been through during this latest extended war campaign (as the actor himself has reportedly confirmed). Fingers crossed, when the dust settles, Amazon will announce that The Expanse will be back to do justice to the final three books. But the great thing about this sixth and ‘final’ TV series is that it finds a natural end anyway, giving you satisfying closure, and leaving this as six complete seasons of some of the best hard sci-fi ever to reach our screens.

The Expanse - The Sixth and Final Season is available in 4K HDR on Amazon weekly from 10th December 2021.