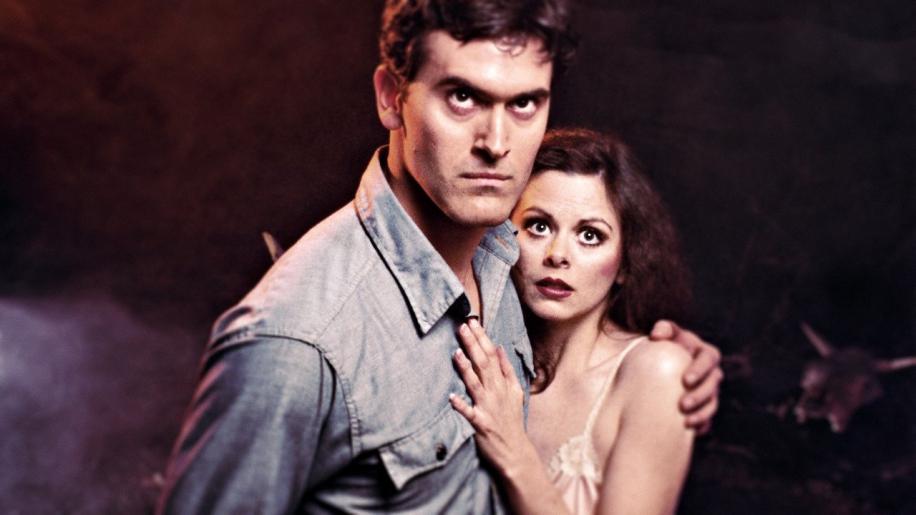 At the opposite end of the film making spectrum from the huge Armageddon is Sam Raimi's low budget shock-fest The Evil Dead. Made for somewhere in the region of $350,000, the film is a tour de force of micro-budget horror and black comedy which has become a cult hit around the world. It also kicked off the careers of director Sam Raimi (whose next film will be Spider-Man) and leading man Bruce Campbell (the greatest B-actor in the world), and led to two sequels, Evil Dead 2 and Army of Darkness.
As far as the story goes it can be summed up in one sentence: five college friends head up to a deserted cabin for a weekend in the woods only to raise the spirit of an evil demonic presence which begins to possess them and kill them off one by one. However, it's not epic storytelling or clever characterisation which makes The Evil Dead so much fun. Rather it's the sheer gusto the film possesses, with Raimi's manic camera racing through forests after screaming women, and gore soaking the screen at regular intervals. It's not high art, but who cares? There's more imagination and skill on display in this movie than any summer blockbuster you can name. Oh yes, most importantly, this DVD is the first time Evil Dead has been released uncut in the UK.