"I'd rather believe in a creature that people have actually seen than an invisible God." 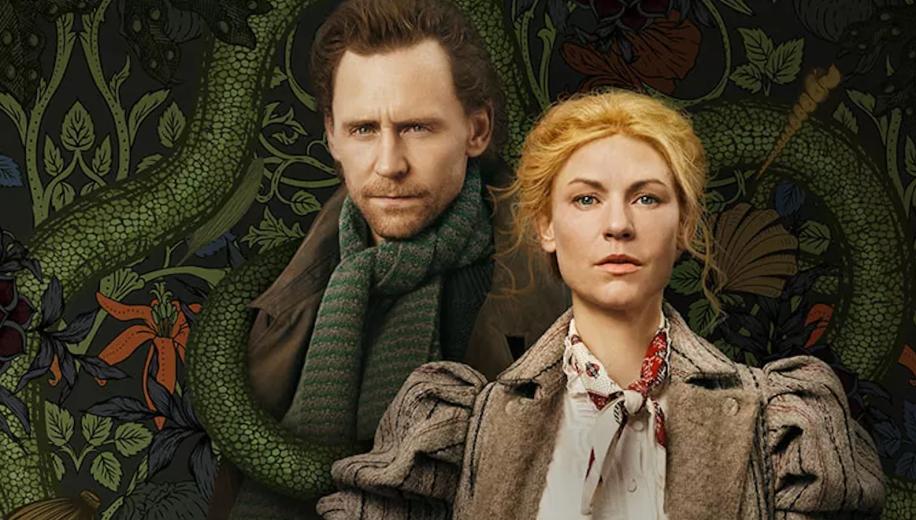 Apple can do very little wrong at the moment, adding to its original TV and movies at a voracious rate of late, and yet still seemingly maintaining the unwritten adage of quality over quantity. There are many reasons to give Apple a shot, not least the flagship offerings of For All Mankind, The Morning Show and See, but also for great productions like The Last Days of Ptolemy Grey and CODA, and The Essex Serpent isn't quite ready to be added to that list, but it does offer more well-made slow-burning mystery for the streamer's roster, and it promises to be quite the intense ride.

After her husband dies young, Cora Seaborne finds herself inspired to revisit her passion for palaeontology, becoming interested in tales of a mysterious Essex Serpent, a mythical sea dragon plaguing the local townsfolk. Journeying to Essex, Cora strikes up an unlikely friendship and shared passion for science with the town's pastor, Will Ransome.

Apple not only maintains the quality of its content but it also maintains the quality of presentation too, with another glorious 4K Dolby Vision, Dolby Atmos release, which enjoys fabulous detail, fine texturing, and a wonderfully rich palette, making the most of the period environment despite it being not an obvious pool for vibrant tones. There is an interesting pattern with regard to the use of darkness in modern TV productions, as - much like with Netflix - Apple's Dolby Vision allows for the inkiest of black levels with no signs of crush, and this appears to have given production companies carte blanche to really deliver near-black sequences, despite being almost unwatchable. Although there are only a few shots as such, it does get really dark at times, and is sometimes a case of 'just because you have the technology to deliver very low level lighting without a loss in quality, doesn't mean you have to'. All that said, it's still a fabulous presentation and another strong set of tech specs for an Apple production.

... could prove another winner for the elite streaming service

Originally set to star Keira Knightley, The Essex Serpent instead picked up Claire Danes when Knightley dropped out, and Danes tries her best to ditch the perma-scowl she eventually adopted in the latter seasons of the otherwise excellent Homeland, taking a minute to warm to but navigating a raw and tortured character quite admirably, and in a way that feels true to her (and thus feels like it's out of Knightley's wheelhouse). Driven by science and haunted by the pain of the past, she butts heads with the religious townsfolk, who increasingly think that their land is cursed, and start to look for specific people to blame for their plight, rather than find out the truth. Hiddleston's also worth his money, and pleasantly distant to his trademark Loki, enjoying evident chemistry with Danes (although the trailer does this show no favours, given it covers events way beyond the remit of the opening pair of episodes) and giving the production its core. Again, perhaps due to the spoilers in the previews - and perhaps even the very presence of Hiddleston himself - some of the initial backstory and development of tertiary characters appears to slow down the pacing somewhat, but at least they're all well-drawn, with relationship between Danes' Cora and her personal maid / friend, played by I, Daniel Blake's Hayley Squire a particularly strong element.

As with Shining Girls, The Essex Serpent is content to take its time building up the mystery, but with only 6 episodes in its entire limited series run, it is less keen on delivering the usual Apple opening salvo of three episodes, instead offering up just two. Nonetheless they give a decent taste of what is to come, and this could prove another winner for the elite streaming service.

The Essex Serpent is available weekly on Apple TV+ from 13th May 2022, with the first two episodes of six available now.