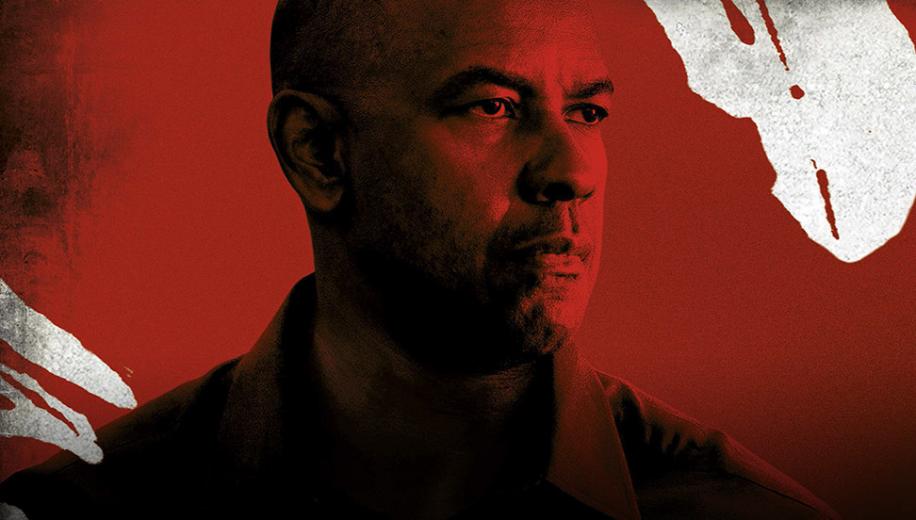 Neither brimming with powerhouse performances or grit, Antoine Fuqua’s first Equalizer outing is still a stylish action-thriller driven by the ever-watchable Denzel Washington

Formulaic but fun; scrawny but stylish; bloated but brutal, The Equalizer has a little something up its sleeve to counter every one of its shortcomings. It tells a story done countless times before, but it plays out its Man on Fire-lite meets Taxi Driver-lite plotting with kinetic action and gleeful violence, making up for the distinct lack of substance through Washington’s undeniable screen presence and character devotion, and through a commitment to frivolously cool vengeance.

Fuqua went full-tilt in the stylish action stakes with his guilty-pleasure Wahlberg vehicle Shooter, and delivered a satisfyingly vicious counterpart to 2012’s other terrorists-take-over-the-Oval-Office actioner, the fun but tame PG-13 White House Down, with his Gerard Butler-starring Olympus Has Fallen, and his Equalizer has far more in common with those two - or perhaps the later, style-over-substance Mag 7 - than it does with his earlier Washington team-up, Training Day.


Although not quite fully satisfying in either the action or intrigue department, there’s still plenty here to enjoy.

Fuqua brings a few new tricks to the table, although one might argue that they’re old tricks trussed up in new garments. Whilst many have quite naturally assumed this is something of a Man on Fire sequel in all but name, the action beats are less Tony Scott-inspired and more Guy Ritchie derived, actually, with Fuqua gifting Washington’s avenger his own slo-mo detect-and-react action-vision. No, it is not original, but it’s undeniably fun to watch, adapting Ritchie’s Sherlock Holmes fight sequence dissection to full-on five-on-one close-combat.

And, now dropping the slightly censored earlier British version, the final (uncut) cut is remarkably bloody and satisfyingly brutal, with Washington’s Equalizer exacting the kind of torture-killing that would make The Punisher nod with reluctant approval. Although not quite fully satisfying in either the action or intrigue department, there’s still plenty here to enjoy, not least a commanding lead from Washington, who elevates this picture no end. Once you accept the fact that it's neither going to be Man on Fire or Training Day, you're sure to enjoy it for what it is.

The Equalizer was shot at resolutions of 2.8K, but is capped by a 2K Digital Intermediate, which has been used here for this Ultra HD Blu-ray release.


The added detail and refined colours are certainly enough to call this a great little upgrade.

Already a glossy, stylish piece that was largely demo territory on its original 1080p Blu-ray release, the 4K upgrade affords the piece a modest and visible uptick in detail and clarity, lapping up the nuances within the frame, from the seemingly ageless visage of Washington to the background textures and rich, often lavish environments, and the novelty Equalizer-Vision sequences in all their glory. It's not quite night and day, but it is close, and there is plenty of added sharpness to behold, offering up a pristine image that's even more impressive than the already impressive Blu-ray, now happy to compete in the big boy's 4K league.

The colour scheme was already rich and heavily saturated, stylised in typical full-throttle Fuqua-vision, leaving little room for added oomph without pushing the palette into complete comic book territory. Instead, the added HDR and WCG elements refine the colours around the edges, giving a sense of added depth and richness and only occasionally, infrequently, popping with eye-watering intensity, not east in the occasional explosions. Neons gets some added highlights, blacks levels yield added shadow detail and eradicate crush, and the added weight of the detail and refined colours are certainly enough to call this a great little upgrade, and another strong piece of 4K work from Sony.

There are no hesitations about championing the aural upgrade either, with the 4K release going full tilt with a Dolby Atmos track, founded upon an already excellent Dolby TrueHD 7.1 core which offers up excellent coverage on the key elements of dialogue, effects and score, thrumming with dynamic intensity.

Whilst dialogue remains firmly prioritised across the frontal array, clearly and coherently delivered throughout, it's all about the effects and score here, with a strong background offering from the music, which helps ignite the action setpieces and levels added tension, carrying with it some warm LFE undertones, whilst the effects are discrete and keenly disseminated.

The Equalizer-Vision sequences finely observe the smaller effects beats, whilst thunderous gunfire bursts eardrums and tears chunks out of the walls. It's a stunning little demo mix, a highlight on the disc.

Things continue to impress on the extras front, with the accompanying Blu-ray matching up to the preceding standalone Blu-ray release in terms of extra features - delivering the Vengeance Mode option, as well as a slew of Featurettes and Previews - but the new 4K Ultra HD disc itself boasting a whole host of new supplemental features.


Things continue to impress on the extras front.

A quartet of Deleted Scenes provide more time with Washington's Equalizer, including an added Epilogue which arguably better rounds out the movie, and a fine selection of new Featurettes offer further insight into the hero, the villain, the supporting cast and characters, and the action, with a look at the setting, the director and a few Trailers rounding out the disc.

The Equalizer has a little something up its sleeve to counter every one of its shortcomings.

On the eve of the release of its sequel - a first in the impressive career of legendary star Denzel Washington - The Equalizer gets a surprisingly excellent 4K Ultra HD Blu-ray release, enjoying impressive upgrades on both the video front, and the aural front, with its Dolby Atmos track, as well as a whole host of extra features exclusive to this new release. It's also the first time that the film has been released uncut in the UK, with the few shots trimmed from the UK Blu-ray now reinstated for the fully uncut 18-rated 4K UHD, leaving this the resounding definitive release of the film.