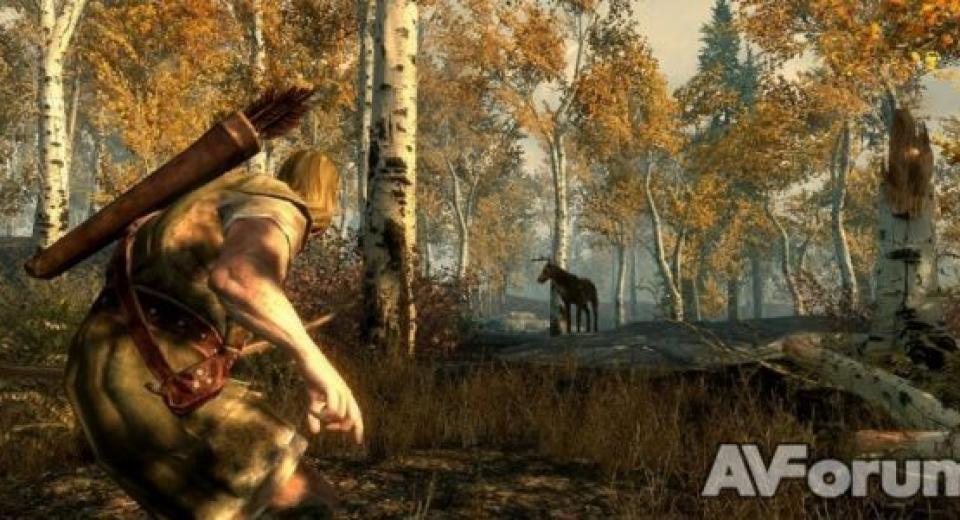 The name ‘Bethesda’ is one that is familiar in many gaming households across the globe and, if you don’t know who Bethesda are, then you should. Their quality and merit has been shown through titles such as The Elder Scrolls and Fallout series whilst other titles such as RAGE, despite only being on publishing duties, have shown us what they’re capable of.

Although the Elder Scrolls series dates back to 90’s and early 2000’s with PC titles, many gamers on 360 (and probably PS3) will see the series to have started with 2006’s Oblivion which coincided with the launch of the 360 and was to be released later on PS3. Receiving a shed load of DLC (and a Game of the Year award to boot) the game was popular to say the least amongst gamers across all formats.

One major problem with recent additions to well-established franchises is that they have proved to add very little at all to the series, take a look at the latest Assassin’s Creed title or Fallout: NewVegas. So do Bethesda buck the recent trend with Skyrim?

Fortunately, and unsurprisingly, it’s a big fat yes on that front… for the most part. Some of the same problems are still present from the last outing, but let’s cross that bridge when we come to it as it would be harsh to start criticising Skyrim before it is praised for what it does well.

It’s hard to completely review a title such as Skyrim given its scale and the quantity of quests and side quests available to the player. Unless you have commitment to complete all the quests (and have no outside life) then you will never feel like you have seen everything the game has to offer. Deciding to travel East or West even dictates when and where some missions are activated, so you constantly feel that the world around you is changing with you.

The basic gist behind Skyrim is similar to that of Oblivion: your yet-to-be-named character finds him or herself in custody for an unknown offence and faces execution despite appearing to be innocent. Your route to safety eventually comes in the most unexpected form of an attacking dragon which allows you to escape the chopping block. A massive juxtaposition right?

Your freedom is soon in question though as, depending on your choice, you can either flee or take the dragon head-on after an odd-fitting chase sequence. You can see why Bethesda have chosen to do this as it does add a sense of drama, but with the rest of the game having a much slower pace compared to this sequence, it feels out of place and unnecessary.

In this sequence you can name and tinker with your character, giving you freedom to choose your race, gender and physical attributes. The choices available to you are ludicrous at times and, if you wished to do so, you probably could recreate yourself in avatar form. One thing that has been altered is how you level up and change your skills; there are no longer any pre-set classes or abilities that you are especially proficient in. Instead, all skills are open to you through the skill tree where you can select which to level up as and when you choose.

The world around you doesn’t level up this time either, which allows you more freedom in the way that you approach each cave, hideout or battle sequence. The most satisfying way is probably sneaking up on an encampment and taking everyone out one by one with silent arrow attacks followed by swordplay when the enemy finally cottons on to your location.

Unfortunately, the enemy AI isn’t always the best. If you annihilate one of their allies and alert them, they will go and check the dead body, as expected, but then bless them and carry on with their routines. Rarely will they come and investigate the area where the arrow was shot from and when they do, you can often get away with standing right next to them and remaining undetected. There’s little that can be said when your shot misses and they look at the rogue arrow and say, “Must have been my imagination.”

Not every NPC is as slack as Jedward though because civilians that populate towns and cities are much better than before. If you sit or stand in a room filled with characters, you will hear conversations that far expand on the usual ‘how are you?’ The occasional passer-by will also have a cheeky dig at you too if you’re unlucky enough to walk across their path the wrong way.

In a similar way to New Vegas, Skyrim lets you choose which band of merrymen to side with. As before, the Thieves Guild and Dark Brotherhood can be joined but you can also side with those that love the empire’s reign or hate it. As if you didn’t need any more reason to play the game more than once, simply joining a clan or legion can completely change your experience and make it unique every time you come back to it.

There was a whole heap of fun to be had with Oblivion outside of what the game offered up in the form of finding ridiculous and hilarious glitches. Who didn’t try the item replication glitch or end up underneath the world after sinking through the floor which had suddenly turned into quicksand? You can probably see where I’m going with this because some of the same so-called ‘issues’ return. I say ‘issues’ because despite being a sign that the game is a little bit broken in places, they do provide plenty of entertainment and very rarely ruin your game.

Something that could ruin your game though is the annoying save system. Granted, the game does force you to save often when it doesn’t autosave after fast-travelling or entering a cave system, but who remembers to do this all the time? There’s no worse feeling than travelling half way across Skyrim or getting towards the end of a bandit filled cave and then dying at the hands of an enemy followed by being whisked away back to your previous save. You have been warned, save often.

Skyrim is so near to being a perfect title that it probably could be called one. In terms of its longevity and single player appeal it is the perfect title but a game this big is always going to suffer from some teething problems and such is the case. Running on an engine that is showing its age and being pushed to its limit doesn’t help but no matter what the problems are, you are still going to play it and love it. Just remember to keep the stress ball close to hand and the expensive items out of arms reach.

Bethesda add depth and quality to one of Xbox and PC’s (and arguably PS3's) favourite franchises: The Elder Scrolls with their newest addition Skyrim. Boasting a heap of new features such as improved free-flowing dialogue, a more densely populated map and tighter combat Skyrim promises much and delivers on all these fronts. Once again the scale of the title contributes to its shortcomings with some interiors lacking detail and Non-Playable Characters occasionally going AWOL. The new additions and more engaging missions and story will ensure you see the game through to the end despite falling short in some areas.