“Gonna’ catch me the cowboy who’s never been caught. 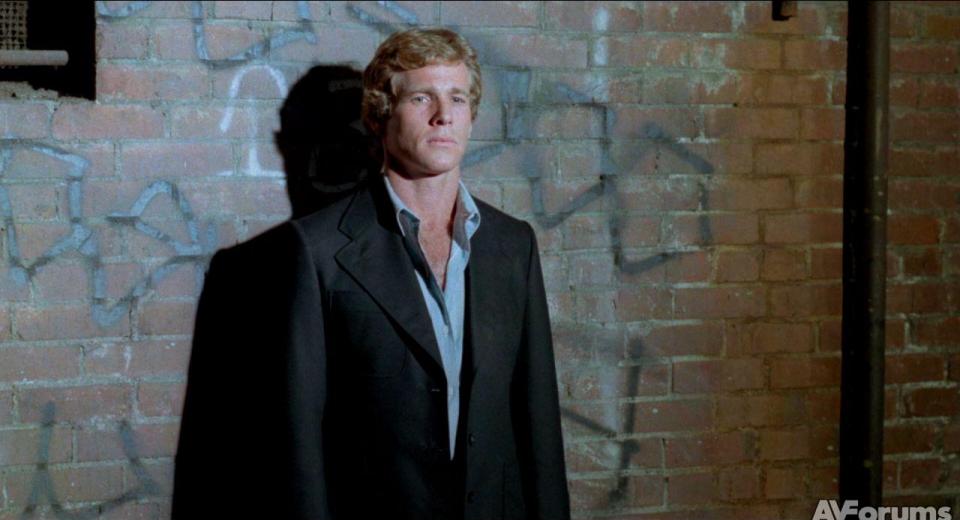 Tarantino calls it one of the coolest films of all time, but chances are you might not have even heard of Walter Hill's highly-stylised noir-infused 1978 thriller, The Driver, let alone actually seen it. Indeed, even when it comes to the greatest car chases captured on film, where the likes of Bullitt, The French Connection and To Live and Die in LA often make the top ten list, The Driver - which doesn't just include some great car stunts, but is actually defined by them - frequently goes overlooked.

For fans of the genre, it's an all-time classic, and it certainly wasn't just the name that led people to suspect that Nicolas Winding Refn's 2011 masterpiece, Drive, may have been inspired by Hill's feature. Both focus on a getaway driver in LA - the best in the business, with his own strong code, and who barely says a word and remains nameless throughout - who gets betrayed after a job, and has to resort to fast driving and violent actions (that he generally tries to avoid) in order to overcome those out to get him. Both films are also set within a hyper-reality that gives the story an almost mythical feel, their characters enshrouded in a sheen of sheer iconic cool. And both kick-start with almost identical (right down to how they are shot) getaway sequences.

“You know what I’m gonna’ do? I’m gonna’ catch me the cowboy that’s never been caught.”

The Driver gets his jobs from The Connection, stealing cars which he then uses as getaway vehicles in robbery jobs. He's an expert driver and has never been caught, much to the chagrin of The Detective, who coerces some armed robbers into setting The Driver up. But The Driver has his own moves, using The Player to throw the cops off his scent. The trouble is: can he trust The Player? After all, she gets paid to lie for a living. With double- and triple-crosses rife, will he be able to stay ahead in the game long enough to get away clean?
Drive, The Transporter franchise, the Grand Theft Auto games - The Driver has been an inspiration, to lesser or greater degrees, to all of them and many more. Hell, they even made a whole game franchise dedicated to the film: Driver. It all started here. Well, that's not strictly true. Hill's The Driver was actually itself inspired by Melville's classic Alain Delon-starring French thriller, Le Samourai, about a hitman with a similarly strict code of practice; the influences upon Hill's script evident in numerous instances.

“Planning on looking for work soon.”
“My line of work is kinda’ hard to come by.”

Of course, Hill was a screenwriter even before he became a director, and had worked closely with Sam Peckinpah and Steve McQueen on their 1974 classic, The Getaway, which he essentially rewrote for the duo. After reading Alexander Jacobs' sparse and simple screenplay adaptation of Donald E. Westlake's The Hunter - which would be forever remembered as John Boorman's Lee Marvin classic Point Blank (later remade into Gibson's excellent Payback) - Hill decided to adopt the same less-is-more technique for his subsequent screenplays, etching out a simple but distinctive noir tale for The Driver, where none of his characters even had names.

He wrote it for McQueen but, citing Bullitt, McQueen told Hill that he'd already done his "car movie", and a replacement was sought. Stallone was actually the next choice, hot off his success with Rocky, but the part would eventually fall to Ryan O'Neal, an almost one-hit-wonder actor whose 1970 romantic drama Love Story earned him not only a Best Actor nod but also what appears to be lifetime fame, as he's done almost nothing else of note in his entire career. It looks like family problems and drugs and alcohol-related issues contributed to his troubles but, before Hollywood ditched him, he did turn in possibly his coolest performance as the eponymous Driver.
Tasked with carrying the film on almost no dialogue, O'Neal brings us one of the most iconic film noir anti-heroes - the cowboy who's never been caught - and it's a real shame that audiences and critics alike didn't warm to him in the role on release. Sure, he's channelling pure Steve McQueen, but that's far from a bad thing as he sets the mold for the kind of laconic, consummately-professional getaway driver that would later be emulated in everything from The Transporter to Drive – Gosling’s performance in the latter probably owes far more to O’Neal’s Driver than to McQueen’s Bullitt. Indeed the enduring, iconic central performance here is one of the biggest contributing factors behind the steadily-increasing cult following that the film has earned.

“There isn’t gonna be a next time. You were late.”

A very young Isabelle Adjani is also somewhat lost for words - but still strangely convincing - as The Player, whose mysterious intentions and true loyalties remain undisclosed almost throughout the piece. Singer Ronee Blakely is surprisingly vulnerable as The Connection, providing The Driver with his jobs, and both Joseph Walsh and Rudy Ramos make for effective villains as, respectively, the armed robber gang leader Glasses and his hot-headed right-hand-man, Teeth.

Seemingly making up for everybody else's lack of dialogue, the ever-reliable Bruce Dern threatens to steal the whole show as the obsessive, volatile Detective who is determined to catch The Driver, even if he has to break the law to do it. Dern carries his scenes on almost consistent monologues (not wholly unlike his career-best sci-fi classic Silent Running), leaving his on-screen co-stars to do little more than watch in shock and awe as he rants and raves about his mad plans. Not all of his scenes quite work, but most of them are excellent, and the couple that seem a little off are mostly because of the dumbstruck cops/actors struggling to keep up with the demented Dern. Ryan O'Neal may be memorable here for his cool lack of emotion, but Dern's energetic eccentric is equally distinctive, just at the other end of the scale.

The infrequent firearms confrontations - our (anti-) hero abhors guns - are used to great effect, ramping up the tension, and adding an extra layer of danger to the increasingly gritty proceedings; one scene barely involves a single spoken word by the gunman: the threat of a gun being enough to make his victim do all the talking. But you really come here for the car chases, as much as - if not more than - anything else.

Now Hill has incorporated a few car chases into his features over the years, but with The Driver, he makes it a full-time job - centre-stage to the proceedings - and the end result is impressive even to this day. Whether it's The Driver's opening cop-crashing getaway escape, or his memorable, clinical disassembly of a Mercedes in an underground car park - to prove his skills - or, of course, the excellent extended chase-centric finale, Hill stages the action expertly, with furious engines growling their way through some crashtastic set-pieces. Frequently shooting from a bumper-level point-of-view, there’s a genuine sense of furious speed to some of the sequences, with skilled stunt drivers careening around corners at a blistering pace. Hell, even the cinematography is impressive – something you don’t always immediately notice with Hill’s features – and even simple scenes are shot masterfully, like where The Driver is leaving a warehouse in his newly-acquired red truck, the warehouse mirrored across the car windows, spinning past twice-over as the road rolls beneath.

Despite the fact that I think that it was woefully underappreciated on release, by both critics and audiences alike – and remains somewhat so even to this day, despite the cult following – not everything about Hill’s film works. It’s far from perfect. Hill might state otherwise but it’s clear that there were several scenes left on the cutting-room floor – maybe not the thirty minutes that fans have been stirring rumours about for the past few decades, but there’s enough given away in the Trailer (where almost all of The Driver’s dialogue-less scenes now have him speak), and by the Alternate Opening that is available, to recognise that we’re just seeing what he wants us to see, and that that – despite the intentionally cool detachment – is not quite complete. I mean, I don’t know whether I missed something but I still can’t quite explain how the cops knew about the train station?

Yet what Hill definitely does bring – beyond A-game car chases – is that dark, gritty flavour that all of his best films thrive on. Whether it’s Southern Comfort or The Warriors; Extreme Prejudice or the first 48 Hours; Red Heat or even the unnecessary Red Harvest / Yojimbo / Fistful of Dollars remake Last Man Standing, Hill is very capable of creating a thick and heady atmosphere, seething with tension; primed to explode. The Driver, perhaps more than any other film from him, was a true tribute to all things noir, and it’s a testament to his undeniable style (complete with a perfectly understated score, which knows just when to stay quiet, and just when to creep up on you) that the end result survives any slight criticisms to remain a classically cool whole.

If you love Drive, or love Bullitt; love car chases, or love super-cool anti-heroes and eccentric adversaries; or love all of the above, then you may well find that The Driver is that undiscovered gem that you’ve overlooked all these years. Recommended.