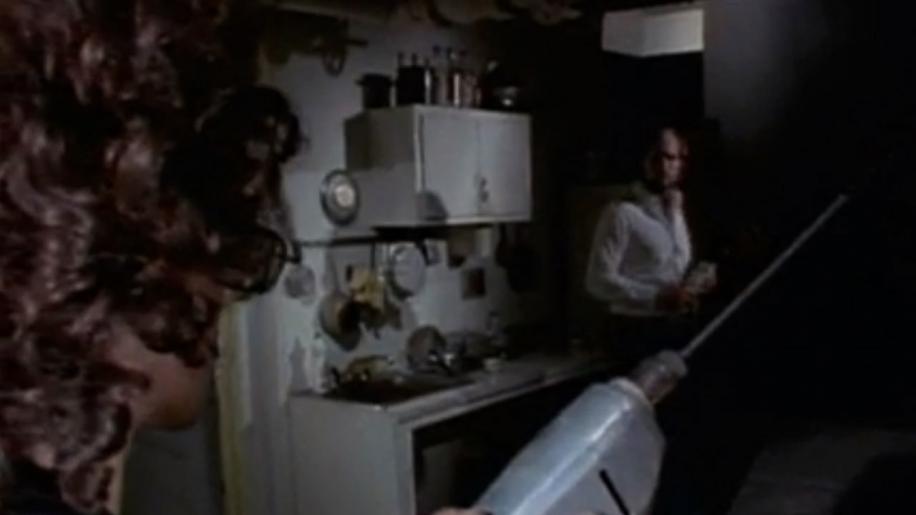 Directed by and starring Abel Ferrara The Driller Killer tells the story of one man's gradual demise into psychological turmoil. Reno Miller, a struggling artist, (played by Abel Ferrara and credited under the pseudonym Jimmy Laine), with no money, and even less patience for those homo sapiens strange enough to put up with the oddball's weird behaviour, finds himself pushed to the limit, and beyond, when a posse of new neighbours turn out to be an aspiring rock band with the stamina that would outshine even that of the Rolling Stones! Pushed over the edge by little sleep, and an art dealer becoming tired with the artist's increasingly weird creations, Mr. Miller finds his only release at night, when he reaches for his power drill and goes in search of another human skull in need of a good drilling.

I appreciate that this movie has somewhat of a cult following, and I do understand the not-so-subtle psychological references that attempt to depict the fragile state of Reno Miller's psyche (as hinted at in the accompanying booklet), but such “filmic craftiness” does not a good movie make, and for me The Driller Killer is a poor movie, with poor actors playing out a poorly planned, dull story. Yes, I'm sure its budget was all of twenty cents, but watching this movie leaves me feeling like an art critic having just viewed one of those colourful paintings reminiscent of that of a three year old... yet able to fetch a small fortune when up for sale; why does anybody give two hoots for this banality? Maybe I'm missing something - I just have to be missing something... but I cannot understand why this film attracts the following it certainly seems to have! For me, well let's just say I would be quite content to visit my dentist and have him drill my teeth without the use of novocaine with a bit matching the size of Reno Miller's own tool!?!

Just in case I didn't make myself clear - I found The Driller Killer to be mindless, dull, uninspiring, dross. Finis.