The Door In The Floor DVD Review 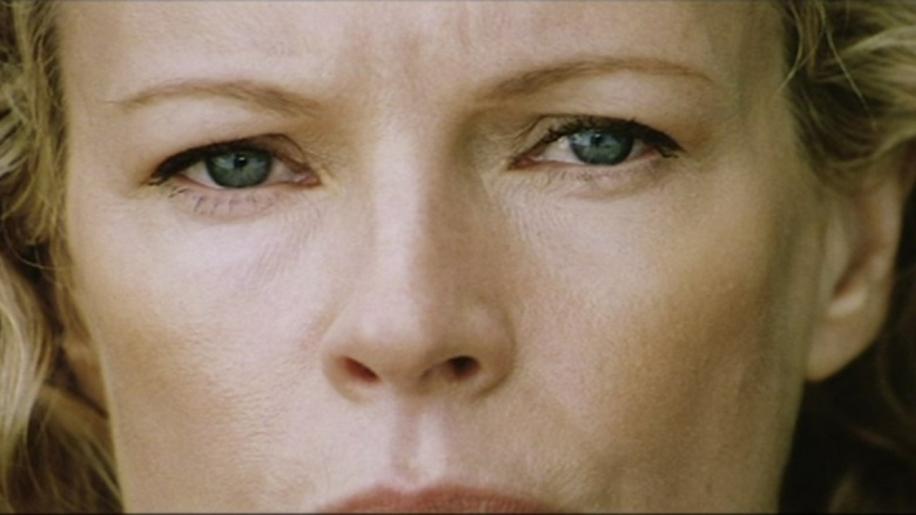 The Door in the Floor has been presented in a lovely 2.35:1 aspect ratio anamorphically enhanced widescreen transfer. It looks pretty fantastic, with firm adherence to detail, even in the low-lighting night-time shots. The clarity is good throughout, with very little noticeable softness, no edge enhancement and negligible grain. The colour scheme is limited to the setting, but the warm summer months on the beach allow for some mellow sun-blessed shots and a vibrant feel to the overall transfer. The colours are always well represented and the blacks are solid and deep. There was no noticeable print damage in the form of specks or blemishes, but then again you would expect it to be spotless considering how new the movie is. Overall it is a very good transfer.

The main track is a solid Dolby Digital 5.1 effort. The dialogue is consistently clear and coherent, mainly given the frontal array to play with. Effects-wise, there is a distinct lack of content to provoke much surround use, but there is still some nice nuance observation, with birds tweeting, waves splashing and so forth, as required. The score is subtle bordering on non-existent, but still suits the movie that way, although it also does not give the soundtrack much to do. Despite the lack of dynamic range, this dialogue-orientated mix is just what you need for such a dialogue-driven affair.

First up we get an audio commentary with Director Tod Williams, Director of Photography Terry Stacey, Editor Alfonso Goncalves, Composer Marcelo Zarvos and Costume Designer Eric Daman. Talk about over-crowded, the commentary is clearly and understandably dominated by Tod Williams, but they all get a brief moment to talk about their work on this production. From the credits - consisting of ink drawings actually done by Jeff Bridges himself - to its basis on a best-selling book, the group have a great deal to say but still somehow manage to find time to pause too often for my liking. They talk about the specific shots, the performances by the chosen cast members, the subtle touches that you may not notice on a first viewing and generally have a good time sharing champagne whilst watching the movie together. It is a nice if slightly unmotivated commentary which is worth dipping into when you can spare the time.

Frame on the Wall: The Making of The Door in the Floor is a twenty-five minute documentary that has lots of behind the scenes footage, stills and interviews with the cast and crew. Director Tod Williams discusses how he first came across the book and how he carried the project through to fruition. Kim Basinger, behaving in an extremely coy manner, chats about her character and what she needed to overcome to play her role and Jeff Bridges pops up to praise the director and the material. They both also get the opportunity to chat about one another. It is an interesting and very comprehensive featurette that even contains some brief and revealing clips of rehearsals and is worth watching if you liked the movie.

Author John Irving: From Novel to Screen is a sixteen minute extended interview with the writer of the book and that the film was adapted from. He discusses his previous work, sometimes writing novels that he allowed other directors and screen-writers to adapt, but also being keen on bringing some of them to the Big Screen himself. In the case of this work, he talks about how hard it was for him to see it interpreted into pictures and the processes that the production undertook. Most interestingly he discusses more about how the movie was based on only the first third of his novel, painting a very different picture to the murder mystery that the book effectively turned into. Needless to say he also spends a great deal of time praising the director Ted Williams for doing such a wonderful job at adapting it. His words are illustrated by art stills, behind the scenes photos and footage and some clips from the main feature, although the fact that he narrates over them makes it much more interesting. This featurette is well worth your time.

Anatomy of a Scene is a Sundance Channel original production spending twenty-five minutes looking at the movie and focussing on one particular scene. There is little that hasn't already been discussed before, but it is quite nice to get a few new perspectives and a little more contribution from the main cast and crew. As is often the case, the one negative aspect is the over-use of footage from the main feature itself - something that was thankfully missing from the other two superior featurettes.

Finally there are several brief and thankfully skippable previews on disc start-up: a general Focus Features productions montage, a teaser trailer for the award-winning Eternal Sunshine of the Spotless Mind and a teaser for the Kirsten Dunst romantic comedy Wimbledon.

The Door in the Floor sees two B-movie greats reunite for a touching little drama about sexual awakening in both teens and adults, a drama about the forging, destruction and salvaging of relationships. Presented with a very nice transfer and a perfectly suitable soundtrack, along with a superb set of extras, if you fancy seeing what these two stars have been up to recently then give it a whirl. It gets a definite recommended rental from me and, depending on how much you like the cast and the original author's previous work, it marks a potential outright purchase.