The Day After Tomorrow DVD Review 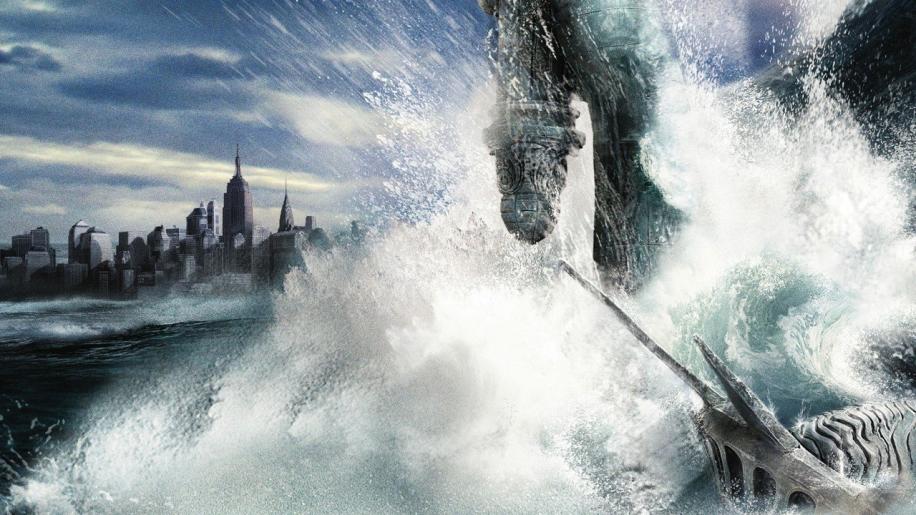 The 2.35:1 image is on a par with the R1 and R2 UK discs reviewed elsewhere on the site. The image is relatively sharp thoughout bar some long shots which look at little soft, the print is also damage free, no signs of dirt or scratches here. Colours are rich and well saturated with skin tones appearing natural throughout. As blockbuster epics go, this looks good.

Standard action movie sound mixing is on show throughout this movie, with plenty of excuses used for over the top aggressive surrounds. Dialogue remains intelligible and the music score is dynamic throughout. Like the R1 disc, the DTS track just edges it for overall depth and dynamics.

Disc 1 features a commentary track with Director Roland Emmerich and Producer Mark Gordon and a separate commentary track for the production staff. Both are interesting and informative and cover the majority of issues surrounding the production of the film. Also included are music videos from Japanese pop groups.Moving onto Disc 2, this holds the majority of the extra features and breaks them down into four areas, The Science of Tomorrow, Inside The Day after Tomorrow, Global Watch and City Freeze. Starting with The Science of Tomorrow we are presented with the documentary “Force of Destiny” which runs for 60 minutes. This feature is extremely well produced and covers the compelling stories and myths behind Global warming. Featuring interviews with many respected scientists, the film discusses what we need to do as a planet to change our polluting ways before it is too late. This also includes the politics behind many of the decisions that need to be made to save the planet. Next up is the Inside The Day After Tomorrow section which is split further into three sections, pre-production, production and post production. Starting with pre-production, there are short features on pre-visualisation techniques, storyboarding, production meetings and concept art galleries. The production option plays the 1 hour 9 minute documentary “Filming The Day After Tomorrow” which features extensive behind the scenes footage along with interviews from cast members, again this is well produced and a step above the usual press kit standards. The post production area features a look at scoring the film and a look at the mixing stage of the helicopter crash as well as an interactive sound mixing demo. The main feature in this section is on the visual effects shots and how they were achieved. Rounding of the disc are a interactive Global watch and City Freeze features which involve the user picking a city or country to see how global warming will effect that area in the future, as well as stating when real incidents have occurred in the past. All together the extras on this two disc set are comprehensive and certainly worth at least one viewing session.

Some stunning effects can't save this turkey! The disc presentation is however excellent with more extras than the R1 release and on a par with the UK release. Is it worth the trouble of importing? That's up to you.