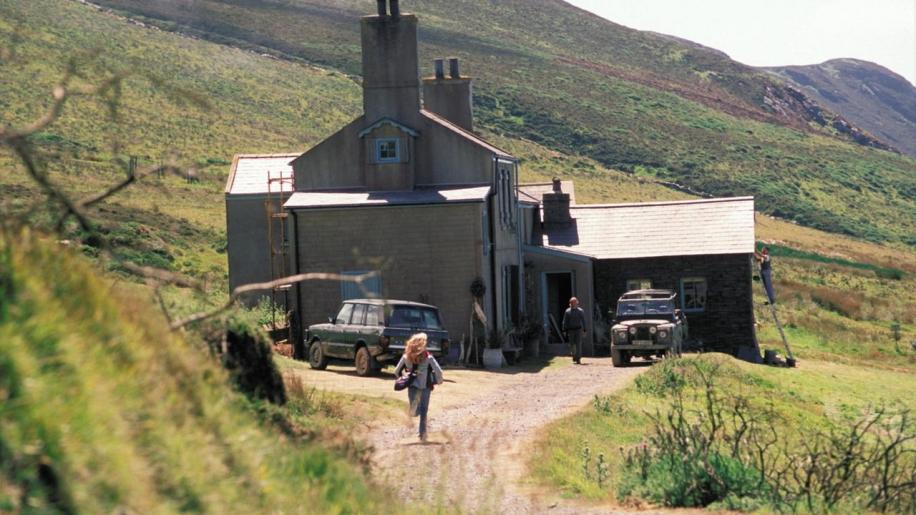 This has a very nice transfer, with no signs of print damage or dust affecting the transfer - hmmm, direct to DVD in the States? Colours are very good, from the blue of the sea, the greens of the grass and flesh tones looking fine too. Detail is very good, for example on close ups of Bello's face, we can see the blemishes and even at not-so-close shots, we can make out some of these details as well. There's no obvious signs of artefacting, possibly because this is a very bare bones disk and Sony actually have had it encoded very well. As the latter parts of the movie are very dark, and I do mean very dark otherwise the title is a bit of a misnomer, it's good to see that the black levels are nice and deep while still maintaining an excellent amount of detail. With transfers as good as this and Geisha before it, maybe Sony have finally ditched “Superbit” as a tag and are doing the right thing. All in all a superb looking disc. As the transfer before it, the Dolby 5.1 soundtrack that accompanies this movie is very good also. We have clear dialogue throughout, with some nice ambient use of the surrounds, which give a much needed atmosphere to the movie, especially through the musical score which is quite evocative. However, no matter how nice the ambience and dialogue, with some very effective surround usage (chain rattling in the background), there are two words I would use to describe the soundtrack - unnecessary loud. When the soundtrack gets busy, via use of stingers or when the momentum increases, you'll find that the soundtrack really booms - in fact I turned down my amp by -5db because it was that aggressive during those moments. However, turning it down didn't detract from the audio whatsoever, so consider it more of a warning when watching this. Sadly the only real extra is an Alternate Ending which runs for 12.06 and is in anamorphic widescreen, but not in 5.1 surround sadly. I'd argue it's a slightly more upbeat ending, but it will still make you go “Huh?”. Not sure which ending I prefer, but it would have been nice to have a branching option. The Previews section of the disk features trailers for “Ring Around The Rosie”, “Chasing Ghosts”, “When A Stranger Calls”, “Underworld Evolution”, “The Amityville Horror” (both original and remake), “The Fog”, “Capote” and a horror compilation trailer. A better working horror than some of the drivel Hollywood has server up in the last 12-18 months, but it doesn't disguise the fact that it wears its influences on its proverbial sleeve. While I will never quite recover from the unintentional Sheep-Lemmings, this isn't the worst horror movie I've seen in a while but I can't help feeling that it needed to find its own voice rather than borrowing a chorus of others. Maybe I'm being overly harsh, but while it is worth a look, it won't redefine the genre any time soon.